The corpse floated under the decrepit bridgework towards the heart of the village, inched along by soon-to-be-corrupted seepage of the Graywater River. Children, pox-marked and pallor, were quick to take notice of the bulbous flesh pile as it quietly moved onward. The game was on, shrieks of depraved laughter escaped from their rot-warped mouths. With nets, hooks, and spikes the body was quickly dragged to the shore destined for one of the half dozen butcher shops within Dredge. For each corpse brought in each child was given their share of Drudge Sweets, the only thing these creatures could still taste.

No Masters but the Slough

Food and materials, riches and waste, the slough supplies the people of Drudge with their livelihoods and their nightmares. With their basic needs met, Drudge rejects the calls of unity from Shardholm, the promise of wealth from Seawatch, and the religious pressure from the City of Marble preferring their isolated independence over offers of safety.

Free of the laws of any Capital, Drudge is governed by the Lord of Sea, who deals with resource acquisition and affairs outside of Drudge and the Lord of Slough, who manages internal affairs and village planning. While both posts are not officially elected, the village has the power to remove either Lord if they feel another member of the community could perform the role better.

What is a Slough?

In North America, "slough" may refer to a side-channel from or feeding a river, or an inlet or natural channel only sporadically filled with water.
Wikipedia Article 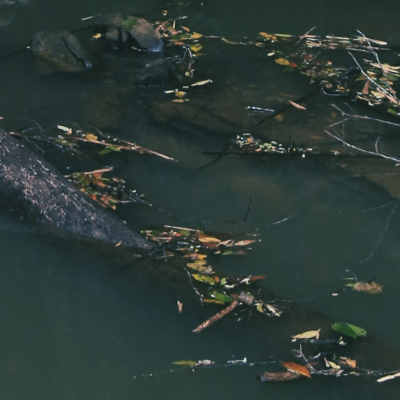 Thousands of corpses lay at the base of the Graywater River, bloated and rotting. Over the years, these corpses have nearly stopped the flow of the river as it reaches the Blacksea creating a unique environment based around fester and rot.
This bile-ridden slough-land was only made worse by the arrival of the Runegate that seemed to have empowered the scavengers and parasites that feast upon the decade-old corpses. This unique environment of death, magic, and pestilence has created Drudge a fortune from selling poisons, alchemical reagents, and literal motes of death.

Answering: "Describe a settlement that is famous for a particular resource, product or item created there."
Visit Oneriwien's Competition Page Check all other answers to this prompt Competition Homepage