Haven is one of four major territories within the Solith located on the Western shores, below Moorwald and Westernly adjacent to Los'Mozakas. The insurmountable mountain range that makes up the Throat of the World keeps Haven fairly isolated from the rest of Solith.
Due to the events of Lady Death's fall nearly a hundred years ago, much of Haven's population is condensed into large cities known as Capitals. During the Fall, only cities that were self-sufficient were able to survive the Unfallen plague leading to much of Haven being uninhabited by the living.
Now, in the wake of Lady Death's Rebirth, every Capital with an army to muster claims once-abandoned land as their own. As they encroach on their neighbors, this expansionist colonization comes at an ever-increasing cost of resources and the safety of Haven's Sophonts.

Ten years have passed since Lady Death was brought back from the brink of death. Though the world rejoiced at her return, consequences unseen were quick to fall upon the land. With the threat of the Unfallen having passed, the people that had once locked themselves behind the walls of their large cities have grown restless and seek to move out and expand their control over the lands of Haven once more. But with each push to stake claim to the land, it feels almost as if nature itself is fighting back against the conquerors.
Shardholm, often considered the most successful of the capitals, has been at the forefront of this expansion. Lady Holm has made it the priority of her people to claim as much of the Verdant Expanse as they are able, even going as far as renaming the Western coast to the Shardlands.
To maintain order in this new realm of unhindered colonization and rampant expansionism the Capital of Shardholm has mustered together a new military branch formed of loosely connected mercenaries known as the Vanguards. Barely formed and roughly trained, these Vanguards are given minimal equipment and kept on a tight leash.
Our history begins here with the first of the Vanguards. Tasked with the protection of the Shardlands, they are sent to investigate claims of a corrupted and contaminated water source, the Resting River, which supplies much-needed freshwater to the Shard of Restbrook. While this first task seems small in scale, mysteries and conflicts will arise surrounding the dawn of the “Elemental Corruption”. Only together will the 1st Vanguard survive the ordeals that will come to pass, and hopefully see their service through.
— 1ST VANGUARD Campaign Introduction

Ravare, by its very nature, is a plane of magic and mystery. Magic runs through the very lifeblood of the plane and is wielded by the lowly adventurer to the highest Divine. Magic shapes the land, history, and its people as it plays a key role in both creation and destruction.

Heroes exist. They wear the faces of commoners, bruised and frightened by the hungering darkness that grips the realm. When the stakes are set, and the horrors of this life creep in, some individuals cross that long-forgotten bridge to heroism. Noble souls form out of the broken and the damned.

Ravare is a realm of horrific acts and terrible choices. The gods are cruel and fickle creatures, while the mortals are desperate to survive, and together they tell woeful tales of desperation and arduous trials. Not even the Divines survive unscathed, and many are haunted by dark and terrible secrets.

Life within Haven is fantastical in nature but horrific in design. Whether tormented spirits seeking vengeance on the living or twisted creatures of the untamed wilds, life on Haven is far from pleasant and accommodating. The world is a brutal bid for survival aided by magic, gods, and otherworldly forces.

Violence. Homicide. Cannibalism. Necrophilia. In a twisted world void of morality, compassion, and civil decency, there exists a deep and hungering madness. This very madness is worshipped like a god and held above all others. Those with the will to resist its call are often broken by those who have accepted it with zeal.

The creatures of Haven are influenced by death, but not held down by it. Some corpses will rise to torment the living once more. Other monsters fade away to return another night. Sophonts themselves once rose to become Unfallen in years past. Even Lady Death was reborn at the brink of death. Death may not be final for everything.

Welcome to Haven, a place secluded away from the rest of the world. Where travel by land or sea would be easy in other realms, Haven is tucked away on a far-flung and inaccessible continent known as Solith. Blocked in by a treacherous sea to the West, a mountain range vast in size and near impassable to the North, and finally by a jungle thick with monsters and beasts of madness influenced by a brutal Goddess. The humanoids of this land, known as Sophonts, come in many shapes, sizes, and creeds. From the proud Manfolk and cursed Greenfolk to the fair Faefolk and primal Beastfolk, among many more. Each has a rich history, filled with a unique tale of strife, conflict, sacrifice, and pain. Few have clung to existence in Haven and remained unscarred by the arduous trials of this wretched realm.
As Sophonts began to flock to the shores, basins, plains, and mountains of Haven, they brought their Divines and religions with them. These corporeal Divines were not invisible forces but walked among mortals, living alongside Sophonts and even ruling over them. The whims and wills of Divines and their faithful were as palpable and apparent as the changing of seasons. The combined forces of mortals and gods convening in Haven were the cause of much turmoil and combat, sparking decades-long wars and centuries of blood feuds. Wielding theurgy and faith like weapons, Divines would shape the landscape of Haven with miracles or tragedies whenever and wherever they saw fit. 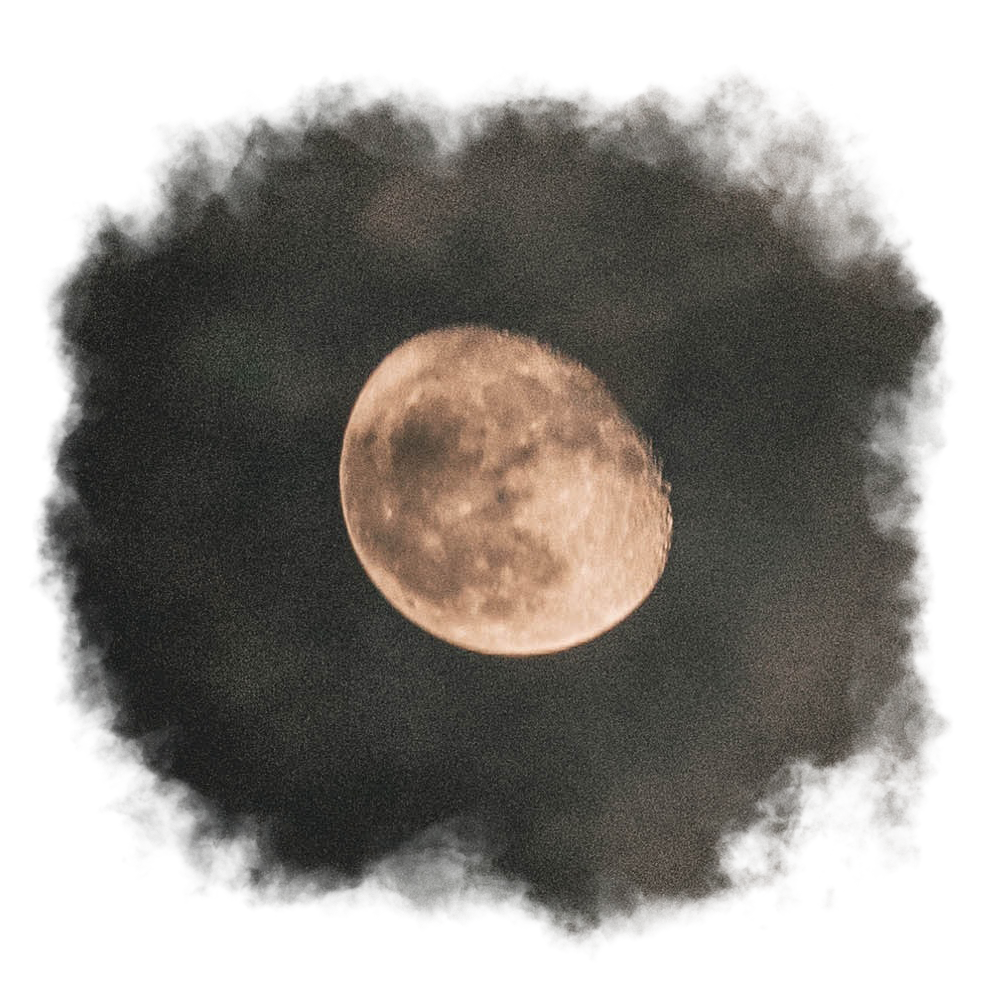 While there are plenty of events throughout Haven's tumultuous history that have involved the Divines, one such incident that happened nearly one hundred years ago played a significant part in the shaping of Haven as we know it: the Fall of Lady Death. A Goddess summoned to the continent by Humanity from their lost homeland, Lady Death forcibly shaped the natural laws of life and death on Solith. However, when she was struck down by other Divines, those stringent rules fell to ruin; fueled by her rage against the living, the dead began to rise again as the accursed Unfallen. This plague of seemingly mindless undead drove the Sophonts from their homes and ravaged the land, forcing life to erect fortified cities and bulwarks of survival that exist as the Capitals of Haven. As self-sufficient as possible, these Capitals held their ground against the Unfallen hordes, having to manage every resource down to the disposal of the recently deceased and even the spread of information.
Now, ten years after the Rebirth of Lady Death, revived to end the Unfallen plague, those Capitals are beginning to open up and stake their claim on the abandoned and ruined land around them. Unfallen, now freed from the torment and rage of Lady Death, find their sophontic minds once more and must learn to live in a world that has spent decades learning to hate them. Still heavily influenced by the days when the Unfallen were merely a mindless plague of hungry undead, the Capitals are balancing the greed of colonization with the fears of what goes bump in the night. Shardholm, a diverse Capital lead by one of Humanity’s First Men settlers, is considered one of the most successful Capitals and is at the forefront of this expansionism ideology. Lady Holm, Queen of Shardholm and claimed ruler of the coastal lands she has named the Shardlands, heralds the cause of unity and strength in numbers against the unknowns of this world.

The Territory of Haven

Haven
Open full size
Haven is a region within the continent of Solith.

The Eastern-most Expanse of Haven that was once part of the Verdant Expanse. Once a lush plains, the Blistered Expanse was turned into a charred wasteland by the Fall of Lady Death.

The Northern-most Expanse of Haven was once home to the ancient First Men that first landed on Haven. Now home to hundreds of collapsed ruins and an ecosystem lacking in animals, the Jagged Expanse welcomes the curious and the foolish to explore its long-buried secrets.

The Southern-most Expanse of Haven made up of a single, vast desert contained by a mountain range known as the Shardtooth Range. This Parched Expanse is the ancestral home of the Greenfolk and Mohrites.

Found nearly at the center of Haven, the Solemn Expanse has been the battlefield of several wars. Recently, the corrosive and corrupting Blight created by Scourge has consumed almost half of this Expanse.

Bordering the Parched, Solemn, and Blistered Expanses lies the Verdant Expanse, a veritable sanctuary for forest and coastal life. Known to be the foundation for the proud Beastfolk, lush ecosystems have taken refuge here during times of disaster and death. This Expanse is also the most populated one, being the home of both the Shardlands and the Gorgewald Forest.
Informative Articles