A Guide to Languages

Description coming soon here about how every language originates from 10 original elemental languages.

5e Ruling: When a Sophont grants you the ability to speak "Common", you may instead pick two of common languages.

5e Ruling: When you gain a language proficiency you may select it from any of the Common or Uncommon languages.

Alphabet
None
Difficulty
Hard
Origin
None
Realms
All of them.
Universal sign language.

5e Ruling: Unlike the other languages, Exotic languages require you to use two of your language proficiencies to learn unless given specifically by a background, class, feat, or sophont.

5e Ruling: None of these languages are commonly available, these are only avaiable with GM approval or when specifically given by a background, class, feat, or sophont. These languages also cannot be understood with spells such as comprehend languages. 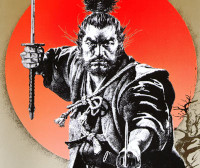 I love the thought behind the categories you use for the languages! Gives me stuff to think about for my own languages!


Languages are at the heart of all sophontic society and culture. To understand them is to understand your people's past, present, and future. On Solith, the languages of Humanity have had an irrevocable effect on the civilized world. Yet, the languages of the continent's native inhabitants have managed to cling to existence in the strangest and most intriguing ways.