The Kingdom of Éirigh features a feudal system of governance that has existed much longer than the kingdom itself. This system was born from the wild, lawless times before The Great Alliance was forged, when the kingdom was an unclaimed territory, and much of the system has remained unchanged. For a quick summary, check out the chart below to get a feel for how everything is connected.


The King is the political head of the kingdom. He is responsible for keeping the Lairds in line, maintaining the alliance that holds them together, and he has the power to name and remove them as he pleases. He is also in charge of foreign relations, from maintaining trade lines from beyond the kingdom to forging and maintaining peace treaties along the borders.

Despite being the head of the kingdom, the King only owns and directly rules a small section of it, known as The King's Lands. This region includes The Royal Palace of Éirigh, The Royal City, and the Woods of Escaine. However, as the King, he is expected to protect all citizens of the kingdom, which he does by ensuring the Lairds treat their Tenants with fairness.

Just as the Lairds each have an Order of Knights to protect them and their lands, the King has The Royal Guard to both act as his family's personal guards and protect his lands. These men can also be dispatched to aid in the protection of the kingdom's borders, when necessary. As the head of foreign relations, the King also resides over The Royal Navy, which is responsible for protecting and guiding all overseas trade exchanges.

Many believe that the Court of Lairds should be officially dissolved, as they did nothing to stop the Traitor King Máirtín I's rise to power. There are still questions as to the legitimacy of his family's claim to the throne, as he used force to remove or coerce the Court of Lairds to ratify his position.


Outside of The Court of Lairds, each Laird has a great deal of power. As the ruler of the lands they have been granted, they are responsible for protecting their borders, taking care of their Tenants, and keeping the peace. To accomplish this, each Laird has their own Order, and the ability to Knight anyone they choose into their service. Their voice has the same power as that of the King in their own lands.

In order to maintain their position as a Laird, they must pay half of the rents (taxes) they collect from their Tenants to the King. Each Tenant must live in accordance to the rules of their Laird, and pay the rents at whatever rate he sets. In exchange, the Tenants receive the protection of their Laird and his Order, and the right to live upon and use his lands for their agricultural or trade work.

Within the household (aka Castle or Estate) of a Laird there is a structure, as well. Each Laird selects a Seneschal, who acts as the head of their Order and is their right hand man in all things. There is also a Clerk, who is responsible for running the castle and finances of their Laird, including training and organizing all staff members and Bond Servants. Finally, each Laird has a Head Ostler and Marshal, who work together to maintain his stables.

One could easily equate a Laird to the King, but reigning over only a small section of the kingdom, rather than all of it. The Lairds are the richest members of the kingdom, and often regarded as the most important.

A Noble is anyone that the King has recognized to be a member of the highest classes of society. Many of them live within The Royal City, and they have the ability to travel about the kingdom at will. Typically either personal relations of the King or else incredibly successful businessmen, this class is ruled directly by the King, and is responsible for two things: first, to display the wealth of the kingdom in all foreign and native affairs, and second, to financially back any action the King may choose to take. They rarely have any power beyond their money, and can be added or removed by the King as he sees fit.

A Foreman is the head of a settlement upon a Laird's lands, elected through unofficial vote by the Tenants living there. Often the originator of a settlement, the Foreman is responsible for all communication with the Laird on behalf of the settlement.

Tenants make up most of the kingdom's citizens, and may also be referred to as commoners, or the everyman. These are the "normal" people of the kingdom, who live on the lands of a Laird, work the lands or provide tradesman services, go about their lives, and pay their rents. They have no power, and often less comfort, but they get by.


The Kingdom of Éirigh itself arose from a loose collection of Lairds that had settled in the unclaimed lands between The Kingdom of Coimeádach and The Kingdom of Abhainn, seeking to create their own fate and fortune. When these bordering kingdoms sought to expand their lands beyond the No Man's Lands and the Teorainn River, waging war with the well established Lairds they found on the other side, a simple alliance was formed between the Lairds along the borders in order to defend themselves from the attacks.

As these battles gradually turned to all-out war, Anchéad Slánaitheoir called for a peaceful gathering of the Lairds, and together they created The Great Alliance, which joined them together as one force. By pooling their resources together, they had the power to defend their borders. When they had successfully driven the invaders from their lands, a second gathering of the Lairds was called to order. In this gathering, it was decided that the alliance would become permanent, and a new kingdom was founded. As the originator of The Great Alliance, Anchéad Slánaitheoir was selected as their leader, and became King Slánaitheoir I of Éirigh.

Together, they wrote The Feudal Alliance System into law, expanding on the existing structures within their fledgling kingdom. It was decided that the King would act as the Laird of Lairds, merely repeating the existing governance system of their kingdom at a higher level. The Lairds would continue to own and govern their lands with the freedom they had always had, while the King would act as a uniting force between them, and settle any disputes that may arise amongst the Lairds.

As time went on, and generations passed, the King became more powerful, receiving the power to grant and strip Lairdships as he pleased -- an act ratified into law by The Court of Lairds when a Laird and his entire family were cut down by plague, and his neighboring Laird attempted to take control of his lands, taking much of the population of his lands as Bond Servants. Such an act was considered inhumane, and it was decided that the King would be entrusted with the duty of regulating the Lairds from that point onward, while the Lairds would retain the power to remove and replace the King if they voted unanimously for such drastic action.

The Feudal Alliance System has remained largely unchanged since the rule of King Slánaitheoir III.

A very thorough, well thought out description of your modified feudal system. Well laid out, just enough info to answer questions without being exhaustive. Excellent article!

Thank you so much! I'll likely go back through at some point and fill out a bit more detail, but I'm pretty happy with it ^_^ 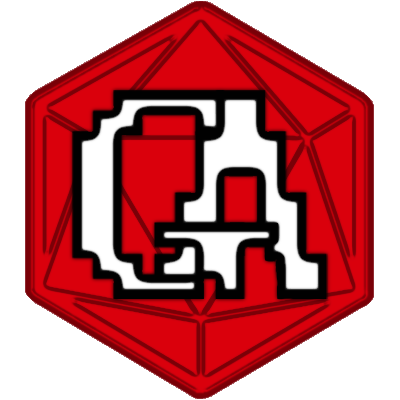 That chart is amazing... Great work.

Thank you so much, Zeuk! It took much longer than I'd like to admit.

I can only imagine! Hard work paid off though. Definitely gives a great outline of the structure.

Very good article! Are you thinking of making a flag for this nation?

Thank you Sacha! Eventually I will, but for now my focus is on building out the world further and getting the ding dang novel finished ^_^

Great plans! Can't wait the results of these, don't hesitate to also come to my world to give your opinion and subsribe if you think I deserve it.