This article is a work in progress. For a more detailed history on Amaladh's life, see Prince Finnlay Slánaitheoir.

“Ready, sir?” Amaladh asks, clearing his throat to hold back a tremor. I roll my shoulders, taking a deep breath to brace myself, and nod. The first match is over in a flash, his foil clattering to the ground before he has time to blink. He recovers quickly, collecting his blade and reining in his focus. This time, I can tell he’s ready for business, the initial jitters thrown aside.
— OUTSPOKEN, Book One, Chapter 6


Amaladh is first introduced as a Knight of Laird Sadach's Order in Book One of OUTSPOKEN. As an inquisitive and kind hearted person, he is perhaps the only member of the Order that Lucian "Deordhan" Cathasach doesn't abhor. The two slowly become friends over the course of Book One, and eventually find one another to be trustworthy confidants.

Major Spoilers for Book One and Book Two. Seriously, don't click if you plan on reading, or you will be very sad!
Toward the end of Book One, it is revealed that Amaladh is actually a spy for The Order of the Green Cloak, sent by Prince Finnlay Slánaitheoir to keep tabs on The New Order and learn what happened to Lady Sinè Sadach. At the climax of the novel, Amaladh accidentally gets Lucian, Caillte Dochtuir, Philipe "Pip" Misneach, and Lady Meg Beygar tangled up in the Green Cloaks' attempt to free Lady Sinè.

While the plan was for them to sneak her out and return to their posts without raising a fuss, a tragic misunderstanding leads to Meg's murder, and the entire group must run for their lives. This twist brings all of them to Finn's secret hideaway in the Woods of Escaine, where their lives will become inextricably linked to the fate of the Kingdom itself.

Dancing eyes that hold both great joy and great pain. A tender heart that can't help showing through on worn sleeves. Natural inquisitiveness prone to getting him in trouble. Laughter as warm as the candlelight of Samhain. Look for the one torn between an easy swagger and a clandestine tiptoe, and you'll find him. If that doesn't work, look for the knight fool hardy enough to ask questions.

This section is a major work in progress. For more information, see Prince Finnlay Slánaitheoir.

Major Spoilers for Book One! Seriously, if you want to read it, don't look. You will be very sad.
Dílis is the eldest son of Sir Éalaigh Casey, the Captain responsible for saving Prince Finnlay from The First Great Dynastic Shift. In his early youth, his father granted him the best education available, preparing him for a future as his heir in The Royal Guard.

At the age of 18, on the night of the attack that would nearly wipe out The Slánaitheoir Royal Family, he was tasked by his father to lead the Prince out of The Royal City to refuge with distant family in the small village of Muintir. For weeks, he lead Finn, his mother, and his little brother, traveling under cover of night until at last they were safe under the protection of Uchtach Cathasach.

From the moment of this daring escape onward, Dílis never left Finn's side. Though at first he did this out of duty from his childhood training and to fulfill his father's dying wish that the Prince be kept alive, his reasoning gradually changed. By the time Finn made the decision to flee across the border into The Kingdom of Coimeádach, Dílis had become close friends with the Prince, and pledged himself to serve him as his father had, to his dying breath if need be. Together, they survived the treacherous pass through the mountainous No Man's Lands, and for the following four years, Dílis never left Finn's side.

In their years of hiding, the friendship between the two grew into something much, much deeper. They were enchanted with one another, falling deeper in love by the day it seemed. But Coimeádach was a highly conservative and religious Kingdom, and while Finn was working tirelessly to gain King Jonathan V's assistance in retaking his throne, it was necessary for them to keep their love a secret.

When at last King Jonathan V agreed to assist Prince Finn, Dílis was ecstatic for his beloved. But that very deal would be what broke his heart. On the final day of negotiations, King Jonathan V made an addendum to their deal. Should Prince Finnlay's quest succeed, he would wed Princess Mary of Coimeádach in order to seal the peace between their kingdoms with a bond of blood. Finn had no choice but to accept the proposal, and that night would be the last time they embraced as lovers.

Dílis put on a brave face for Finn's sake. But inside, he fell apart. Finn was all he had left after The Burning of Muintir took his family from him, and losing him in this way was the deepest cut of all. When they at last returned to Éirigh, Dílis sunk deeper and deeper into depression. Every glance, every shared look, every friendly pat on the shoulder only served to drive the dagger deeper into his heart.

And so, when Lady Sinè went silent, making it necessary for someone to be planted in Laird Breith Sadach's Order -- a suicide mission, for certain -- in order to keep the Green Cloaks informed, Dílis volunteered. Finn refused his request outright, and the two fought for weeks, but Dílis was determined. At long last, he convinced Finn that he was the only logical choice for the job. As he left the hideaway, resigned to his fate, Dílis breathed deeply for the first time since Finn's betrothal.

But his freedom would be short lived. In the wake of Sinè's Escape, these star crossed lovers have whole new mountains to face.

Major Spoiler!
Trans Woman -- Closeted
Due to Loddy's years of hiding in conservative Coimeádach with Prince Finnlay Slánaitheoir, and later accepting a suicide mission to infiltrate Laird Sadach's Order as a Knight, it has never been safe for her to come out, and she has sacrificed all hope of living as her authentic self in order to throw her all into Finn's quest. He is the only other person that knows. Due to this, Loddy's pronouns are still publicly he/him (which I have respected everywhere but in this spoiler for her safety), and she presents as male for most of the series.

To see Prince Finnlay back on his rightful throne, regardless of what it may cost him.

Amaladh is capable of easily charming and putting anyone at ease, regardless of class. He has an easy way with people, and his happy, unassuming presence is often welcomed. However, he struggles to be vulnerable with anyone after years of hiding who he truly is, in every aspect of his life.

Though he has more self control about it than Lucian, Amaladh cannot stand by as injustices occur without speaking up, unless doing so would reveal his true purpose and put Finn at risk.

Knight in the service of Laird Breith Sadach.
Friend to Lucian "Deordhan" Cathasach, Caillte Dochtuir, and Philipe "Pip" Misneach.
Major Book One Spoilers!
Dear friend, personal guard, advisor, and true beloved of Prince Finnlay Slánaitheoir.
One of the founding members of The Order of the Green Cloak.
Acquainted with King Jonathan V and Princess Mary of Coimeádach of Coimeádach.

“Why so skittish there, Deordhan? It seems to me you might be expecting someone. Who’s the lucky lass?” He asks, his eyebrows waggling in a knowing way, and I stare daggers at him until he lifts his hands in surrender. “Alright, alright, fine. Have your secrets.” He laughs, but the moment we pass the first throng of guests, he jerks me sharply into a side hall, looking about for anyone close enough to overhear with fear in his eyes.
“Lucian, keep an eye out tonight. The Laird is up to something. Be careful.” His words are short and clipped, his eyes probing mine with sincerity, and with my brain muddled by his sudden transformation, I nod.
— OUTSPOKEN, Book One, Chapter 15


Most of the time, Amaladh moves with a noble grace, easily maintaining a seamless, happy-go-lucky facade. But the moment he drops the act, he becomes a jittery, stuttering mess of nervous and chaotic energy. You either know him by his brilliant smile, or fear the moment he lets it drop, uncertain what he'll do or what he's capable of.

Laid back, often filled with joking and laughter. However, in his moments of deepest sincerity, his voice grows hoarse, and his speech becomes stunted, like the words are fighting not to leave his throat.

As a knight of Laird Sadach's Order, Amaladh makes a fairly comfortable living, and is provided pleasant room and board.
Major Book One Spoilers!
However, every shilling he makes that is not necessary for maintaining appearances, he sends directly to the Order of the Green Cloak to aid Finn's quest under the guise of supporting his family -- which isn't entirely a falsehood. This money is then used either to aid the towns and villages assisting Finn, or put towards meeting King Jonathan V's demands. 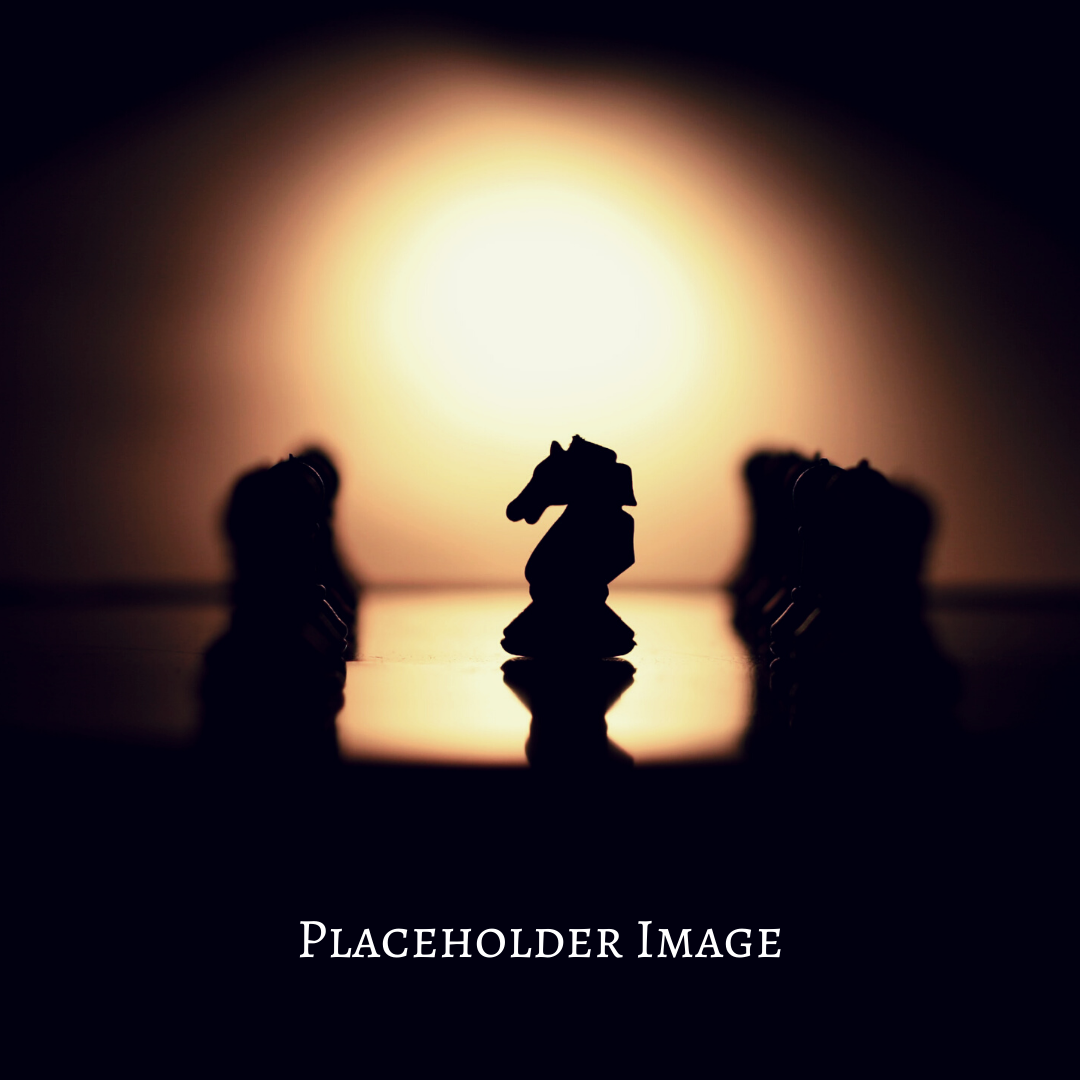 Aligned Organization
The Order of the Green Cloak
Other Affiliations
Known Languages
Literate and decently well-read.

The main character of the OUTSPOKEN trilogy, Lucian is a mute bond servant in Laird Sadach's service. We see the world through his eyes, experiencing Éirigh from the darkest fringes of society.

Perhaps the most feared Order in all of Éirigh due to their Laird's cruel nature and record of brutality. Laird Sadach's Order plays a major part in OUTSPOKEN, especially in Book One.

Look at all those spoilers that I want to click on but I won't! Aaaa! Amaladh sounds like a really interesting character.

I tried so hard to make it safe for you xD

I am intrigued. Mystery <Spoiler> is so mysterious, even their gender is mysterious.

Some of them are spoilers from Book Two and Three on this one. It was so hard to use spoiler so much, I hate hiding things, but this character is *deeply* entrenched in the ending of the trilogy. xD

Man. Guess I'm gonna have to read the books huh.... sounds like a really dope character :)