“Lucian?” The voice fills me with such warmth and joy, I hardly register the blessing of my true name being spoken. Caillte quickly crosses the yard, moonlight winking from the stalks of straw caught up in his blonde hair. We come together in a warm embrace, and for a moment, my mind is finally still.
“Thank Christ. I was beginning to fear you wouldn’t make it.” He smiles with relief, taking me in for another beat as though to ensure I’m truly here.
— OUTSPOKEN, Book One, Chapter 3


Caillte is the human embodiment of a golden retriever -- curious, loving, and positivity incarnate, but unafraid to stand up for those he loves, no matter the personal cost. At the young age of 10, he witnessed the burning of his home town, where he lost his parents. He only made it out alive himself because of the actions of Lucian "Deordhan" Cathasach, making them the only known survivors of the tragedy. In the aftermath of this event, the young boys became Bond Servants to Laird Breith Sadach, indentured for life.

In the OUTSPOKEN trilogy, Caillte is the near constant companion of Lucian, the main character. Like brothers, they have their ups and downs, but they can depend on each other in the good and the bad. Neither could make it in this harsh world without the other, and they would do anything in defense of one another.

The warmest of smiles, often accompanied by contagious laughter. A calming presence even in the harshest storms. Stalks of hay constantly sticking out from his mop of hair. A smudge of dirt on the tip of his nose. Eyes filled with excitement and love like a young pup when you finally come home from work. The epicenter of an explosion if his friends are in danger. Look for the brightest point of light in the room, and you'll find him.

When he's upset, he works his hands into fists, clenching and unclenching as his jaw grates back and forth. When he's happy, his eyes almost glow with the joy bursting from within him.

Caillte grew up in the small village of Muintir, where he spent much of his time studying the art of his parents, who were skilled healers. During this time, he became close friends with Lucian, who also taught him to work with horses.

At the age of 10, he lost his home and family during the Burning of Muintir. He should have died in the blaze, and would have, if Lucian hadn't come to his rescue. For one long night, they evaded capture, hiding out in a decrepit old barn. Caillte slept while Lucian kept watch, desperately trying to think up a plan to find help. The next morning, seeking water, they ran into the very knights responsible for their home's destruction.

Seeing something in the boys, Sir Torai Dorchadas took them prisoner, rather than executing them, and delivered them to Laird Sadach. They were granted their lives, but sentenced to a life as bond servants in the Laird's household. During this altercation, Lucian lashed out at the Laird, and for this crime, he received the corporal punishment of becoming a Deordhan. The mutilation was carried out immediately, and Lucian only survived through Caillte's healing abilities. It took nearly a year for Lucian to fully recover, and Caillte watched over him throughout, slowly learning to communicate with him in silence.

At the age of 12, Caillte and Lucian had their first major falling out with the arrival of Sir Lorcan Dorchadas. This young knight took Lucian under his wing, treating him as a confidant, showing him the ways of the upper classes, and even teaching him The Language of Hands. Caillte didn't trust the knight, and was deeply jealous of the way he could speak with Lucian so freely. Eventually, he would be proven correct in his distrust, when Lorcan turned on Lucian after an unfortunate misunderstanding that would cost Lorcan everything, lead to Lucian becoming a knight of Laird Sadach's Order, and haunt both Caillte and Lucian for the rest of their lives. Over the years, Caillte made a name for himself as a stalwart and trustworthy servant, achieving the rank of Head Ostler at the young age of 16. Just one year later, Lucian would become the Marshal of Laird Sadach's stables, and despite their struggles, the two made the best of their good fortune.

Warning: Major Book One Climax Spoilers! (Seriously, don't read if you intend to read Book One, or you'll be upset)
In his 24th year, Caillte is offered his freedom by Laird Sadach, in exchange for his years of good work. Rather than accepting this offer out of hand, Caillte bargained with the Laird, offering another 7 years of service in exchange for Lucian's freedom. He kept this a secret from his brother, knowing that Lucian would urge him to leave if he found out -- which is exactly what happened. This causes a great deal of tension and conflict between them throughout Book One.

Also during this time, Caillte met Philipe "Pip" Misneach. They quickly became enraptured by one another, and began a secret courtship, scared of what Laird Sadach may do to them if he found out. Their love would prove to be one for the ages, and Lucian revels in their joy together.

At the end of Book One, in the wee hours of the year 1493, these three compatriots get tangled up in the dealings of The Order of the Green Cloak, working to help Lady Sinè Sadach escape. When Lady Meg Beygar is accidentally murdered in the process, they must run for their lives into a world of unknowns.

To buy freedom for himself and Lucian, and create a new life for them with his partner, Pip.

The sleepless nights he must have spent, tending to me, fighting to keep me alive, when all I had done was sentence us to a life of servitude for the man that killed our families in cold blood. He must have been terrified, all alone as I recovered. But he’s never talked about it, and I don’t remember much myself. All I know is he’s the reason I didn’t die right there in the stable yard.
— OUTSPOKEN, Book One, Chapter 11


Caillte is a highly skilled healer, having learned from his parents at a very young age. It was due to his quick thinking and lifelong training that Lucian survived becoming a Deordhan at the age of 12. However, his drive to care for those he loves has a habit of getting him into trouble.

Caillte quakes with anger, his eyes flashing as sharply as the hardened steel of a blade in battle. His muscles coil like a snake ready to strike, and I shove myself to my feet, determined to halt him. Lorcan smiles venomously, and the world slows down, like we’re suspended in a pool, every motion encompassing a small eternity. I ignore the pain ripping through my hide as I leap forward, trying to get between them. Caillte throws Lorcan away, lunging after him with fists flying. Lorcan grins cruelly, a wicked fire burning in his eyes as he coolly deflects the blows...
— OUTSPOKEN, Book One, Chapter 20


Caillte is the kind of friend that would follow you into the heart of battle, whether you wish it or not, but his lack of training leaves him helpless in the fights he picks. In the heat of anger, he's likely to take on far more than he can chew, which has lead to more than a few injuries.

Son to Teolaí Dochtuir(deceased) and Buime Dochtuir(deceased).
While he is not technically related to Lucian "Deordhan" Cathasach, they consider one another brothers after all they've been through, and will fight anyone that dares say otherwise.

He drones on gently, harmlessly. Sometimes silence grows between us, and the demons swoop in afresh – but then he’s talking again, some fresh tale, some comment on the evening, just in time to beat them off again.
— OUTSPOKEN, Book One, Chapter 3


Under most circumstances, he speaks quickly and passionately. However, he may be better known for his low, gentle, calming tones, used to soothe riled horses and panicked patients alike.

As a bond servant, Caillte doesn't have a penny to his name.
Book One Spoilers!
However, in the year 1492, Caillte was offered his freedom from Laird Sadach after he proved himself an exemplary servant. With nowhere to go, Caillte struck up a deal: in exchange for 7 more years of service, he would buy Lucian's freedom as well, giving them the chance for a better life. 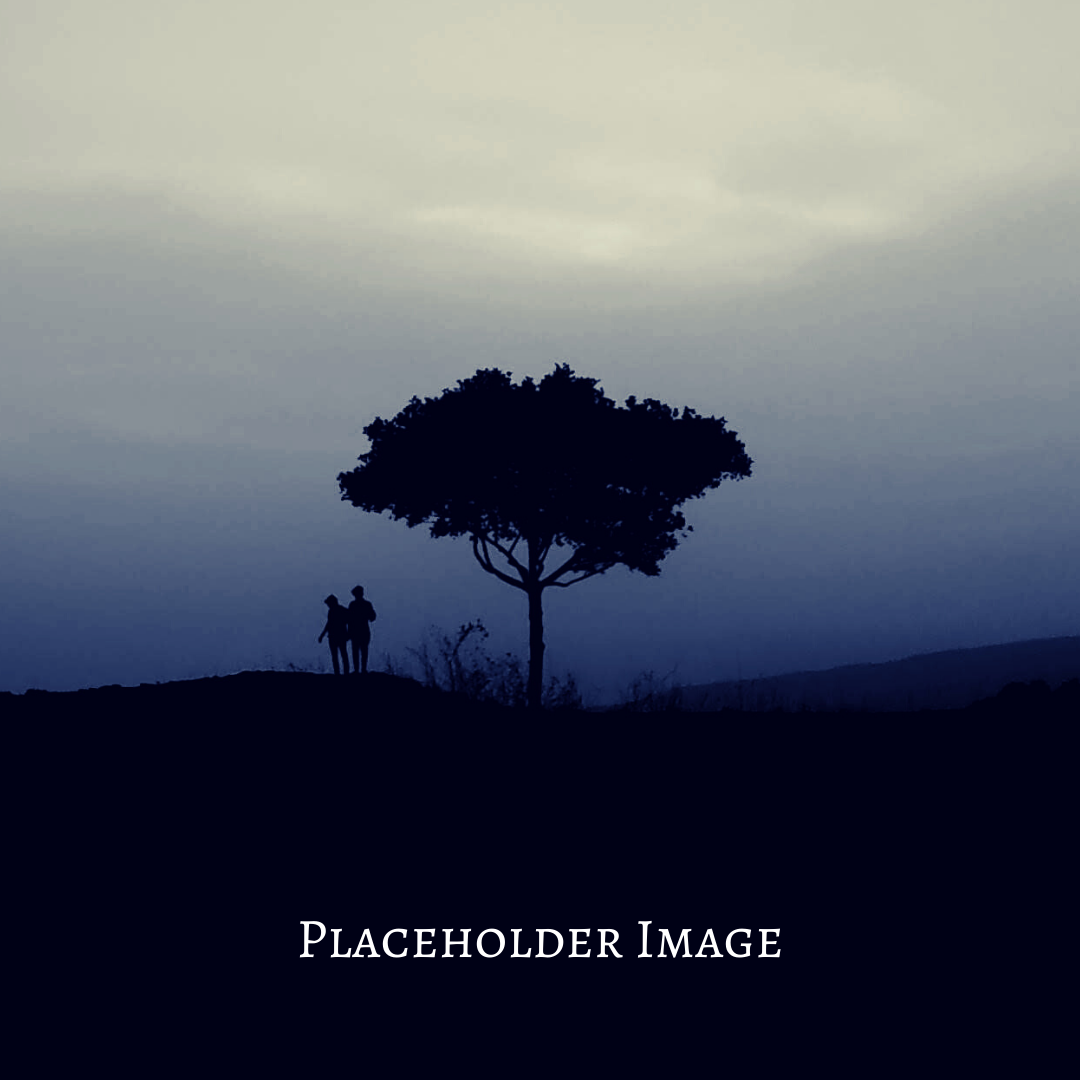 "I won't tell if you won't."
— Caillte to his mute brother (multiple occasions)

The childhood home of Lucian "Deordhan" Cathasach and Caillte Dochtuir, which was destroyed after aiding and abetting the escape of Prince Finnlay following the First Great Dynastic Shift.

A bond servant is a tenant that has been indentured to a Laird, either to pay off debt or as punishment for a crime.

Laird Breith Sadach is the primary antagonist of OUTSPOKEN, particularly in book one. He is a cold and often cruel man, and the most powerful Laird of Éirigh.

The Head Ostler (not to be confused with the Marshal) manages the grooms and stables of a Laird's estate.


Links to Lucian and Phillipe forthcoming

I actually didn't read the spoilers because I really want to read the book!   "I won't tell if you won't." <-- Made me laugh out loud. What a silly.   He sounds like such a good friend/brother!

Emy that honestly made my day <3 I love these two so much.

Thank you! This name was chosen almost ten years ago now, and I'd like to think my names have become more sophisticated since then, but I couldn't bear to change his name after so long. :)

I like it! I thought it was a little strange that he's from a town named "Muintir" but that just makes it a little more humourous imo   Nice seeing other Irish names anyway, even I didn't think I'd be alone with em

I'm glad you like it ^_^ I've been digging deep into my Scotts-Irish heritage on this one.