For thousands of years, Istralar had known only one form of magic. Granted by the gods in all forms, divine magic had become the lifeblood of societies across the planet. Shamans channelled spirits into granting them twisted powers, clerics harnessed the energy of life and death, and paladins slew the forces of evil en-mass with the aid of this power. Druids and their kin, too, tapped into this divine energy, using it to become closer to nature and, where necessary, stepping in to save failing crops, summon agathion aid, or even to change weather to more favourable conditions.   Whilst evil existed, it was a necessary evil, and it was an enemy all knew and understood. Angels had been warring against demons and their ilk for milennia, and both sides could impart knowledge of their foes to the mortals. It was not peace, but it was an understanding.   And then came the sudden dawn of the arcane.   All of a sudden, feytouched races (such as the gnomes and elves) were able to access strange powers, unbidden by their gods. They began to command the elements as they pleased, upsetting the nature-loving druids who had spent years tapping into the land's power. They changed the shapes of items, creatures, and even themselves at a whim, and most terrifyingly, learnt how to utilise the power of souls for their own nefarious purposes. As confusion ran rampant across the Material Plane, the gods took it upon themselves to investigate who of their number had unleashed this travesty, and battled the newly-formed arcane wielders in a vain attempt to stop the spread of information.   This war on unwitting mortals, granted power without so much as asking, infuriated a number of gods. They had not granted free will for that same free will to then be their undoing. The great schism between the three different deific factions - the Eradicators, the Protectors, and the Traitors - would soon blow up into the Second War of the Divine, also known as the War of the Arcane. Whilst much happened in the years of war, the arcane energy continued to infect the races upon Istralar unbidden, empowering the Traitors and further drawing the Material Plane away from the influence of their gods. A last-bid effort to stop this resulted in a treaty between the Eradicators and Protectors: they would combine their efforts to seal the now-forgotten instigator of this new magical energy within a new planet.
This planet, Terra Arcana, would be both his prison and the new home to all he had afflicted.

It was intended to be his tomb.

Further information on this event can be found here: The Worldrend
No prison could possibly contain a god forever. The Fallen, as he is known in the few surviving scriptures, fought hard against his chains. He cared not for the 'lost dynasty' that now made their home atop his tomb, sending out tendrils of his corrupting magic to the Material Plane (though nobody has ever discovered how). With this, he turned a mortal paladin from his oaths, pushing at the man's consciousness until there was nothing left of him to resist - only black emotions remained. Thus was born the first antipaladin, who, under guise of divine crusade, formed his master's new army.   To this day, none are entirely sure of the exact chain of events which led to the Worldrend. The most commonly accepted theory is, however, that the dark paladin managed to weaken his master's bonds enough for him to break free - destroying the planet and forcing the Pantheons to rescue the ones they'd banished there in the first place. In the resulting chaos, not only was the world forever scarred by explosive mixtures of arcane and divine magic, but the formerly banished citizens were restored to their homes - hundreds of years after their ancestors had been forced to leave.   Since then, arcane magic has been reluctantly accepted by the Pantheons, as the destruction left by the events of the Worldrend left the gods loath to commit mass genocide of an already suffering world - an act that would inevitably plunge the Outer Planes into further war. Organisations such as the Keepers of Divinity still heavily distrust it, and many countries either forbid or strictly control its use within their borders, even millennia after the events that would bring desolation to their planet.   This has not deterred arcane practitioners - in fact, the arcane field of study has grown vastly. From the creation of demiplanes to the ability to Wish almost anything into existence, the study of arcane magic has unlocked many of the world's secrets. Its practitioners, such as wizards, sorcerers, arcanists, magi and bards, have largely learnt how to live with their divine predecessors, and combining the two areas has become vital for the success of every adventuring group, military, or nation.

The ability to cast arcane magic is not common. Occasionally, aspiring magicians will be born with powerful blood due to their ancestry, leading them to become sorcerers, bloodragers, summoners, or bards. Others must study ancient tomes for years, becoming wizards, alchemists, or magi. Some few choose to combine these practices, such as those following the path of the arcanist, and others dabble only slightly in the arcane instead of devoting themselves to its use - rogues, vigilantes, and fighters all occasionally find the capability to use small amounts of arcane magic in addition to their combat capability.   Specific spells, arcane implements, and rituals, however, are harder to come by. Whilst many spells are open secrets to any wizard who wishes to study them, others are jealously-guarded secrets of specific countries, races/ethnicities, factions, or mages. Their magics can only be unlocked through careful duplication of the effects, leading to a second spell with similar effect, or through convincing the original spellcasters to share their work. Sadly, many spells have been lost over time through this protective nature.

There are 10 regular levels of spellcasting, ranging from 0th level to 9th. These are exponentially more powerful. Whilst a 0th level spell, also known as a cantrip, is capable of basic feats such as cleaning up a mess or moving a small object, a 9th level spell is able to summon tsunamis, stop time, or even open large portals to other planes. Each level is more challenging to attain than the last, and many mages will not be able to reach past 1st or 2nd level spells.

Arcane magic can be used for virtually anything; some mages, such as witches and bards, have even found ways to duplicate the effects of divine healing and resurrection spells. It is said that the most powerful mages can manipulate the very fabric of reality itself - warping time and space to suit their needs. For this reason, more powerful arcane mages are usually watched carefully by the agents of the Outer Planes, and often receive tempting offers from the lower planes.   Demons, devils, and other less scrupulous outsiders will try to tempt many mages into becoming their vessels or otherwise binding themselves to the lower planes, and the agents of Law never hesitate in coming after a mage who has gone too far in their plans. Liches, however, are dealt with by the servitors of Pharasma - the goddess of Death.
Children Technologies 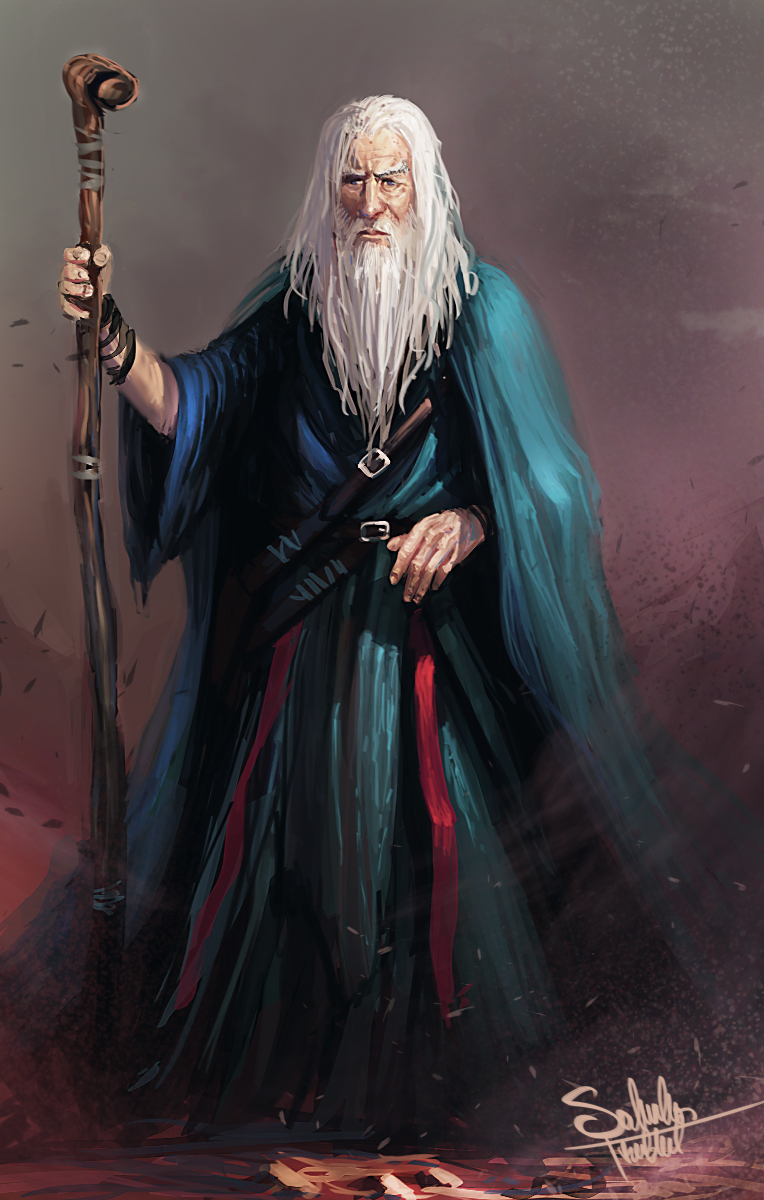 Answering: "Describe one technology which fundamentally altered your world."
Visit Hanhula's Competition Page Check all other answers to this prompt Competition Homepage

Oh man... Just another fantastic article here. I really like worlds where magic is both a gift and a social curse. I sort of think of the Crusades when you talk about the war between those who stay close to gods, and those who use the magic which brings them apart.   Well done Han.

Thank you! Magic is an intrinsic part of Istralar, and the Worldrend is the most visceral representation of that - a planet exploding leaves some intense mental scars on the population of its witnessing neighbour, after all.   The Keepers of Divinity would absolutely be crusading if they were permitted to. They're roughly based on traditional religious orders and their eradication of opposing beliefs/conversion of unbelievers.

I love the concept that the arcane didn't exist until it was unleashed upon the world. Great work!

Oh, just you wait until I get around to writing up Psychic Magic. Which very few people know exists yet. Shit's about to get real. Again. ;)

I really like the idea of a D&D world where Arcane magic is kind of the new kid on the block, shaking everything up. I'm interested in seeing how the various cultures started adapting to or being changed by the appearance of arcane magic, for sure!

It's actually been a few thousand years since it happened, now, but there was a VAST culture shift when it originally occurred. Most notably, Vexua changed from a simple island with nothing interesting about it to... well, let's just say they're the only producers of androids for a reason. (They can be found here, if you're interested, though I really need to go back and touch this one up sometime. https://www.worldanvil.com/w/istralar-Hanhula/a/vexua-article )

As we've come to expect, a fantastically written article with plenty of detail. I'm not sure I can sing much more praises than have already been sung here, so I'll just say great job once again :)