We are the product of humanity's achievements and desires to be more. Technology is who we are.

We are beyond the Binary.

Gearhearts are an engineered evolution of Human. They are designed to survive the dangers of space and colonization, specifically sub-optimal gravity, radiation, and space-related stress.

As a Kind, they have substantial changes to their skeletal structure. Their marrow produces a cocktail of benign bacteria called Ichor, after the blood of Greek deities. It mixes with their blood and lends it a golden hue.

A Gearheart’s mind is enhanced compared to other Kinds of human. They possess more mathematical processing power and natural interfaces for technology.

I sat among the Gearhearts, who tinkered with the components of the Wayship. It was a stark contrast, the gun metal grey of the hull and the bright vibrant eyes of the engineers who worked with it.

Lives spent in space, subterranean colonies, and other artificial environments can lead many Gearhearts to sport a pale complexion. Though thanks to the passage of time and intermingling of Kinds, Gearhearts can be as varied in features as any other Human.

Gearheart skin has minor iridescence, which causes the flesh to appear different colors at different angles, this feature is more distinct underneath heavy light and ultraviolet.

They tend to be shorter than other Human Kinds; a trait encouraged by unnatural selection of the first generation, which favored smaller mass for smaller ships and lower caloric consumption, and genetic manipulation of their ancestors.

Gearheart eyes are larger than other Kinds, and range through the most vibrant colors of the spectrum. Mild colors are exceedingly rare, replaced by the most extreme blues, reds, greens, and purples.

Gearheart abilities are focused on leveraging the technology around or within them. Their innate processing power is their strongest skill. A gearheart can also withstand the stresses of zero-g or other disorienting environments.

Gearheart can solve mathematical formulae almost as easily as looking at them, and can visualize data patterns without the aid of charts.

An unintended side effect of the Ichor is the gift of Magnetoception, which allows them to detect electrical fields, ranging from a microwave (which they can sense within a few feet of themselves), to live wires (which they can sense by touching), to powerful electric arcs up to many meters away.

The Gearheart were created to survive and operate in punishing environments, locations that would prove difficult for other humans. Their improvements let the Gearheart work around the negatives of abnormal gravity and confined spaces.

The Gearheart have a new section of the brain. The ironClad Lobe is designed to translate thought into the common ironClad programming language. This allows them to interact with many different kinds of technology.

If a gearheart adapts an immunity to a disease, they can use their ironClad Lobe to transfer the antibody blueprint to other Gearhearts. Ichor will synch with this blueprint and begin producing its own. This transfer happens either through wilful divination, blood transfusion, or proximity between ironClade Lobes.

Its ingenious and sappy that our ancestors thought of the ability to transfer immunity through the head proximity facilitated by a hug.

If ever an abandoned colony of Gearhearts were to forget their ability, it would still protect them.

We are the ones who did the true pioneering of space. Our minds and Ichor fueled humanities advance into the stars!

Humanity’s expansion into the endless sea of space presented unique challenges that tested the human physique. The lab-fabricated Gearheart stood as humanity's answer. Created and refined over several iterations, the Gearheart would always be found at the very edges of Eden’s reach—from the Moon, to Mars, into the unending reaches of the Wayhalls.

The current iteration of Gearheart came to be after the Advent Wars between Eden and Aempis—a faction of what is now the Pact. Eden, due to being demilitarized, was unable to replace the slaughtered, previously Ireheart population of Mars. Instead, they used Gearhearts, and took the opportunity to provide them with one last suite of upgrades: their ironClad Lobe, and full hereditary capability—the ability for a Gearheart to produce Gearheart offspring instead of a Firstheart.

These abilities proved invaluable not just for humanity’s expansion, but for the ever-advancing landscape of technology in Ethnis.

Gearheart culture emerges from its history. The expectation for a Gearheart to be a hard worker has led to a culture of hard workers.

Gearhearts can always be found where the latest technology is available, whether they are masterminding it, consuming it, or trying to figure out how it works.

Wherever Gearhearts are found, they are often found in groups, as their enthusiasm for their work is more appreciated by fellow Gearhearts. They also gain strength in numbers thanks to the power of multiple ironClad lobes in a single location. Many are drawn to the space-faring lifestyle, taking advantage of their innate ability to work with technology and the environment.

A majority of Gearheart are non-binary due to progressive transhumanist norms at the time they were given hereditary capability. This was reinforced by them having to start new colonies and cultures on new worlds, away from the conventional trappings of home.

The Gearheart’s gift with technology and mathematics guides them in their life choices, and they find jobs which grant them the ability to work on technological elements and expand their knowledge.

Gearhearts seeking adventure will join a group as 'tech support.' They are great at maintaining the team's equipment and modifying them, as well as interacting with any pesky tech that may hinder the party.

Gearhearts often strive to live in locations that allow them to be closer to technology. They may join parties to escape stagnant lives and learn more for themselves.

Gearheart are playable in Ethnis Lite! Supporters of Ethnis see RPG info on this page! 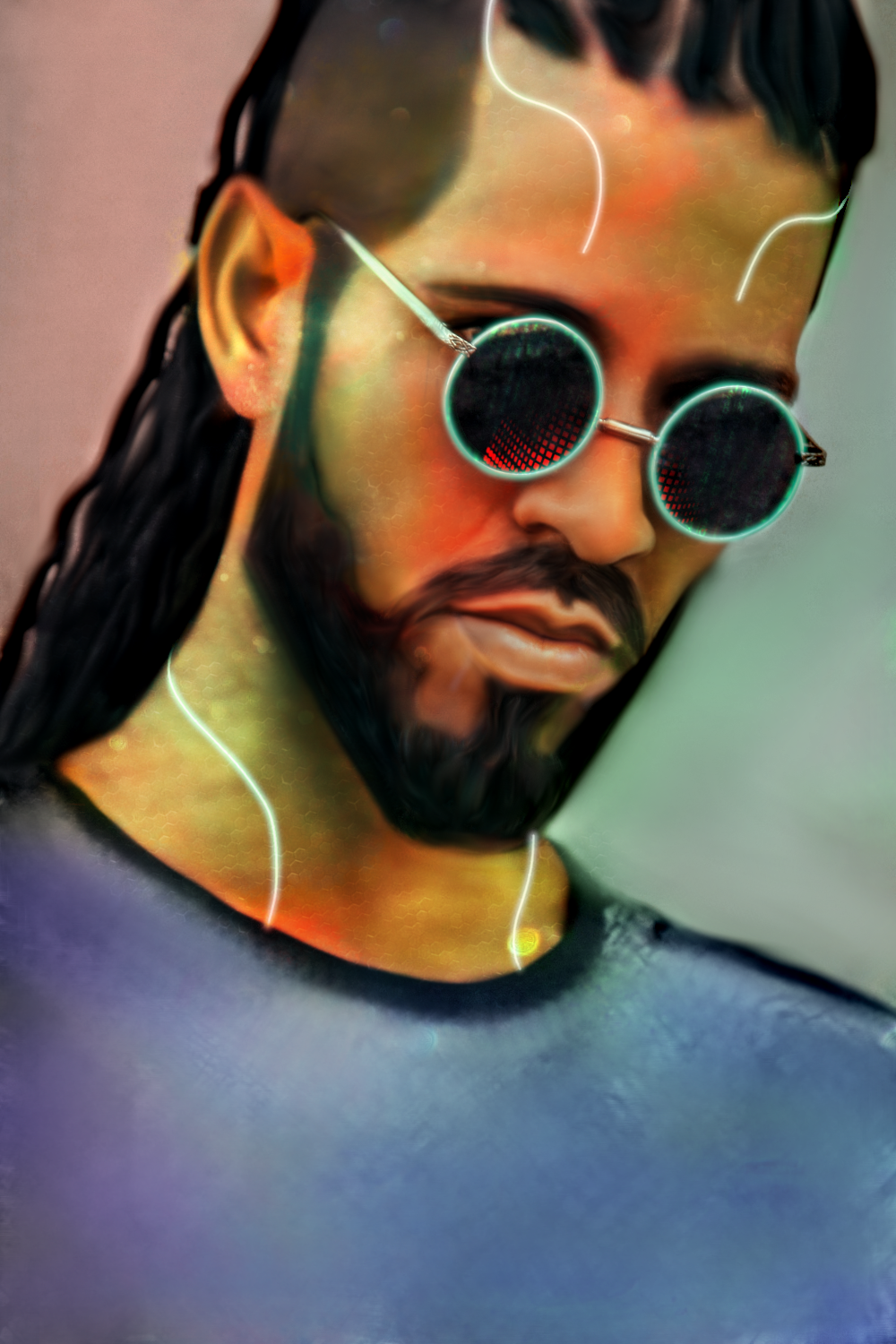 The Church of The Somnolent
The Jupiter Syndicate

You are a Gearheart who is always up to date on the latest tech. Whatever new gadgets or concepts are coming out, you know it first and you use it first. This technology edge comes at a cost, as in Ethnis technology is always evolving.

You find yourself most comfortable in the calm expanse of space. Whether you venture around in your Wayship or settled on one of the many Waystations, you always like to have your feet on cool metal rather than solid dirt.

You can never truly be on the top of the world by sitting in one spot. That's your drive, and you tend to travel to find the best of tech from every region that you can. You find ways to make everything work together.

Playing as a Gearheart involves being the brain and the engineer of the party. Something needs hacking? A piece of gear needs a new modification? Need to figure out if the door is trapped? The Gearheart is the one to do that.

Gearheart NPCs often serve utility roles in society, they may know the low down of how a place mechanically runs. Gearhearts stay up to date on tech culture, they may know what the local trends are. Gearhearts make fantastic support roles, helping the party get through technical roadblocks. Gearhearts can also be used to help support players with their gear. Gearhearts often own shops to service technology.

Whatever name 1 was given at birth has long since been purged from the Syndicate Healthcare Archives. Instead of worrying about names, 1 instead worries about the fight for the culturally-starved souls of the Jupiter Syndicate. 1 spends their time trawling through the darker areas of Syndicate’s network, providing backdoor connections to regulated sites and services. Many see them as a security threat, their Net-Leech comrades see them as a liberator of the mind.

“What truths do you try to hide? I will find them.”

Some Gearheart wear their tech on their sleeve, Twain’s tech covers their whole body. Their suit is their magnum opus, the medium of which is mecha and the message it spreads is “Don’t fuck with me.”

Twain spends their time scouting and prospecting new planets, testing metal and mettle against environments hostile enough to make anyone else buckle. Many will work with them not even knowing what they look like under that bulbous shell of protective alloys.

“You asked for a name? My name is Twain.” (Character created by BB13)
Human

I'm amazed by the amount of pages of that quality you guys are currently coming up with.