The Bleakheart is a human whose life is a tumultuous symbiotic relationship with a Selschaeus. They mutate into creatures that are a fraction of what they started, but they wield Meta like no other Human can.   They are often shunned as a people, as their mutations can make them dangerous and uncontrollable. Many fear them, but others sympathize with them and accept them for what abilities they bring to the party.

Though Firstheart in basis, it is rare for a Bleakheart to be entirely Human, as most undergo their first mutation when puberty is entering full swing. What this mutation is differs from Bleakheart to Bleakheart, but the first is not usually very drastic. Bleakhearts are more often lithe in appearance, a result of their mutations jumpstarting their natural metabolisms.   As a BleakHeart ages or undergoes stress their mutations will worsen and their bodies will become more alien. The ultimate fate of any BleakHeart is to become entirely monstrous in body, spirit, or both in a process known as blooming.

Bleakheart Eyes are often devoid of color, greys and whites are the most common, but a recessive gene can cause crimson irises.
Tired • Wary • Haunted • Cautious

Bleakheart Dimorphism is typically more subdued than that of a Firstheart, though with mutations many Bleakhearts can have exaggerated looks regardless of Dimorphism.

Unlike the other Humans, a Bleakhearts abilities can vary greatly based on how their mutations have decided to manifest. For many Bleakhearts, a life or specialty is forced upon them.

Bleakheart abilities besides the natural affinity for Meta comes from whatever mutations have formed on their body. Some are unnaturally flexible, some grow extra limbs, and some can even gain an innate ability to mimic and manipulate animals.

With so much Selschaeus flowing through their blood, Bleakhearts can store more meta in their body and use it with more explosive results than most wielders.

The Bleakheart emerged when Earth was infected by a Rocksweat Plague in the mid 2000's. Their planet lacked meta at the time, and so humanity had no resistance to the rocksweat. It infected many with its essence, corrupting their genetics to make them perfect hosts for itself.   They were at first vilified by their peers, shown as monsters and blights against humanity. As humanity expanded its reach and learned of the Sazashi and Verin, the Bleakhearts were soon accepted for who they are, even if it is with a wary eye.

Many Bleakheart accept their grim fates with gravitas. Because Bleakhearts were not contained to one culture or continent of Earth, the seeds of their modern tribes came from all walks of life. They consider themselves the keepers of the dead, from people to culture, and so typically garb themselves in the deathly vestiges of their culture.

The life of a Bleakheart is not a happy one. Though their connection to Selschaeus affords them great power, the relationship is imperfect and the Selschaeus is also often the bane of their existence. It is not without basis that many consider a BleakHeart a time bomb of madness and disease.   How the Bleakheart reacts to this stereotype, can determine what their motivations are.

Many Bleakhearts seek to make a name for themselves in the greater populace. They pursue adventures and glory to prove the universe wrong and to break out of the stereotypes that would otherwise drag them to their ultimate demise.

These Bleakhearts are seeking to avoid the public spotlight, they hide who they are in order to let themselves be part of society. They may cover what makes them unique, and chase a life that lets them live in peace.

Bleakheart names can vary greatly, they are very similar to Firsthearts as they have no particular area that they rose from originally.
Surname Philosophy - Family Name • Sven Cholkaiv

Bleakheart are playable in Ethnis Lite! Supporters of Ethnis see RPG info on this page! 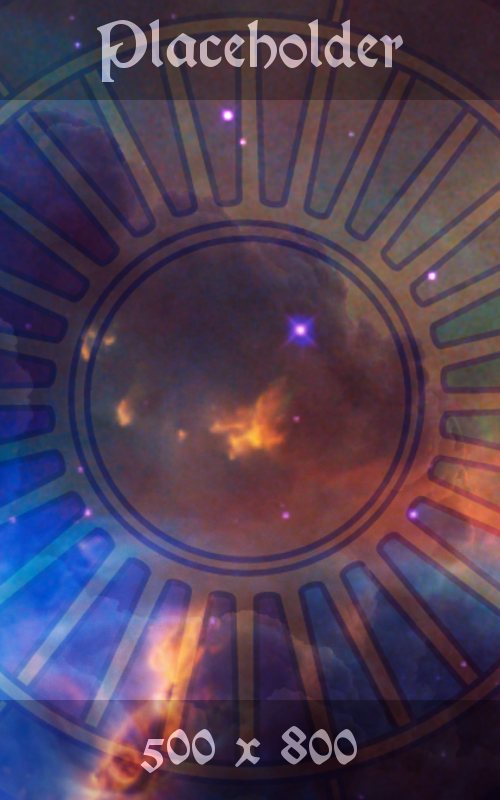 The Church of The Somnolent
The Federation of Free Planets

You are a Bleakheart who still desires a social group, but knows that settling down can only lead to trouble because of who you are. You are not ashamed of your mutations, and you use them to help your little family of a party.

You know your fate, you were born this way, and the world just can't take you as you are. You retreat to the only person who understands you- you. You let your mutations grow, because hiding them will only make you suffer.

You aren't going to let your Kind define who you are. You can overcome your mutations and be part of society. Instead of focusing on your mutations, you let your blessing with Meta define what you can do.
— Tribes

Playing a Bleakheart means playing a human specializing in Meta, or using mutations to grant the party unique abilities. You can sling spells and pull off feats which may disturb the rest of your party.

Bleakheart NPCs may be outcasts and hermits of society, they may know thier home wilderness like no other.     Bleakhearts may have unique quirks due to their upbringing which can give them knowledge that no other would know.     Bleakhearts are gifted with Meta usage, so they may support a Meta-lacking party.     Bleakheart mutations can give a party lots of new possibilities, depending on if the mutations fit a situation.

A Bleakheart Rite of Passage