An introverted astronomer who dreams of going to the stars.

Calyrra is of average build, with no particular amounts of fat or muscle. She leads a healthy lifestyle, but does not exercise much, being primarily a bookworm and desk worker. She is allergic to most tree nuts.

She usually wears long dresses, preferably in shades of turquoise. She's also fond of feathered belts that hang down loosely at the back. For carrying her belongings, she uses a small hip bag on her belt, worn on the left side. On the right side, she usually has her pocket telescope - it's not that she really needs it, but she likes to keep a telescope on her just in case.

During her school years, Calyrra specialized in physics and mathematics. After finishing secondary school, she proceeded to study astronomy at the Ondalin observatory.

Calyrra worked as an undergraduate research assistant during her astronomy studies. After graduating, she was employed as a full-time researcher at the same observatory.

She is curious about the world surrounding her, and enjoys exploring and trying new things. However, she is also rather cautious, usually taking a moment to think before diving right in.

Calyrra values friendly, open-minded people and admires those who interact with others confidently. Her favorite food are gratinated vegetables, especially lingauriné. She enjoys listening to traditional chamber music, and her favorite animal is the chelanin.   Things she dislikes mostly pertain to social interaction. She does not feel comfortable with keeping secrets, and getting into an argument is especially stressful for her.

Calyrra is honest, obedient and polite.

She often feels the need to keep her hands busy, fidgeting with her fingers or any object in range. This is especially notable when she is nervous.

Calyrra is the youngest child of three. Her brothers, Cyrridon and Elyrras, are mostly close to each other, but aside from frequent teasing, they generally look out for their sister as well. Chidenor, their father, works as a sculptor in his home workshop, while their mother Ennea returned to working as a navigator at sea when Calyrra was nearly finished with school.   All three children moved out of their family home by now. Calyrra still visits her father every few months, especially when her mother is home as well. However, her brothers live several days of travel away, so she rarely sees them in person these days.

Many people are surprised to learn that Calyrra follows the fading tradition of worshiping Saphéne, the central star of the system.   To her scientific mind, it does make sense to see Saphéne as the mother of creation - after all, the light and warmth coming from the star are responsible for making plants grow, and for keeping the climate comfortable for animals and people. And while she knows perfectly well that it is a giant ball of burning matter, keeping the planets in orbit by the gravitational force, she will not rule out the idea that there might be a benevolent soul or spirit behind these phenomena.   In a similar vein, she sees Chryphóra's moon Palia as a lesser deity, despite knowing the physics behind the tidal cycle. The same goes for other celestial bodies in and outside this star system, although Calyrra doubts that they have any particular interest Chryphóra's inhabitants. After all, those are too far away to affect them in notable ways.   Her view of the Kaleidoscope is somewhere in between. Traditionally, it is seen as the divine garden, out of reach for mortals until they leave their physical bodies. Calyrra is rather fond of this idea - while science clearly shows that none of the celestial entities actually visit this garden, she likes to think that they enjoy its beauty just like the mortals do. And since she believes that the souls of the dead continue to live as ghosts, she hopes that they indeed get the chance to travel there.

Calyrra is not really confident around people - while she values the relationships with her coworkers and some other acquaintances, she never quite knows how to approach other persons. When in company, she is rather self-conscious about what others might think of her. She prefers to see the best in people and is willing to trust them until proven wrong, but rarely gets close to anyone outside her family. For the same reasons, she never had a serious romantic relationship.

Due to her social awkwardness, Calyrra speaks rather hesitantly. She starts most of her sentences with filler words while carefully choosing what to say. When she notices a mistake or ambiguity in her sentence, she quickly tries to correct herself.

Calyrra grew up with several pet chelanins. Up until last year, she lived with a female chelanin named Molla. Sadly, Molla passed away due to an intestinal tumor, and Calyrra does not feel ready to adopt a new pet yet.   As far as hobbies go, Calyrra enjoys reading scientific literature about various topics, as well as the occasional romance novel. She likes listening to the radio and to music recordings, but does not play an instrument herself. 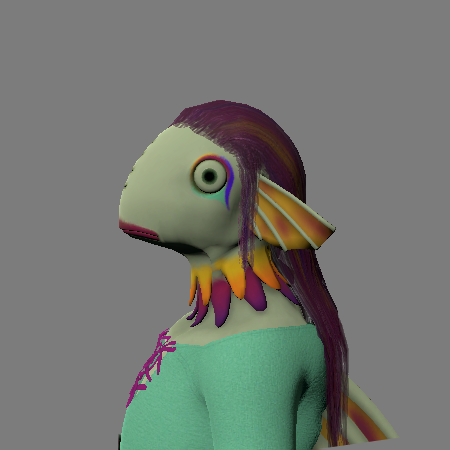 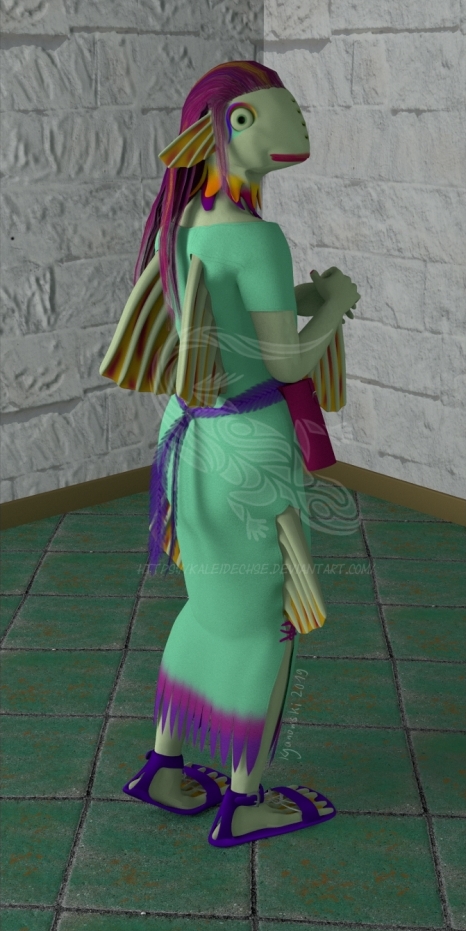 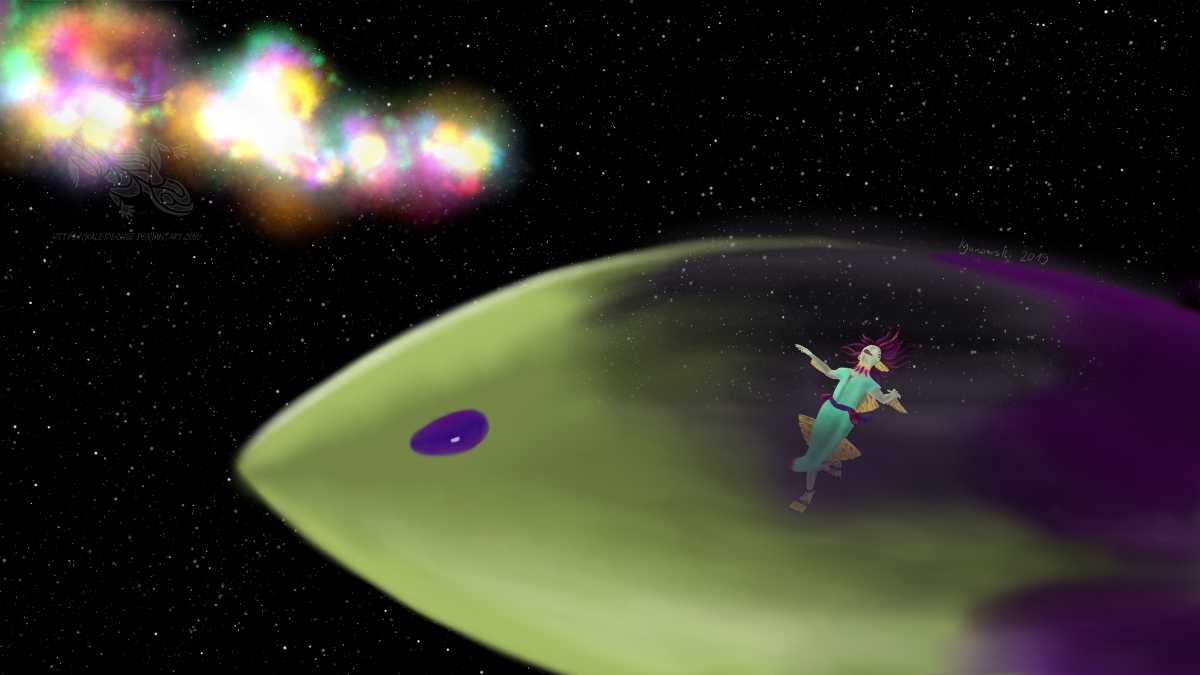 Dancing Among The Stars

After the Birth of Nimýron