In the endless fathoms of deep space between and beyond the planets, something beckons. It creeps upon those who are isolated, when their mind is tired and weak...
Some of the affected call it the Calling, doctors and psychiatrists name it Deep Space Syndrome ( DSS ). The early stages are marked by fatigue and psychological changes. The affected shun human contact, develop a intense fear of open spaces yet seem unnaturally drawn to stare into space itself. Only in the advanced cases does the constellation-like bruising begin, and the hallmark of the condition; the ultradilated pupil reflecting lights that aren't present.   Deep Space Syndrome is highly stigmatized. Deep Space Syndrome sufferers are no more violent than anyone else, yet in media killers with star-filled eyes, driven mad by the isolation of space, is common enough to be a trope. Conspiracy theories grow like wildfire when even soap operas mindlessly joke about truckers unions being fronts for cults worshipping eldritch monstrosities. Many advocates have spoken out about this, and campaign for a more empathetic understanding of those who suffer or have suffered from DSS.

It can be hard to distinguish the early stages of Deep Space Syndrome from what most people suffer in extended stays in microgravity: such as fluid displacement, lethargy and malaise. Fatigue is common, as well as muscular aches.

It is recommended to supervise and make sure that any traveller in deep space is taking preventative measures, whether they show early symptoms or not.

Deep Space Syndrome is typically diagnosed during its second stage. At this point a sufferer is already showing significant psychological symptoms like a fear and inate suspicion of others, and an intense fear of crowds. It can be hard to convince someone afflicted to seek out or accept help even at this stage.

Psychotherapy is required to address the mental distress suffered by the afflicted, as well as spending time onworld.

Advanced Deep Space Syndrome is best known for the aberrant ocular lights displayed in the sufferers eyes. These vivid lights resemble stars in space. Sufferers also develop severe web-like bruising, especially underneath their eyes, and in their extremities.   Very few have recovered from advanced Deep Space Syndrome, in part because the afflicted refuse treatment. It is believed that the amount of afflicted individuals is severely underreported, especially in the freight industry.

Establishing contact with the afflicted, and attempting to recover them from space. If the patient can be institutionalized onworld they may make enough of a recovery to return to society.

Regular Exercise is crucial. Physicians recommend at least two and a half hours of exercise every day when in microgravity to maintain normal functioning.   Blood Infusions should not be used as an alternative to exercise, but can help replenish some of the blood loss in microgravity.   Social Contact is not only important to identify DSS early, but also to make sure the individual still feels connected even in deep space.   Rest is key to a healthy mind. The use of stimulants, especially eugeroic drugs such as inSomnia, and subconcious autopilot programmes is highly discouraged. 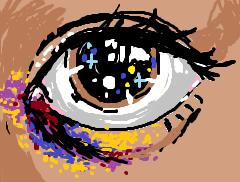 Symptoms
Weakness, bruising, paranoia, dilated pupils, abberant ocular lights
Cause
Unknown
Treatment
Onworld rehabilitation, medication, psychotherapy
Table of Contents
This article is a stub . It will be expanded upon later.

This article is an entry to Cato's excellent Unofficial Condition Challenge! Thank you so much for hosting this, Cato! 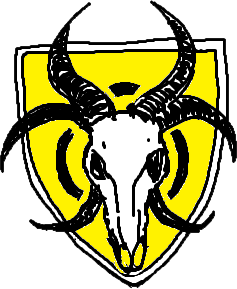 Sounds interesting and scary. I would be curious to know if the condition is caused by virus, bacteria, environement or is purely psychological. Otherwise, excellent article!

Thank you! They don't know what specifically causes DSS, but they do know that it is environmental. It happens only during extended stays in space, especially when people travel alone.