Everything is better in space. Everything.
— Decadence Patron

Reserved for the wealthy, the influential, or the lucky, the Decadence is a den of luxury and excess, floating just at the edge of space (and the legal zones of Earth). Probably the most expensive vehicle ever created, it is a hotel-sized airship with an interior of mahogany, gold, velvet, and silk. Only the finest looted artwork and historical artifacts are on display here, pillaged from the corpse of the old world, or donated by (possibly blackmailed) patrons. All in all, it is by all reports one of the best places money can buy.   Access to the Decadence is strictly at the discretion of its mistress, and even rumors of an available booking make knife-fights in a phonebooth look tame.

The enigmatic Leash holds court in the Decadence, acting at once as its empress and host to all who visit.

The Decadence hovers just at the earth's orbit, sometimes dipping low or high depending on the view (and degree of gravity) desired. It usually remains (relatively speaking) above the Megacorpolis, but has been known to take tours across the world (and some say, away from it entirely) to see the sights.

Corporates who reach their first billion are all given a personalized invitation to book a visit to the Decadence, delivered in a stylish envelope - sometimes including photos or other details of sufficiently damaging nature to ensure good behavior.


The station-ship has been compared to a flying hotel on its side, and it's a pretty good description.   The Decadence is divided into five sections, each one dedicated to its own set of vices and whims - not counting the engineering part which dominates the entirety of the Decadence's belly.

Set at the front of the Decadence, the Lodge is for mingling in style and class. Hardened screens and displays allow the passengers to watch both the world below them and the void above them.   The Lodge has a restaurant, a bar, and a cafe, with onboard kitchen-labs creating everything from vegetables to meat.

Gardens and artificial lakes dominate the Paradise section of the Decadence. For a slice of nature at altitude, look no further.   The Paradise is populated by a variety of genetically constructed animals, with songbirds being a particularly common feature. Some are so modified that they resemble creatures of myth more than anything.


Passage between sections is either through richly decorated corridors or through fastpass tubes with two-person spheres as vehicles.

A more relaxed, informal place than the Lodge, the Den is the party of the Decadence. Alcohol flows freely, drugs are enjoyed, and rented affection of the highest quality are available here.   At night, the Den turns into more of a nightclub, and the revelry takes on a new tone beneath neon lights and to the tune live music.

Dedicated to the senses, of experience and beauty in all its forms, Wonder is at once a museum, a library, and the highest quality brothel that money can buy.   Here, security is particularly tight, though almost invisible. Patrons are vetted before they are even allowed to experience Wonder.


Any who mistreat the workers or artworks are made to leave the Decadence at terminal velocity.

The smallest of the Decadence's sectors, it is the seat of power and where the Leash directs the symphony of pleasure and wonder of her domain. Only a favored few are allowed here; most are companions that she has known for years. To be invited here is to join one of the most exclusive social circles in the world.   Of course, that just leads to plenty of speculation about what exactly they're plotting.

In case anyone was thinking of sneaking in, the Leash also keeps a somehow tame Sewer-Gator in the Court.

Who Is The Leash?

In the absence of information, conspiracy rushes to fill the void. There's plenty of theories just as to who the Leash is and what exactly she's up to.

The Leash has been attributed to supernatural abilities, from mind-reading to telekinesis. Some patrons swear she can kill with a look, but they might have been speaking metaphorically.

After all, she's only been known to live in space. Coincidence? The conspiracy theorists certainly don't think so and are happy to tell you all about it in websites with neon-green text on black background.

There's a common (and incorrect) myth that the Decadence never settles in full sunlight, and that obviously can only mean one thing. The most logical and simple conclusion to some: vampire!

Some people think the Leash is not a person at all, but a robot. They base this on pretty much nothing, in true conspiracy theory fashion.

A variant of the robot theory, some claim the Leash is an AI - sometimes cast as a sort of female counterpart to The Computer.

A few say that there is no Leash. In fact, there's no Decadence either - it's all a memetic fever dream, and no they aren't upset about not being invited.


All of the Above!

The owner of the Decadence is known by the moniker 'Leash', for reasons unknown but probably due to all the blackmail material she has on others. An elegant woman with red hair and of matronly demeanor, her real name is a secret left to only her favorites.       It isn't entirely clear how she factors into the Megacorpolis structure, with most assuming that the Decadence is just a front of a boggling amount of crime. Certainly, something keeps her independently wealthy and out of the reach of corporate retaliation.

The Leash is considered to be highly eccentric by her corporate customers. For some reason, she seems to care about her employees and take an interest in people who aren't even wealthy. Money can get you aboard the Decadence, but never into her good graces.   What's up with that?

All human meat found there is grown in vats and cooked by robots, and definitely aren't the remains of people who broke the rules or injured one of the Leash's employees.

The Decadence brews its own brand of Java that is sold nowhere else. Some say it is one that won't cause Javamania but that's probably just because the pricetag attached prevents overindulging.

What's there to do in space, anyway?

A version of shooting clay pigeons, patrons can man the defensive turrets of the Decadence and shoot various debris that gets launched from the ship.

The Decadence has an enormous collection of physical books in its library, for those who which to experience the nostalgia of sitting down with an actual book.

Throw a dart, and you'll probably hit a party somewhere on the Decadence before security escorts you out. In these, having fun is mandatory.

In low or zero-G, everyone can be an amazing athlete even without cybernetics and/or steroids. Everything from tennis to Sepak takraw to full-on MMA fights takes place here.

Outside sport, no violence is allowed onboard the Decadence. To the chagrin of many corporate overlords, there'll be no hunting exotic animals (or poor people) in zero-g here.

Why not have your picture taken?

Besides those, there's the old stand-by's. Drink, drugs, food, affection purchased by the minute, complaining about the cost and/or weather of your vacation.   On occasion, the Decadence will land on the moon for a brief visit - both to restock and for short lunar excursions.

It's the only way it makes sense, see?!

Love the conspiracy theories (and the whole way this article is organized)! And that there's a sewer-gator up there is adorable... I'm sure it's fed well.

... and apparently one can get Space Photos taken by a Space Dino! What more could one ask for?   The conspiracy theories just slay me! The format of the article is amazing, too. I am seriously taking some notes for my own future worldbuilding.   I've read this through three times looking for what I liked the most. There's just too much! This article just flows so well.   It made me wonder so much more about ... "What just ARE they getting off the moon during resupply?" ... in playing "Space Invaders", is some of the "debris" corporate spies that got caught? Especially given this statement:

Any who mistreat the workers or artworks are made to leave the Decadence at terminal velocity.

What goes up must come down, and dirtbags fall faster. :D   As for resupply - probably hydrogen and stuff like that for fusion generators! There is a lunar mini-city / hotel resort, with fairly regular-ish traffic to the Megacorpolis!   And... That's a great idea, and is now cannon. Soemtimes they lock bad patrons in containers, shoot them out into space, and make them part of the games! :D   Thank you so much for reading and commenting, and for your always enthusastic support for Megacorpolis <3

Oh god, I love airships and you took this one to the extreme! Excellent celestial body here :D The 5 sections of the ship are wonderfully though out, and I agree with CoffeeQuills, the conspiracy theories bit was hilarious and wonderfully well done!   I really liked all the fun info in the sidebar too. The food for thought section was delightfully disgusting to think about :D

Hahaha, thank you :D Yeah, it's a fun thing to think about - just a space-airship-hotel :D   Thank you so much for reading and commenting <3 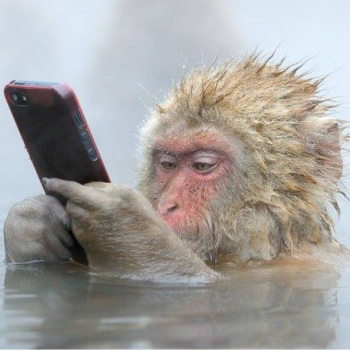 "Everything is better in space." Yes.

I mean, you can't argue with that logic.   Thank you so much for reading and commenting :D

Oh, as long as you stay away from the Club, that should be fine. ;)   Thank you so much, I'm really glad to hear it was fun :D Thank you for reading and commenting!

One of the things I don't usually pay attention to, is if a world is for reading or if it's being constructed for a game, like a TTRPG.   Is this your original world--or for a game? (I should probably read the homepage and not look so ignorant, huh?--but I was drawn here in the beginning for the layout and 'feel'...)

It's my original world, but not made for any particular purpose other than because I love to write for it. Some people are twisting my arm to really write some stories set in the Megacorpolis, and I'd really love to do that too. I think it could be a lot of fun. :)   But, just made for fun, essentially!

Ohhhhhhh, please do.   I promise to buy the first one, no matter what it is.   You may get a fan for life.   What excited me is that in a city this huge and dynamic, you could write in literally ANY genre. So why not choose something you like and run with it?   (Insert another arm-twisting here .....just not TOO hard.)

/joins in the arm twisting

I guess I need to figure out a story now! :D

Everything is better. What a great menu of decadent morsels available to the twisted consumers. Love this article.

Thank you so much :D It's great to hear it was a an enjoyable read!

Every time I read an article by you it's my new favourite!! I can think of about a hundred book ideas set on The Decadance.   Also the cannibal restaurant is *chef's kiss*

When you take the source of meat (i.e cows/living things) away and make is so that most of it is just grown in a lab, it really opens the door to a lot of stuff. Want a Panda burger? A T-Rex T-Bone steak? A combination between the two?   So of course, without the need to hurt anyone for it, some people are gonna try the long pork :D   Thank you so much, I'm glad you are enjoying them (and joining the arm-twisting, my goodness <3 )

Without the need to hard anyone... allegedly.

They all signed the EULA, they knew the deal >.>