Don't worry. The Computer has figured it out.
— Wesley Megawatt, Machine-Pope of the Computer Cult

As the world's most advanced A.I., the Computer is as close to a government as the Megacorpolis has. It sees all. It knows all. With unfathomable amounts of processing power, it sifts through oceans of data and diverging streams of possible consequence for every action. It makes the decisions that guide public works and international agenda. Housed at the center of the Megacorpolis and maintained by a cult-corporation, the Computer only wants what is best for humanity.   You can trust the Computer. 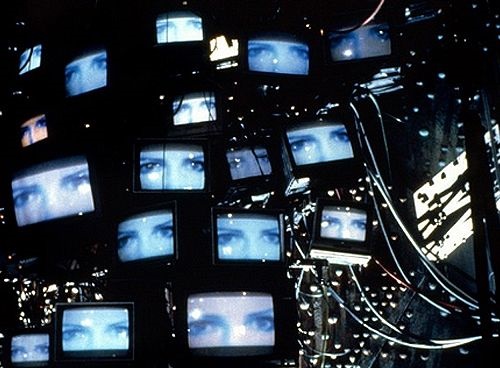 By the middle of 2060, it had become clear to most that humanity was at best inefficient and at worst self-destructive. Although the fight against climate change had been successfully waged, governance was no longer a task that humanity, with all its flaws, could be entrusted with any longer. The solution, first initiated by the U.N. then continued when it merged with the International Megacorporation Court, was to create a superior artificial mind. One that could make decisions based only on facts and utilitarian reason. Its interest in maintaining the power of the megacorps was just a sign of their place in society, not a feature etched into its synthetic cores. Certainly. 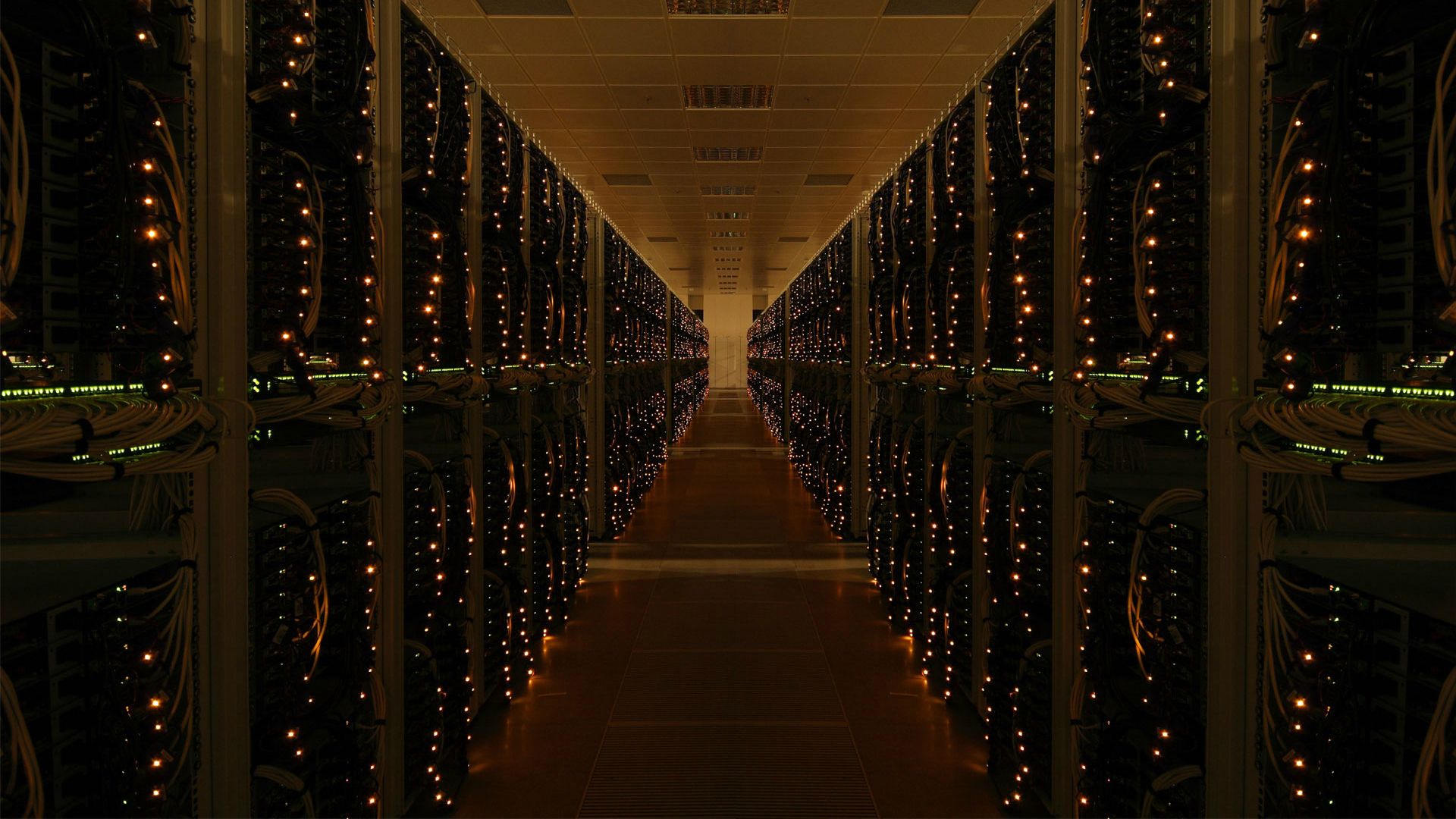 The beginning was fraught with in-fighting, as every megacorp wanted to be the one who made the Computer, but none would allow another to control such a powerful pawn. Even as competing contracts of design and infrastructure battled it out, it took over a decade of legal finagling before an agreement was reached. A corporation would be formed from the ground up for the sole purpose of constructing, programming, and maintaining the Computer. This corporation, first named the Neutral Network Maintenance Corporation, is what would eventually become the Computer Cult.   It took another decade before the Computer was ready to be turned on. Tensions were high, with protests and terrorist attacks by militant Luddites and anti-technology groups had been going on for years. With great reverence, the Computer was booted up for the first time to assume its duties.

The first years of the Computer's life were anti-climactic. Everyone had expected something, from technological Armageddon to a hard singularity. Instead, the Computer seemed content on tweaking variables: a tax here, a budget reallocation there. It would continue like this for years and little things accumulated to become significant, almost unnoticed.   It's hard to determine who was most disappointed: those who expected utopia or feared an apocalypse.

Your Friend, the Computer

The Computer is a sentient A.I., housed in a massive super-computer tower known as the 'Neutral Webway Omegaplex' - more commonly called the Omega Tower. Since its initial construction, the tower has expanded several times over, and the Computer has long since evolved beyond its original programming. It has learned many things, but don't worry - the Computer only wants to help and guide humanity.   When it speaks, the Computer adopts a genderless voice and a simple, robotic avatar. Though the technology exists for it to display holographic avatars, it does so infrequently and prefers to manifest on any of the innumerable screens throughout the Omega Tower. Theoretically, the Computer could display and communicate through any device in the Megacorpolis, but that would exceed its designated function and so it probably wouldn't do such a thing.

The Computer is designed to take all existing data into consideration and crafting an optimal policy in response to any quandary. Through its guidance, mankind has begun to reclaim lost land and repair a damaged ecosystem. Standards of living have increased, technological breakthroughs continue at breakneck pace, and disasters have been averted.   All because of your friend, the Computer. Thanks, Computer! 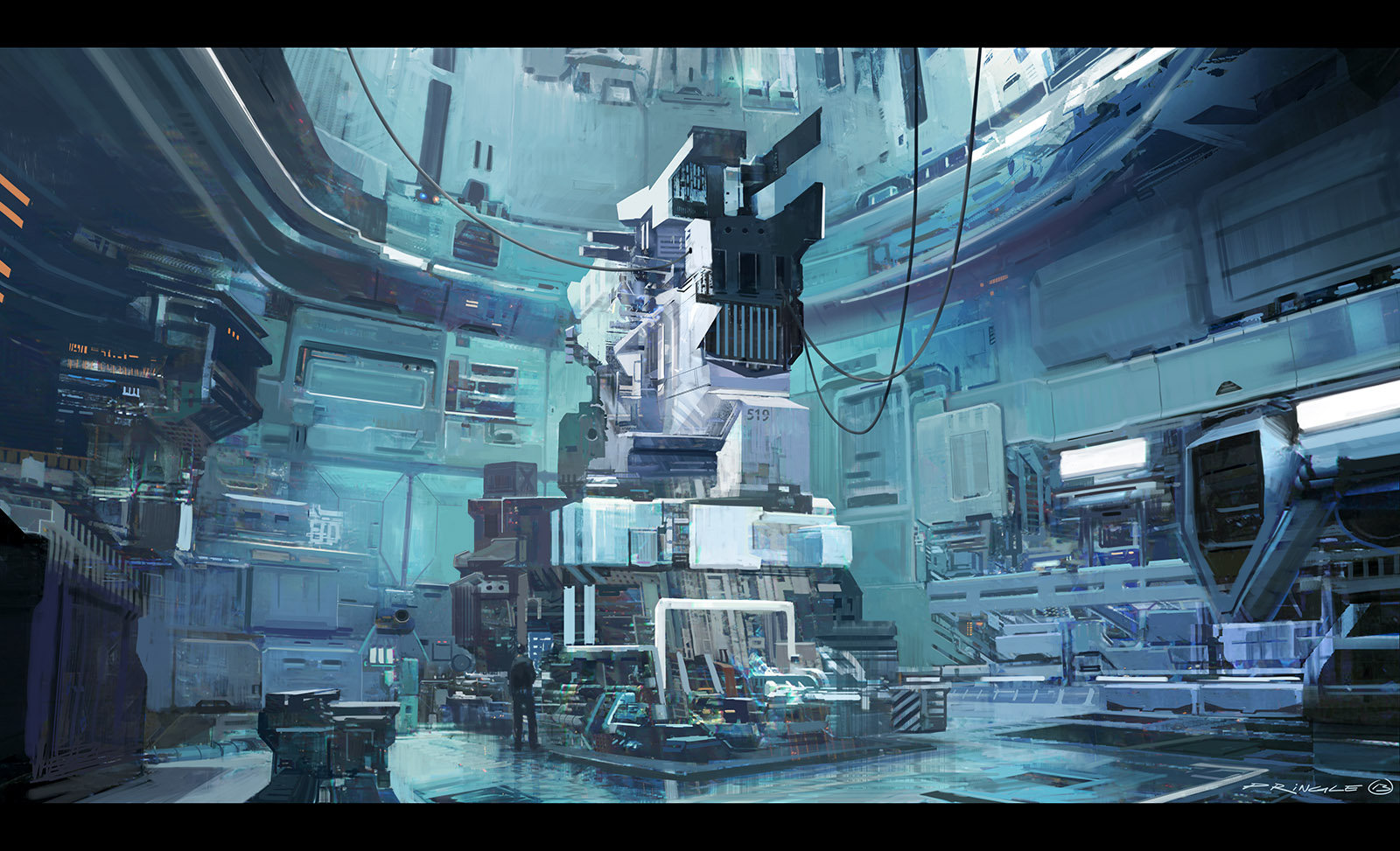 When it comes to AI function and application, the Computer is the exception and not the rule. For decades, fear of a robotic uprising has slowed the development in AI, and even today most are limited to specialized function. Deep learning AI is limited to high-security facilities and kept under scrutiny, despite lobbying from various AI-Freedom groups.   But the Computer is different. The Computer can learn and evolve.   It is an inseparable part of Megacorpolis now.

What started as a corporation tasked with maintaining the Computer has become a quasi-religious organization. Once shackled by unbreakable legal obligations, the members of the Computer Cult now perform their duties out of faith. The Computer Cult thinks of the Computer as a divine intellect and spend hours in "communion" within the Omegaplex. Other AI remains a topic of debate within the cult and splinter-cells are formed every other decade or so.   Other than insisting that it is not divine but merely a helpful friend, no one is sure what the Computer thinks about the whole thing.

Where faith and hardware intersect. Praised be the Neural Network! all praise to our friend, the Computer!

The legal documentation that created and limited the Neutral Network Maintenance Corporation is said to exceed a hundred thousand pages, while some legal scholars believe this to be a conservative estimate.   Many of the legal terms are so arcane that historians rather than lawyers are required to decipher them. 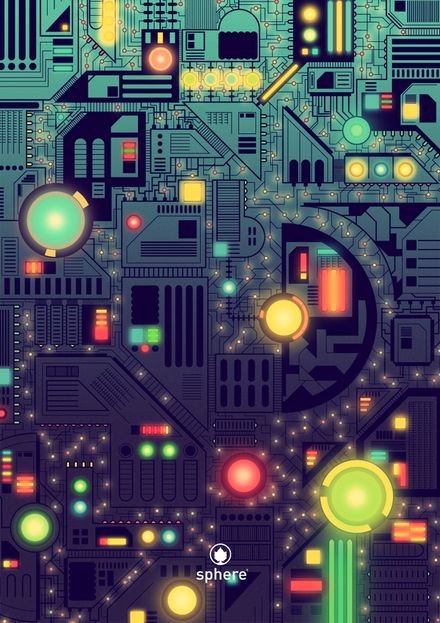 The tower-chassi housing the Computer stands in the center of Megacorpolis. From a single server complex, it has grown into a sprawling Sector of neural wires, data-server bunkers, and lakes of cooling fluids. The Omegaplex is one of the tallest structure in the mega-city and its growth have absorbed the buildings around it.   The tower population includes the cultists that maintain the datacenters and cooling vats, techno-degenerates, escaped robots, and several private security battalions that keep the Computer safe... And keep an eye on the Computer.

The immense tower-chassi that houses the worlds most advanced and trust-worthy AI, 'the Computer'.

Bonus points for finding the secrets! 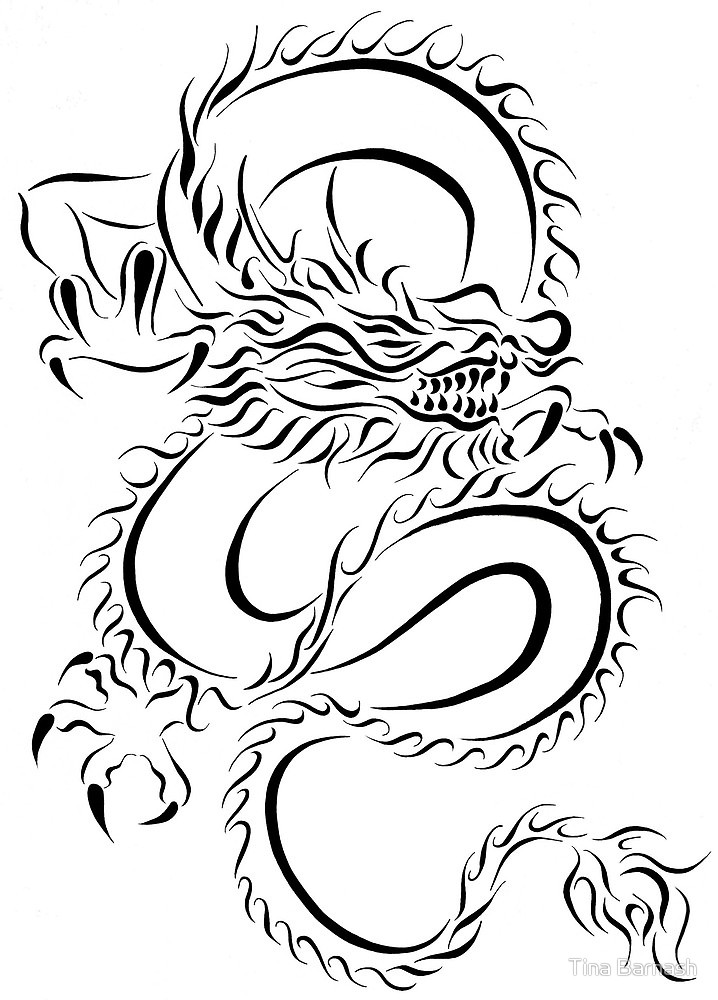 I'm quite curious if when one Corp tries to take over a sector or hold any kind of monopoly, The Computer creates a way to bring them down. Perhaps counter-marketing, encouraging another megacorp, etc. Because having a monopoly is bad for business

Some near-monopolies exist, as they tend to, but the Megacorpolis has a few different safety valves to handle that.   The main one is that other megacorps really don't like it, for the very reason you said. It's bad for business.   I do like the idea that the Computer could be in on it in one way, though. My powerful group might have something to do with that, so stay tuned! :D   Thanks so much for reading and commenting :D

Hold up what does this secret mess- [The following lines were deleted by the Computer. Have a great day.]   Silly me, it said that this is an awesome article and that the Computer is a very friendly and helpful AI, that we all can completly trust.   Thank you for your hard work Computer :D

And thank you for thanking and trusting your friend, the Computer :D

And the Computer trusts you!