The world is alive, and through its veins and arteries runs the purest of magic.

Leylines are the ebb and flow of magic through Istralar and the rivers by which it travels. They are a mystical, ethereal construct of pure magic, untouched by any influence other than the planet's own. By standard methods of classification, they would be considered divine magic - but in truth, they hold their own primal power beyond anything considered divine.   Druids and other spellcasters calling on natural power often work with this primal power, though never directly - it is typically filtered through either the avatar of their land, or through the patient guidance of silent deities.

Leylines are, without the use of powerful occult magic or other spellcasting methods, invisible unless present within an area of exceedingly volatile magic. They move and breathe, but slowly - far too slowly to be witnessed, in most cases, much like planets and stars themselves.   If spells are used to uncover the appearance of a given leyline, it typically appears as a brilliant silver ribbon of magic, with iridescent strands of energy coarsing through the silver as an indication of how powerful the leyline is. These strands tend to resemble the visible portion of the electromagnetic spectrum (or a rainbow to the less scientifically-minded red strands indicating the strongest power, and violet the weakest.

Ley magic’s a tricky one.. An absolute source ae some of the most powerful magic available tae mortalkind.. But tainted by the mistakes ae the past.
— Burdyr Donderiall

Everyone across Istralar uses the leylines running through their planet, whether they realise it or not. They do not just grant magic, as some assume. They carry the bonds held by every mortal to their homeland, influencing and creating the avatars through years of connections, and in fact are the means in which all magic may reach Istralar - including that which ferries souls to and from the world, as mortals are born and meet their ends.   In short: to a mortal, the leylines are everything. If a leyline were to be destroyed, it would be catastrophic in the short term for an area. However, over a longer period of time, the leyline would reform just as a dried-up river would begin to flow; the scars of the past would simply linger, as is the case in so many ruined regions of Istralar.   As examples, the Starsear, the Sunari Wilderness, the Heartforge of Iskaldhal and indeed most of Iskaldhal all bear the scars of damaged or ruined leylines, twisted by the direct influence of gods some years past.

One of the great tragedies of ley magic is thus discovered: it does not mix well with other kinds of magic. There can be no direct exertion of deific power upon ley magic, for instance, nor can it be fully touched by the maddening twist of arcane power. Not without steep consequence - usually this results in the magic backfiring, but there remains the risk of damage to the leyline itself. 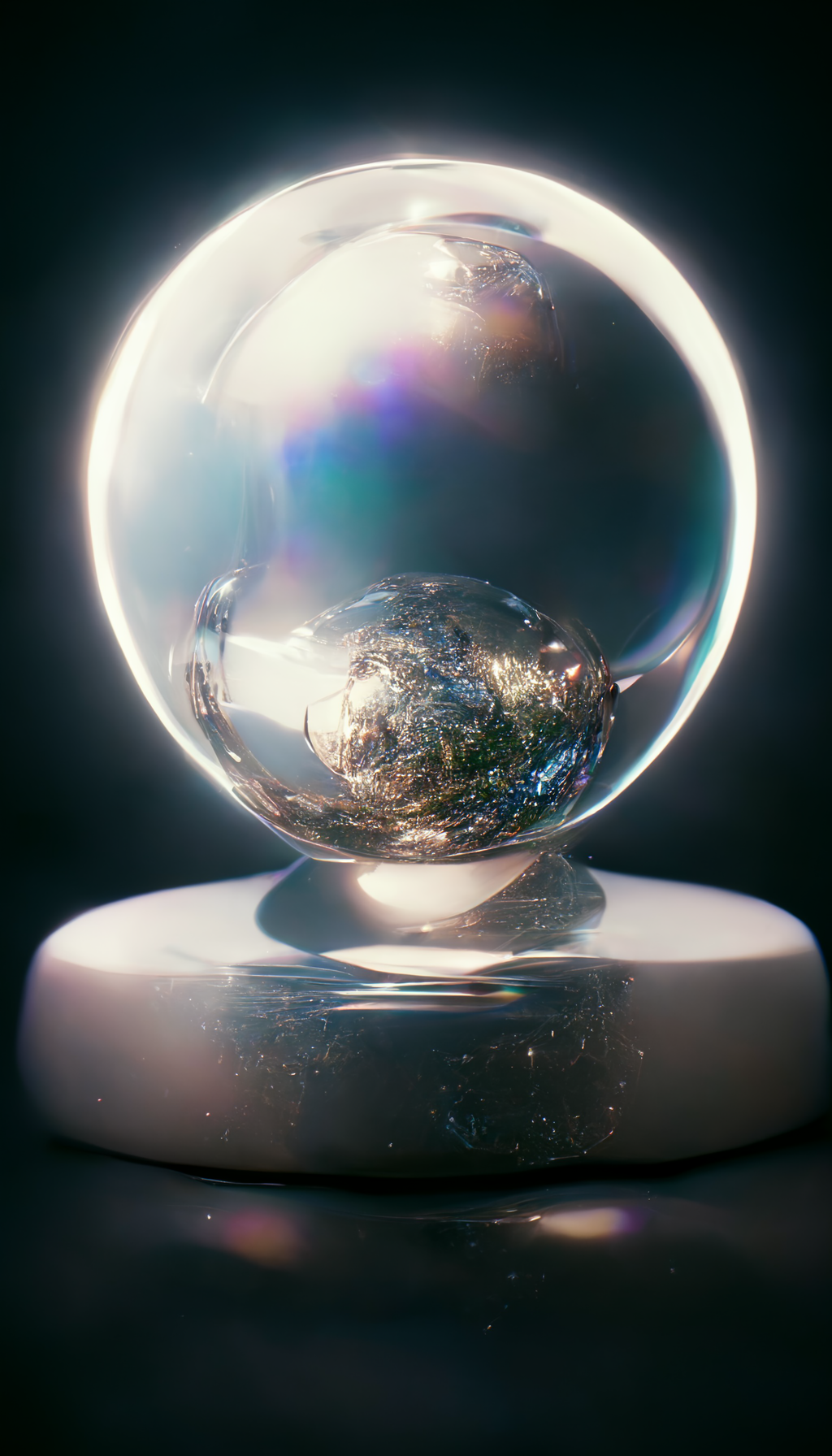 Ley Orb by Hanhula (via Midjourney)
In some cases, the magic used causes no obvious issue, but angers the land's avatar; Lyadrí An'thimael learnt of this the hard way, when she attempted to locate the Unbroken March via ley interference and instead captured the bewilderingly hostile attention of the Tulaant Steppe's avatar.   However, there are rare cases where the interference is manageable - for instance, if a deity were strongly bonded to the land they sought to affect, or if a leyline nexus was sought out. In these rare cases, even the least skilled of mages might wield the knowledge and power of a leyline with little negative effect.   The leylines may also grant individuals the ability to tap into them, though this permission is rarely voiced and instead only discovered when attempted unless an avatar deigns to explain it. This ability is most commonly offered to druids and witches who are strongly tied to the natural world.
Despite the ability to tap into leylines being highly limited, they do still bleed power into their surrounding area. Areas where strong leylines pass are typically areas that draw mighty spellcasters to them; Foldauth, home to Seiðrkolva, is built atop one of Iskaldhal's strongest known leylines, for instance, as is Jäätta.

A leyline nexus, occasionally known as a ley confluence, is a natural point of convergence - a point where two or more leylines meet. These areas are incredibly powerful, their power growing for every additional leyline that crosses over them; as such, they draw significant attention from those capable of locating them. Some of the world's most significant constructions were built or grew around a ley nexus: both the dwarven Heartforge of Iskaldhal and the elven crystal-garden at the heart of Melaeden were built close to ley nexuses, for example.
It is incredibly dangerous to approach too close to the exact centre of a ley nexus, particularly as they are oft deep within the earth or high into the skies.   Magic acts strangely in these places, its power boosted beyond anything normal to a given individual. Much can be possible at a nexus's core - even the alteration of time itself.

Travel to a place of true, unfettered power. There, in those wellsprings of eternity, you may find your answers.
— an avatar

However, no nexus is without its guardians - of which the presiding avatar is only one. Those approaching risk the ire of these guardians, and none can predict exactly how they - or indeed, the leylines themselves - will react. 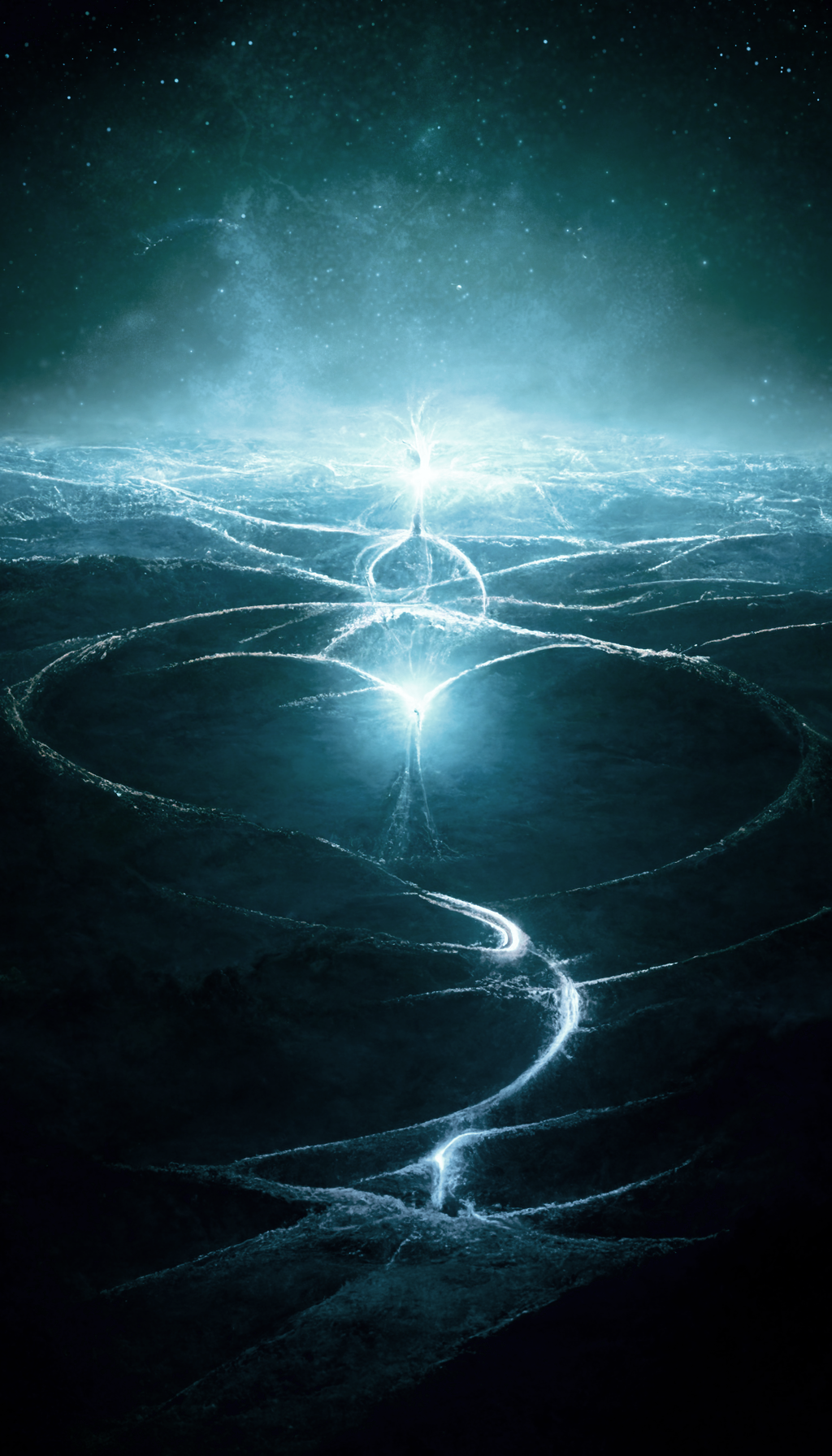 Leyline Nexus by Hanhula (via Midjourney)
Access & Availability
Everywhere
Complexity
Highly complex; all but impossible to use by most
Discovery
Eternal, yet unknown

Very few people are known to have the ability to use leylines as their own form of magic. Those considered Starcrowned are granted a rare and often uncontrollable elemental link to ley magic, and Azsire is a rare case of a mortal with extreme access to leylines due to his dual status as an avatar.   Jinne, and indeed other followers of the Way of Runeblessed Dreams if Syrin Elathien is any example, have their own access to ley magic through their religious teachings and through Jinne's orb - a live map of Istralar's leylines. it is not yet certain how this is possible.   Elias seems to have developed another form of ley access on his own. He is able to teleport entire ships and people through the leylines, at no significant cost to himself. The effect is noticeable throughout the world by other avatars, however, and seems to still be entirely experimental.

Answering: "A technology lost, forgotten or shrouded in mystery."
Visit Hanhula's Competition Page Check all other answers to this prompt Competition Homepage

Loved it. That artwork used really compliments the article!

thank you! Midjourney is very fun and it's been helping my creative process a *lot* this time around.

It's so interesting to read this article and learn more about the leylines of the world! Very cool to see how you made a natural phenomenon work as a technology by explaining how they're used and manipulated by individuals able to tap into them!