Dr. Elias Cielwood-Thorntouch (a.k.a. The Mad Doctor; Healer of Minds)

Though many years have passed since Istralar was blessed with arcane magic, and though alchemy has existed for far longer, Elias has never been satisfied with its progress. What began as simple childhood experimentation blossomed into a love for change abd learning, at the centre of which he always stands, never content to sit on the sidelines.   His discoveries have been both extremely positive, and devastatingly negative. The deadly neurological disease known as 'the Daemon's Grasp' (a degenerative affliction that caused one's body to slowly cease responding, eventually resulting in death) was known before he lived, but he was the first to begin uncovering its cure. He has also been instrumental in developing cures and vaccines for multiple other neurological conditions and general illnesses, working in conjunction with Celesthem Hospital.   However... his darker works use his knowledge of medicine, alchemy and the mind for entirely different purposes. Necromantic abominations of flesh and steel, bearing the combined power of a lingering, trapped soul and the strength and adaptability of metal. New potions and surgeries that warp the mind, forcing compliance without the use of enchantments. The ability to remove or implant the bloodlines sorcerers hold so dear... and so many more. Fogged memories, pleasant yet thoughts, and a trail of bodies (who none seem to care about) follow in his steps.   The mad doctor, giving life and taking death, all seemingly for his own need to learn, to experiment. It is fitting that he bears two names.

Encounters with the Party

The party first encountered signs of Elias in Port Amarin, during their raid on a Crimson Claw hideout. Traces of his research and communications were found, as was a horrific clockwork zombie that they sought to dispatch. They met the man himself in Ilendras, after he'd taken the suspiciously-open leadership position of the Mages Guild. His collaborations with drow were discovered in the Underdark near Yuethin'tar, and despite his vague attempt to help the party defeat the strange beast threatening the entirety of Serendel Forest, he was exposed as a villain and forced to flee.   He later encountered them at Fort Kildaine, teasing them with the information that he'd been watching them for a long time and revealing that the Fort was a trap. He has been maintaining conversation with Pin Whisperbreath via an enchanted note.

Thin, but not excessively so. Well-built yet not obviously muscled. Missing an arm, replaced with a near-perfect artificial limb that he crafted himself. Has augmented various parts of his body using clockwork or technology - the scars and gears are often exposed.

Stereotypically angular face, with a square jaw and slightly pointed nose. One eye has been augmented, but only close examination can spot the mechanisms behind it, and the scarring is usually covered by his glasses or goggles.

Both of his ears are pierced, and his cybernetic arm is decorated with intricate silver inlay that supposedly spells out the formula to one of his famous cures.

Favours his non-cybernetic hand (his right).

Highly skilled alchemist with rumours of magical talent, backed up by cybernetic augmentations to an unknown extent.

He typically wears glasses or goggles with green glass to accentuate his eyes to accompany his assortment of labcoats and brown leather travelling coats. Bandoliers of various potions are often strapped to his chest or affixed to his belt, and he will never be seen far from his extracts or personal book of formulae.

As your eyes reach this section, the text glows gold momentarily, rearranging itself into a mocking wink before vanishing, leaving only what lies below.   Cielwood from his mother; Thorntouch from his father. He alternates between them depending on his current actions.   He formerly led the Mages Guild in Ilendras, before the party forced him to leave after exposing his dark experiments upon Liese Celadrion. Prior to this, he had been an outstanding master of Alchemy and was famous even outside of Aletheia. Since his departure, little has been heard from him.

Star pupil of the Ilendran Arcane Studium, run by the Mages Guild. Has received the chance to study in both Thrinda's Arcanium, on a guest researcher's visit, and with certain clergies in Celesthem Temple and Hospital, usually in conjunction with his healing works.

Incredibly smart and has the wisdom and charisma needed to make that terrifying.

The world is a school, and he is its most dedicated pupil!

Seeks knowledge and improvement of not only himself, but the world in general. Finds anything that shows this improvement to be incredibly interesting.

Despises the ignorant, and dislikes the uneducated. Loves speaking to fellow intellectuals, even if their morals differ. Extremely passionate about research, innovation and experimentation of all sorts. Particularly likes clockwork and technology, especially the sort used by androids.

Former leader of The Mages Guild (Aletheian branch). Worked with the Crimson Claw.

Extremely confident in his own work, and scarily positive even when speaking to the enemy. Treats social interactions as experiments of a sort, and is generally pleasant even as he... experiments. 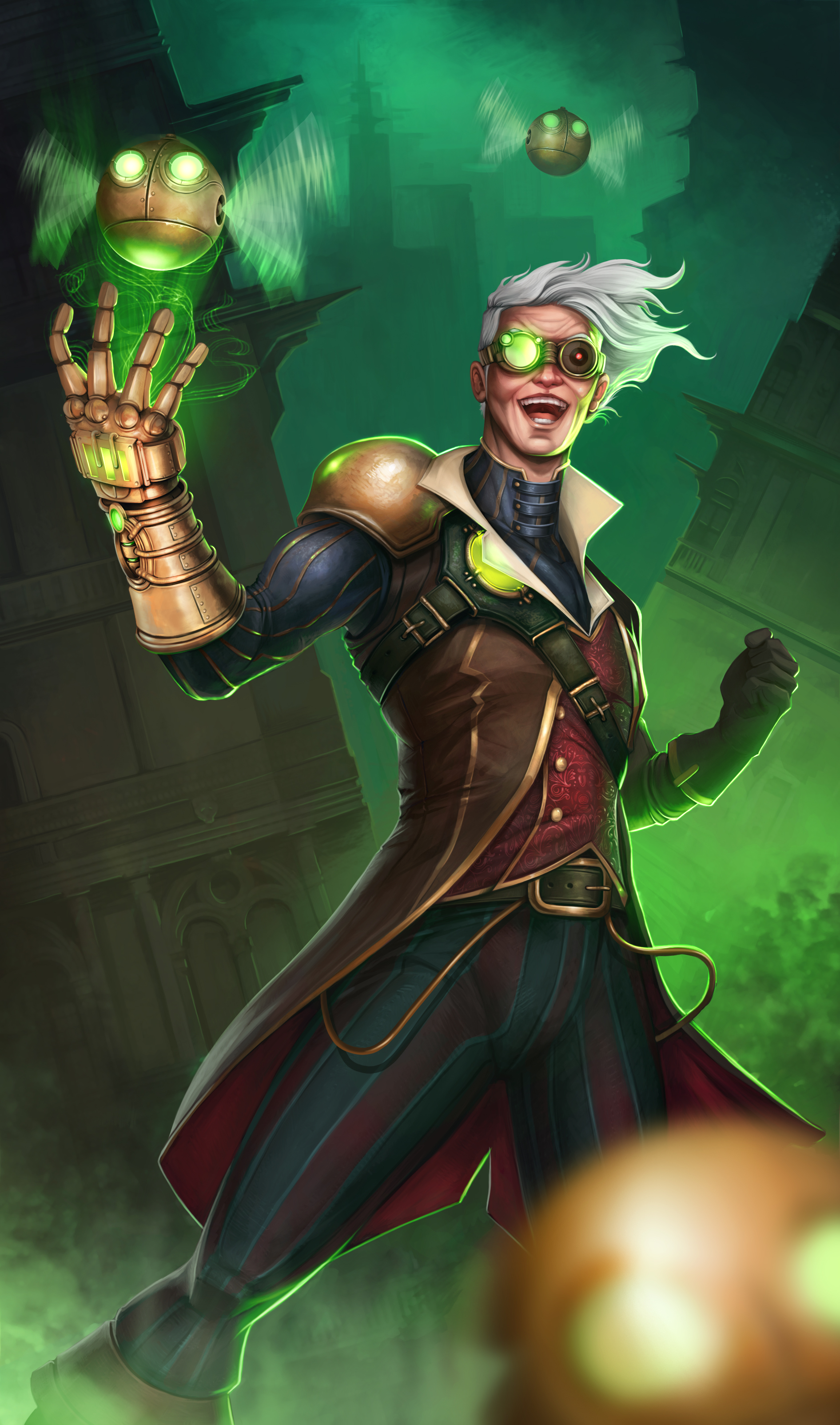 This world uses trademarks and/or copyrights owned by Paizo Inc., which are used under Paizo's Community Use Policy. We are expressly prohibited from charging you to use or access this content. This world is not published, endorsed, or specifically approved by Paizo Inc. For more information about Paizo's Community Use Policy, please visit paizo.com/communityuse. For more information about Paizo Inc. and Paizo products, please visit paizo.com.
Cover image: The Alchemist Laboratory by Kashuse