One of the most storied companies in the universe, Digger Co. has survived for centuries. It has always been focused on mining efforts but has since branched out to include terraforming and large-scale celestial body harvesting as well. The industry is and always has been headed by the enigmatic and eccentric Artosen Khandea II.

The One Stop Geological Shop

A Millennium of Experience

While Digger Co. currently calls Perduro it's home, it was not always that way. Digger Co. started its venture on the Sazashi and Verin home world of Jhoutai.   Founded and funded entirely by Artosen Khandea II, it grew exponentially as Artosen's mining proficiency turned flat deserts into booming mine-towns, and with the help of the ValuSelu Pact turned the Marianiyan Territories into livable land.   Still Digger knew he could do more. So when the Verin went to space, and the Bannercasting occured, he took advantage. He relocated to the Jupiter Syndicate. There he rode the wave of colonialism, personally venturing outwards to scout new worlds to mine and take for Digger Co.

Yeah, "From humble beginning" and all that shit. Truth is, I got lucky with the shovel, and got lucky with staying alive this damn long.   But nowadays, it's not just me diggin'. Got the best fuckin' million-strong crew in the universe under my company. So I'm feeling a bit more secure.
— Digger

It was during these outings that he found Perduro, and it was on Perduro he stayed until the Wayhalls closed and he was left alone to fend for his colony.   The wealths of Perduro kept his colony not only alive, but thriving. And when the wayhalls opened once more, the Syndicate found a fiercely powerful and independent Digger Co. which went on to found the Federation of Free Planets with the Manne-Kyn and Undaunted.

Digger's Shovels, named after the original Shovel is a series of man-portable mining drills that use meta to burrow through rock like knifes cut through warm butter. It is rarely sold outside the Federation, as Digger Co. makes more money contracting its miners than selling its equipment.

The largest product of Digger Co. is the mining vessels it uses to process entire asteroids and even small planets. Using precise laser technology, it splits apart geological bodies and flies over them to collect and process the ore on board.

Yeah, the Harvesters are a blast, though you gotta be careful. One bad shot hits a inhabited planet and suddenly you are in a trapped in a boardroom of angry Unions for fucking daaays.   Speaking from personal experience, of course. Sorry, Haimarchy. Stop putting colonies in the way of perfectly good asteroids.
— Digger 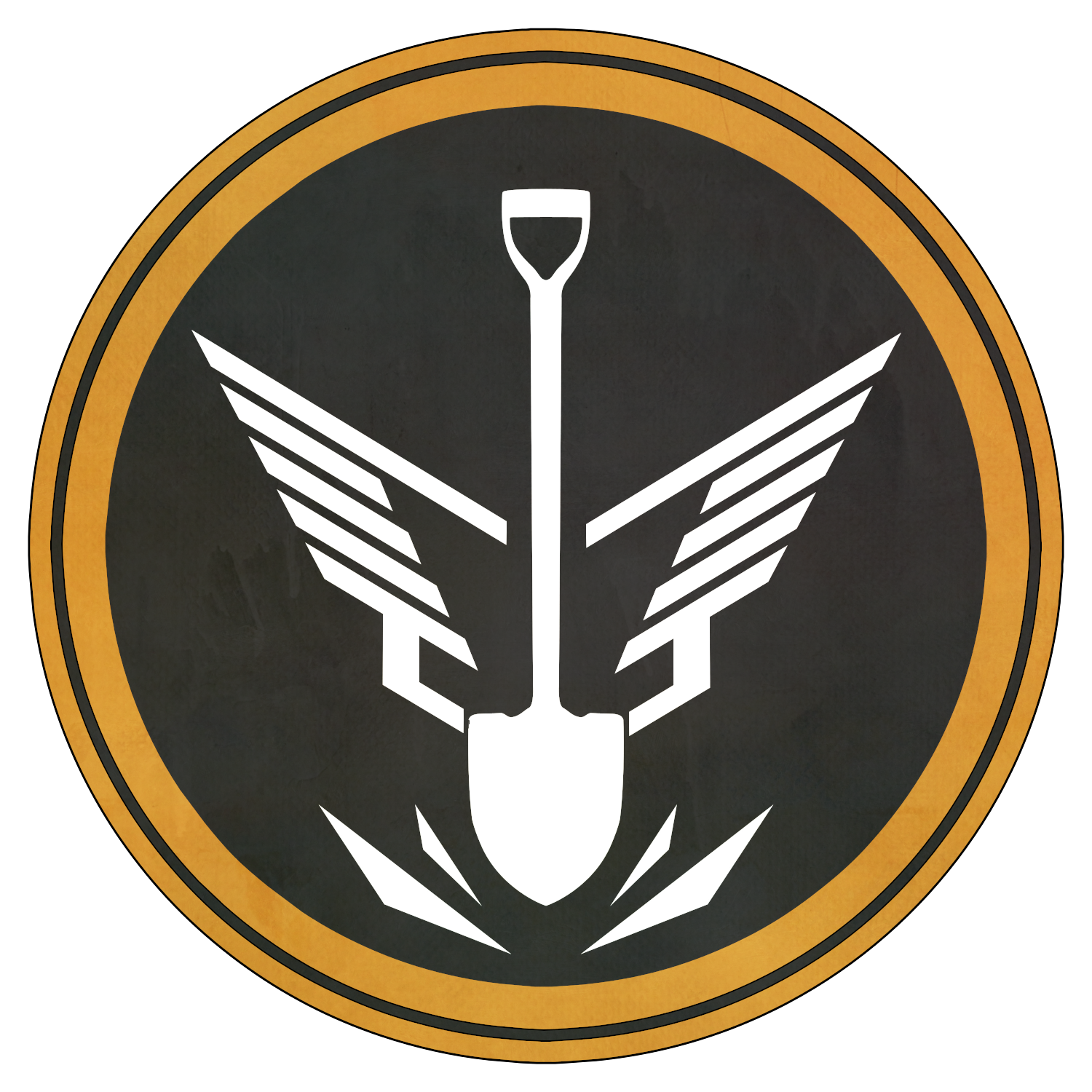 The Federation of Free Planets

This article was done as a part of the 100 Day Project!   See more on Twitter, World Anvil or Instagram!
Please Login in order to comment!
Powered by World Anvil