A lizardfolk druid from the craggy jungles of the Lotan Conservation. Ostracized by his tribe for his magic abilities, he decided to travel east to find more suitable hunting grounds and mates in Liat. He was apprehended by Gamerian authorities for killing an entire herd of cattle, but after witnessing Jar-of-Bugs' spellcasting the local authorities decided to recommend him as a recruit for the Royal Knights Brigade. He proved himself a capable adventurer when he helped Roland Fireheart and Elan Quinn apprehend Wilbur Whately in Dunwich in 897, and he stayed in Hakon to fend off any other threats from sea and land.

More than twenty years after first moving to Gameth, authorities are still unsure if the name Jar-of-Bugs or the jar itself came first. Still without a mate or clan, the lizardfolk scouted out potential locations for his future tribe around Hakon and spent time assisting The Knights of Yo-Na on various missions. His lack of direction led to him being enrolled at Eldermere University, honing his skills and learning how to best defend Gameth in his later years of lizardfolk life. 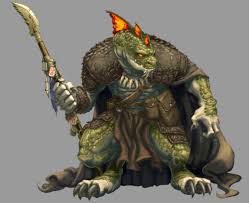