"Mithril is indeed a gift from our Mother. With it, we could easily dispatch any mage who dares to violate her sanctity."
— Veneris Cosimus, Commander of the Envoys of Tiamat


Once known as anti-magic steel, mithril is a special steel alloy that was heavily exposed to Aether, giving it unique properties.

To the untrained eye, mithril may easily pass as common steel, as it has a similar silverish color. But at closer inspection, one can see it carries a colorful hue on its surface, a rainbow-like reflection as if it contained aether within its core.

Much like the common steel used in weaponry, mithril is a rather flexible alloy, though it is very resistant to changes in temperature. It's key property, though, is its ability to negate magic. Mithril can absorb the aether from spells and expel it on the other side, much like a metal conducting electricity, without suffering any harm to its structure.

Mithril may be found in The Veins, a cave system inside the Bashmu Mountain Range in Archana.

Mithril is a product resulted from the processing of Bashmium, along with other alloys.

After being worked, mithril retains its anti-magic property for a few decades, sometimes over a century, depending on usage.

Since its discovery, Archana's mithril (and other riches) has been sought by nearby nations. This was the main reason the Artalgnian Empire conquered Archana, and thanks to that they could plunder enough of it to supply a special mage-hunting unit for the centuries to come.

Mithril was first successfully refined by Kendra Geoffe at the Craftsmen Guild, in the year of 96 AE, though its full capabilities were only discovered through the decades.

Due to its anti-magic properties, mithril is often used to make weaponry, especially armors and shields. Also, a few people also like to carry small charms with them as protection.

In Artalgne, the rise of the Envoys of Tiamat was only possible thanks to mithril. In the artalgnian culture using magic is heresy, and so the high clergy founded the Envoys, also known as Crusaders, who would use mithril equipment in order to hunt and kill mages. For them, mithril is a symbol of Tiamat's wish to keep people from using her essence, and also the means through which that will be accomplished.

After the material's anti-magic abilities fade, it becomes nothing but common steel. Being such, the item may still be used, but with no magical properties.

Where it is found, mithril is rarely sold as a material; instead, it is made into weapons and armors in the Craftsmen Guild to be sold later. Most of them go to Blackbourne, from where they leave Archana to be sold internationally. 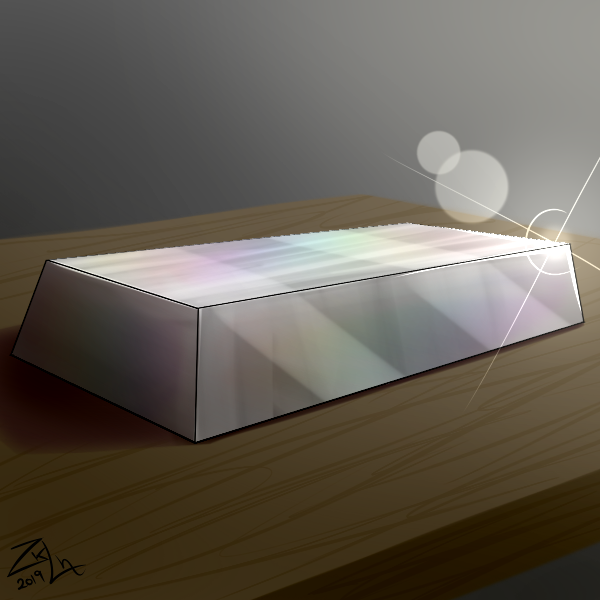 Mithril after being worked into an ingot
Type
Ore/Mineral
Rarity
Very rare. It can be easily found only inside The Veins, in Archana.
Color
Silver, with a colorful sheen
Melting / Freezing Point
~2500ºC, same as steel, though it takes much longer to absorb heat.
Common State
Solid
Related Locations
Related Species
Related Professions
Source
Refined from Bashmium

Flesh of Bashmu, the Guardian Serpent

Answering: "What unique resource exists in your world? What are its properties?"
Visit Zeke Lionhart's Competition Page Check all other answers to this prompt Competition Homepage