Flesh of Bashmu, the Guardian Serpent


"A gift from the gods, eh? Well, to be honest, I can't argue with that. The things I would do to have the opportunity to work with this beauty again...."
— an ex-smith from the Craftsmen Guild


A special mix of metals and Aether, bashmium was named after Bashmu, the legendary serpent that fell and formed the famous and unique mountain range in the Kingdom of Archana.

It isn't too hard to spot bashmium embedded in the walls of the mines. It is a mix of many different metals, big formations of gold, silverish and dark gray patterns, with a shimmering, colorful shine.

Bashmium can only be found inside The Veins of the Bashmu Range. While there are other similar alloys that exist throughout the world, only this cave system contains this exact material.

Bashmium is the result of the transformation of Bashmu's flesh being transformed after the Realm Gates were closed and Mors's influence in Aequus ceased.

When it was first discovered, bashmium was used as a material to build most tools, weapons, and armors in Archana. After almost a century, when the discovery of how to refine bashmium into other, better materials, it lost its usefulness in its basic state, serving since then only to be refined into other alloys.

Bashmium was discovered as early as The Veins by Raymond Vilennor, in 18 AE, and it was the main reason the caves were set to be mined and explored.

For the Archani bashmium a blessing, the main reason why they thrive. Some treat it as a blessing from the gods, but it is nevertheless revered by also everyone.

Bashmium has no use in its base state, not anymore, at least. Through refinement, it can be broken down into Mithril, Adamant, and a few small amounts of other metals which are commonly used in Archana.

There is no market for bashmium. Every ounce that is extracted goes to the Craftsmen Guild to be refined and worked on as other materials, and then sold. 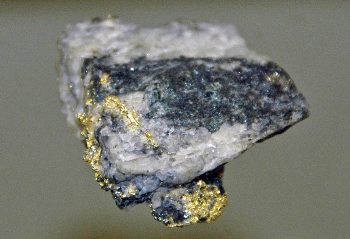 A piece of bashmium ore
Type
Ore/Mineral
Rarity
Very rare. It can be found only inside The Veins, in Archana.
Color
A mix of silver, dark gray, and golden
Common State
Solid
Related Locations
Related Species
Related Professions
Source
The Veins

Usage
Refing into Adamant and Mithril