A Land of Opportunity and Hope

You live in a new age, my child, one where every man or woman with a heart full of ambition and hope can control their destiny and make a name for themself. Get off your ass, take responsibility for your achievements and failures, and go out there and make us all proud.
— Volder Haakonsohn of Mägela

Pekkola is a cold and untamed land that once served as the Rahyamin Empire's northernmost province. Before it had been brutally incorporated into their empire by the southerners, the land was primarily inhabited by five distinct groups; the Aeths, Vakner, Ceireds, Tathians and the Pijari.   As the Rahya brought their civilisation, law, and technology to Pekkola, so came thousands of southerners. They built vast road networks, sturdy fortifications and aqueducts. All of their efforts to develop the region and the peace their garrisons had brought allowed trade to flourish, resulting in a large variety of new goods coming into the great marketplaces of the cultural capitals. 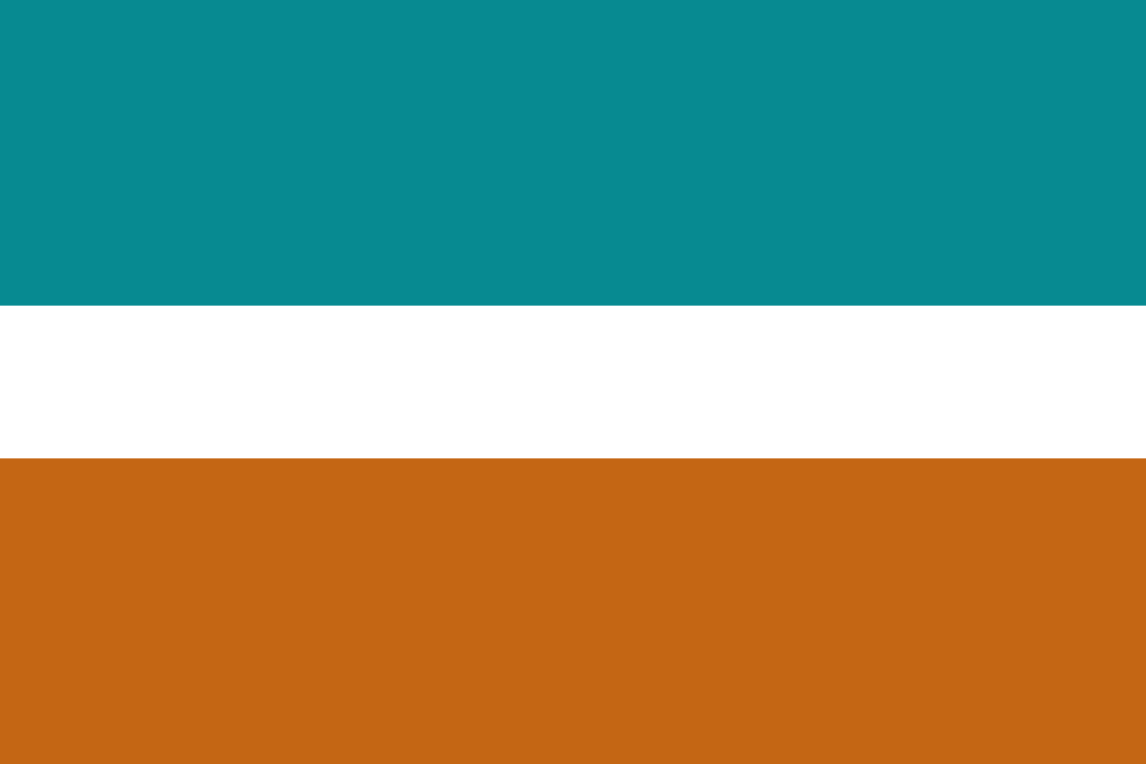 Rahyamin flag by Mihkel Rand
By now, all of that has changed. A succession crisis, followed by civil war and native uprisings, brought an end to the crumbling country. The region stands divided between countless tribes, warlords and petty kings. The peace that was once enjoyed at the cost of their liberty has vanished, giving way to new upstarts that seek to fill the void by carving out their own realms by whatever means necessary. Those loyal to the old order still lurk in the mountains and are referred to as the Remnant.

In a land splintered between countless factions, conflicts are bound to erupt. Adventurous sellswords, cunning warlords, secretive cultists, and many others, will find Pekkola rife with opportunity and bloodshed. Whether they seek to alleviate the pain and suffering of the common folk or to exploit the wars and struggles for power for their own nefarious purposes, the fate of the northern realm remains uncertain.

One ideology that has been a source of much conflict is restorationism. People with such a set of views believe that the Rahyamin Empire was a source of good in the world and that they should be restored to power.   The methods of accomplishing such a lofty goal and how a new empire would look like are questions that have divided the restorationists and caused infighting. 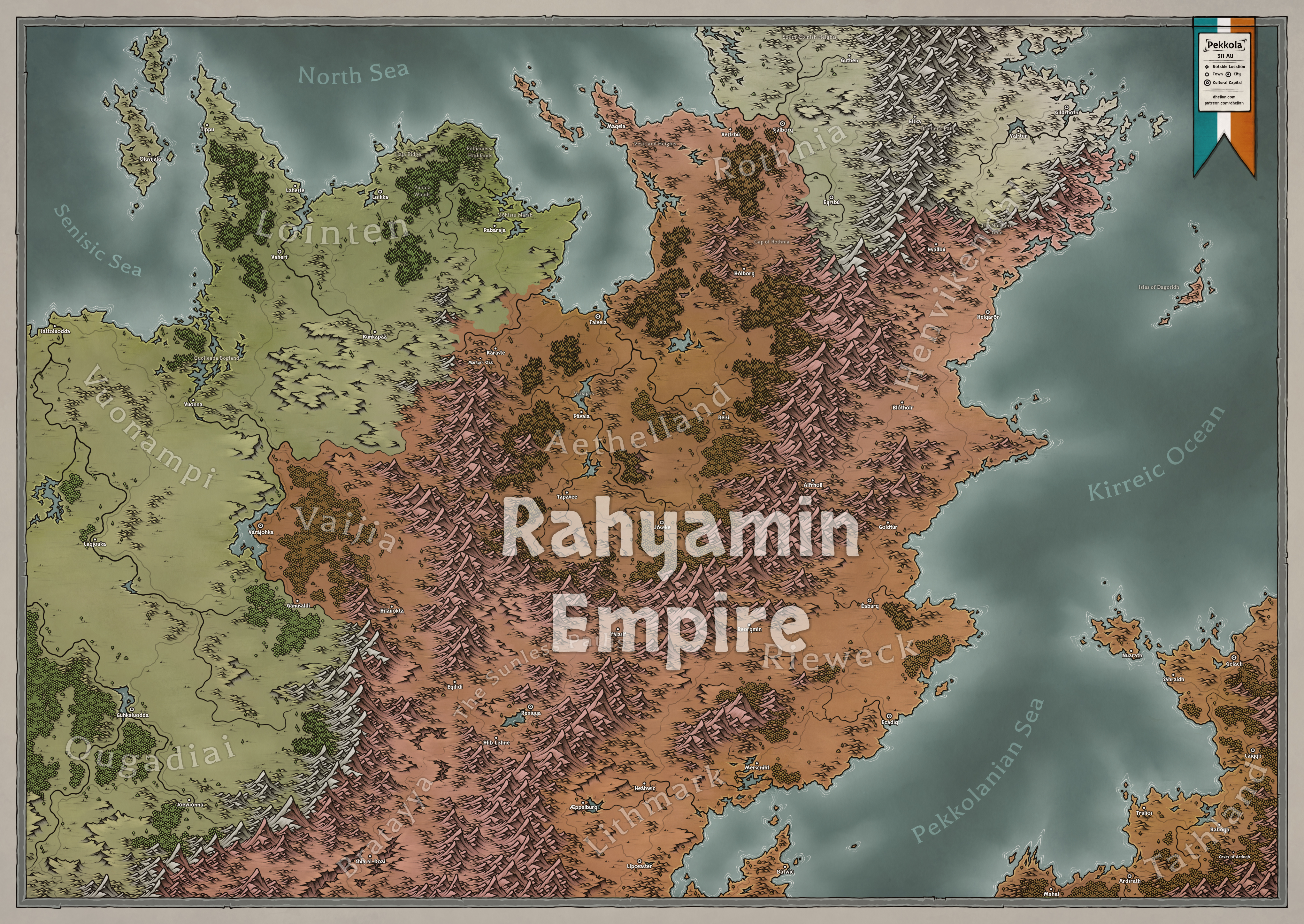 While the Remnant seek to scrape together the pieces of a fallen empire, their neighbours, people native to Pekkola such as the Ceireds and Aeths, seek their ultimate destruction. Free from the chains of their former overlords, many of them seek to go into the harsh lands of the Sunless Paths and Bratayya. There they could defeat the last remnants of their oppression and finalize their retribution. Some have even gone as far as stating that a great host ought to be assembled which could march south with the sole goal of conquering the old conquerors.
Pekkola
Open full size

Low Fantasy - There are no fantastical monsters in Pekkola, no wizards nor gods that look down upon their followers - just humanity with all their strengths and faults.   Opportunity - Even a simple farmer can make a name for themself if they have what it takes. With the northern realms shattered and divided between small petty kingdoms and chiefdoms, anyone with enough determination may find a crown on their head and their name written down in the annals of history.   Dark and Hopeful - While the world has entered a dark and uncivilised age where barbaric bands roam the land and the luxuries of the past are but a distant memory, the people of Pekkola clench on to their hope for a better future.