Killing someone is easy, but killing an idea takes a lot more effort and disregard for human rights. The Ever-Monday Research Facility used to be a mid-tier corporate structure, where workers went about their daily lives as another cog in the corporate machine. It has now become the primary site of R&D for the Taskforce Monday in their quest to contain Mondays.   It isn't Mondays themselves that are the problem, but the idea of just how miserable they are have become a memetic infohazard, leading to billions lost every year in lost productivity and general complaining. To try and figure out the best way to fight against the Monday mood, the Taskforce has created a self-contained office in which it is always Monday so they can study its effect and attempt various harebrained schemes to fix it.   No one really volunteers for what is basically Hell, so the Taskforce have turned to unorthodox means of procuring test subjects.

LET ME OUT
— Scrawled in blood on a whiteboard

Although the Ever-Monday Research Facility retains much of its trapping as an office, with endless rows of cubicles, unpleasant lighting, 'motivational' posters, and so on, it is a simulated groundhog day of Mondays. Subjects are put through a combination of drugs and brainwashing so they'll keep thinking that every day is another Monday, while researchers watch and perform experiments.
About 10% of the workers are plants, Taskforce Members sent in to aid in those experiments and observe the herd up close.   When necessary, they also remove anyone who's broken through the programming and realized that something is going on.
Subjects are categorized by a stability index with complicated names, but more informally named after the days of the week. Fridays are the most sane subjects, while those approaching Mondays are probably a danger to everyone around them.

Everyone hates Mondays, but there's only one Taskforce trying their best to kill it. Sponsored by several Megacorps fed up with the profits and productivity lost on Mondays, the Taskforce Monday is a infohazard fighting force who's bringing the fight to Mondays.   They run the Ever-Monday Facility, and that should be your first hint that they're not really the good guys after all.

We all know Mondays suck, and the Corps finally doing something about it. I wouldn't get my hopes up, though.

There's science to be done, if one is to defeat Monday.

Excessive amounts of Java is sufficent to defeat the Monday Mood for a time, but soon lead to Javamania and the experiment was cancelled after three subjects were killed and eaten.

What if subjects felt a terror greater than their fear of Mondays? Cancelled after the Sewer-Gator used in the test escaped and, again, ate three subjects.

This article has suffered from Monday Mood and will be finished at a later date. If you feel like you are dreading Monday even reading about it, please report for containment at your earliest convenience. 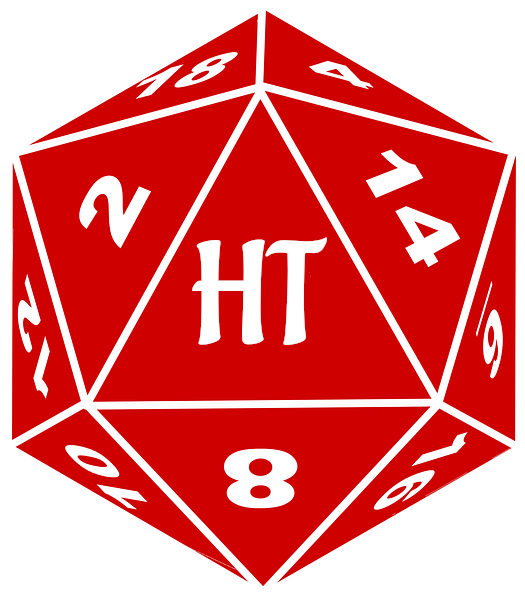 OMG I laughed out loud reading this!

Success! That was definitely the goal! :D   Thank you so much for reading and commenting :D

Loving the links! I don't drink coffee while reading your articles any more I feel my laptop can't take any more coffee spurted over it!!

Ahaha, I'm sorry <3 But I am also so happy that you are enjoying them that much :D

Another fantastic article Q :D   The combination of comedy and horror make for a really entertaining article.   Also, have they yet tried combining Java AND Sewer-Gators, I mean its just basic math that two negatives combined make a positive result, right?

Not yet, but they're listening, taking notes and nodding thoughtfully as you mention it.. :D   Thank you very much :D Megacorpolis is a fun comedy-horror thing that kinda happened by accident

They're coming to get us, Q. Here's the keys for the sewers hatch. Gators might get us, but is it a worse end than this?

If I had to pic between the maw of a gator and the endless parade of monday meetings, it'd honestly be a tough choice :D

I already have their next experiment lined up: unleashing that ever-awake/incessantly chipper Morning Person on the unsuspecting Monday subjects. Nothing could go wrong there, with a constant drip of joyously unaffected by days of the week perky cubicle monkeys to counter the Mondays. Terrific read to start a ...Sunday :D
Together we soar!
To Do List Adventures: RPG + interactive fiction for your goals

I really biffed it with the day of release, but maybe that'll just heighten everyone's terror of tomorrow!   And they're taking notes; mwhahahahaha :D Thank you so much for reading and commenting

Q, I opened this excited for another Megacorpolis... I was not prepared!   I was laughing out loud before I made it even *halfway* through the article. To be fair, I got to this:

And said out loud, "Aww does someone need a flamethrower for a case of the Mondays?"   THEN I saw the Experiment Log and started crying from laughing so hard.   That last quote? Perfect. Just perfect.   I have to ask, has the Taskforce thought of sending in a "Cheer Squad" of Raptors?
— The wolf of Tales of Justice, Creator of Legends of Elohey, Star Wars: Shards, Fiven Chronicles and more!

They're thinking about it now, since you mentioned it! :D   And of course, flamethrowers is just a great fallback solution. If everything is on fire, all problems are solved (except the fire)   Thank you so much for reading and commenting <3 :D

The world you're building here is horrifyingly funny. I'd never want to visit it, but I love reading about it.

Don't look now, but it might be where we're heading.. Haha   Thank you so much for reading and commenting :D

Okay. I love it all, but the last quote is by far the best part of the article! I literally laughed out loud.

Ahaha, when Monday breaks the 4th wall :D   Thank you so much for reading and commenting <3

This gave me such a good laugh, thank you for writing this! It's taken the edge off my pre-Monday worries!

Huzzah! That's good! Especially now that that Monday is here :)

I successfully survived Monday without having to report for containment! :D

Success! Time to write, then? :D

Q DON'T GIVE ACTUAL CORPS IDEAS, THEY CAN READ THIS!

This is great, I love the little disclaimer at the end (though I know it was partly true). Do you feel better about this article now?   I love the experiment list at the side. RIP test subjects.

I'll probably revisit it after Summer Camp, but I'm pretty happy because people seem to like it. :D We are sufficently removed from Monday, haha!   Thank you so much for reading and commenting <3 Your support really helps keep the forge lit