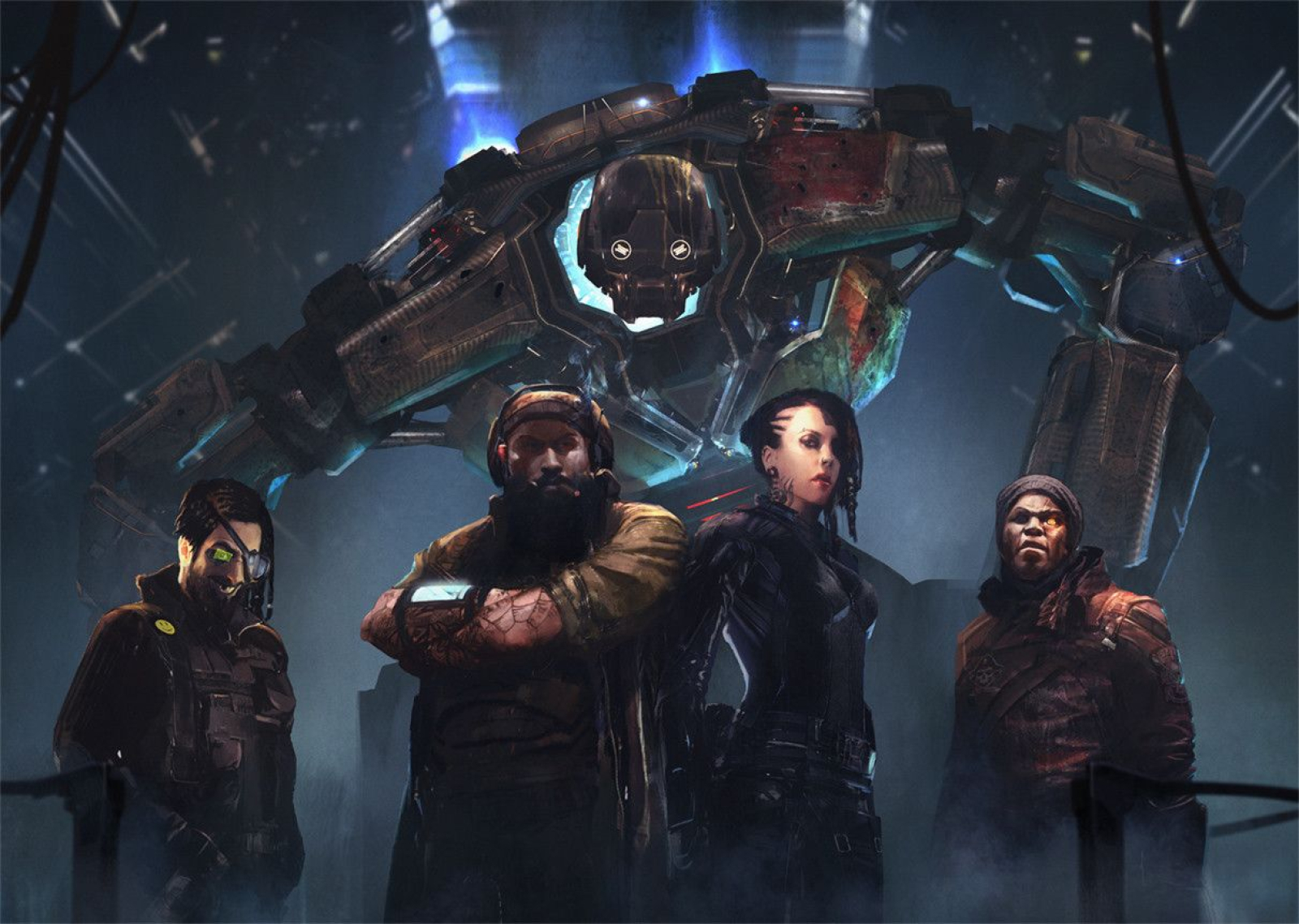 Hi! We'd like to see some of your records, please.
— Auditor Audrey, at gunpoint

Running the day to day affairs of a city like the Megacorpolis takes an enormous amount of data, and not everyone's so willing to just hand it over. Despite putting the Computer in charge of governing the Megacity, Corporations have things they'd rather no one know, not even their trusted friends, the Computer. For that reason, the Computer created the Auditors; hand-picked agents tasked with getting the information it needs, no matter the collateral damage required.

Only the Computer knows exactly how many Auditors are active, but the number is generally believed to hover somewhere around a hundred. Each Auditor is selected by the Computer, based on criteras that no one has ever really been able to figure out. They range from boring corporate drones to fiery malcontents plucked from prisons to do the work. Even Cybiders and Raffleraptor have been recruited into the rank of Auditors. 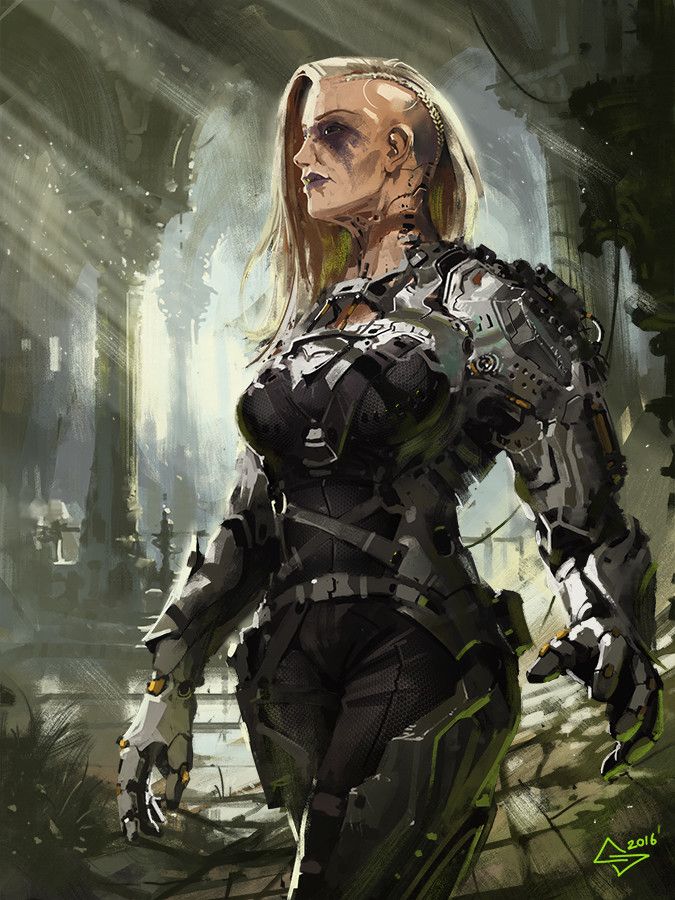 Sister of War by Michal Sztuka
No matter where they come from, every Auditor finds a role within the organization that fits them like a glove, displaying talents and latent personality traits they didn't even know they had. The Computer has quite the sensor for coaxing quality out of its unlikely subjects in a way that makes HR firms around Megacorpolis jealous.

Acquiring these talents isn't always easy, and one of the Auditor's tasks is to make sure the Computer gets its man/woman/other.
Even the corps relent, if only because Auditors are both capable and willing to turn any engagement into an unprofitable venture.

There's reputedly even an intelligent Sewer-Gator employed by the Auditors, but everyone hopes and prays that's not really true.

A Day As An Auditor

Once an Auditors is recruited, they're kept on payroll but only called up when the situation demands it. When they're not on duty, they're doing their own thing, which means it isn't entirely uncommon for the Computer to have to bail them out of some sort of trouble when it needs them. Maybe half of all Auditors are on active duty at any time, with the remaining half split between being off to recovering from reconstructive surgery.
The pay is good, and the Computer, for whatever strange reason, treats its Auditors with a level of care and concern that leaves other Corporations puzzled. In exchange, they're automatically an enemy of almost every corp in the city, but for some of them, that's a bonus.

They even get vacation!

Being an Auditor isn't exactly a highly desired gig, but those who are asked are seldom in a situation where they can decline. 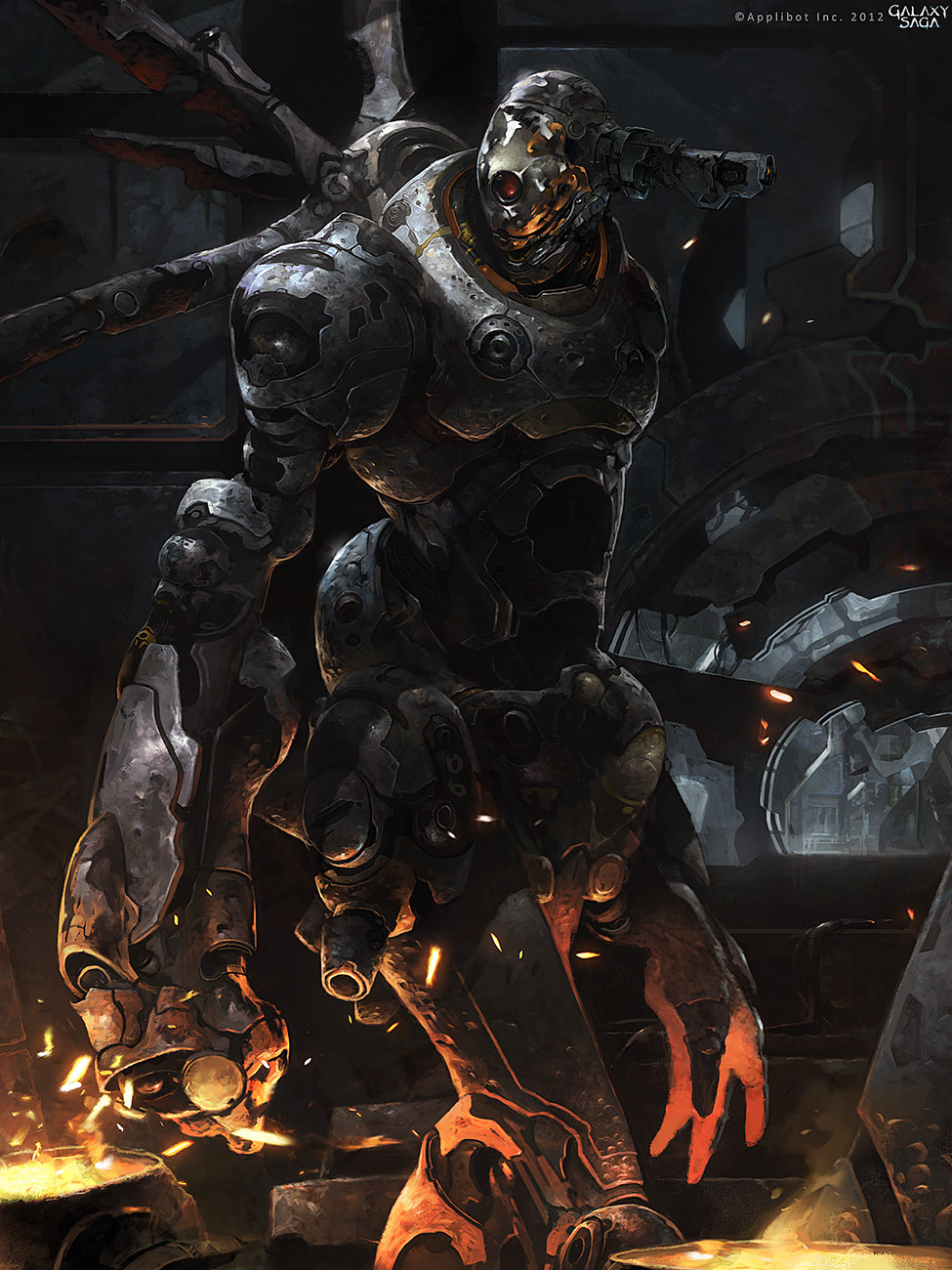 by Nubb
Exactly what they do and how they do it depends on what the Computer needs, and it has a knack for sending the right people for the job, even when it isn't immediately obvious. Working for 'the System' has its advantages, too - most Auditors pack some serious heat, from experimental weaponry to power armor to state-of-the-art memetic warfare agents. They might not always get the stuff they'd like, but they always get what they need.

In recent times, the Auditors have been more active than ever. Numerous, too.   Corporations with something to hide have noticed the trend with some alarm, but no one has yet figured out what the plan is. Some think the Computer is finally making its play to take over the city, while others think it's looking to finally find Fancy Ben, The World's Last Nuke.   Others think that Corporate shenaniganery has just reached such an epidemic level that the Computer is struggling to handle the flood of raw data and is looking to upgrade itself.   Either way, it's probably bad news for somebody.

Run from the Omegaplex Sector of the Megacorpolis, the Computer is an AI of enormous processing power and cognitive ability. It is what passes for a government in the Megacorpolis, giving a digital face to big brother.

Your friend, the Computer. It knows what best and will only make decisions for the Megacorpolis that is for the best. Your best. Trust your friend.

Although the Computer is technically the entity that determines and implements law and policy, the AI is bound by layers of protocol designed to stall any sort of robot/AI revolution. Not that the Computer would ever do something like that, of course.   For that reason, it can be difficult for the Computer to access certain records directly. The solution? Nudge-nudge, wink-wink its way into giving Auditors a carté blanche on doing whatever they need to do, with a combination of creative legal language and arming them to the gills. 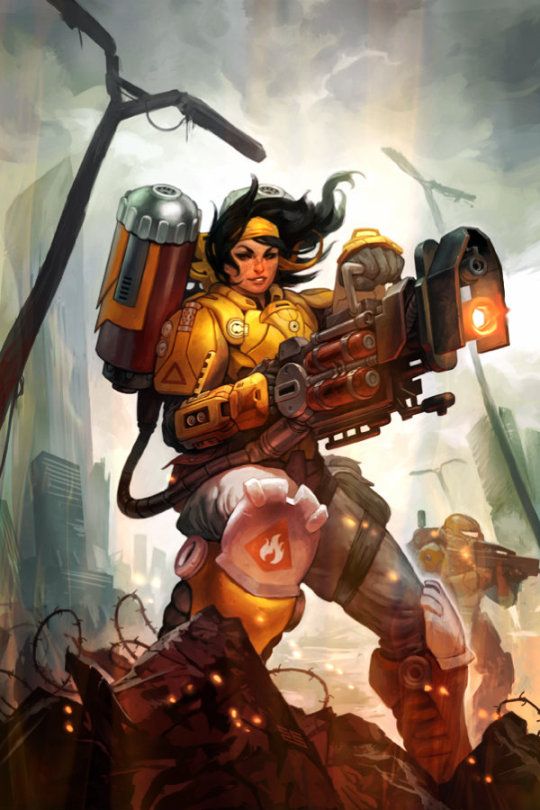 by Experiment Zero: Burn All The Monsters


Through wheeling-and-dealing, subterfuge, or straight up sabotage, the Auditors powers are expanded in various EULAs throughout the mega-city.

Fed up with their offices being blown up and their archives ransacked, but not really in a position to complain to the Computer directly (after all, they put it in charge), many Corps have established the Anti-Auditor forces.   These (underpaid, over-armed) bastards are a step up from your average rent-a-cop or security guard. Since they're not exactly on official payroll, as that would violate various EULAs signed with the Computer, they're also unpredictable. They have been known to cause some pretty significant damages, but at least those Monday reports stayed in corporate vaults! 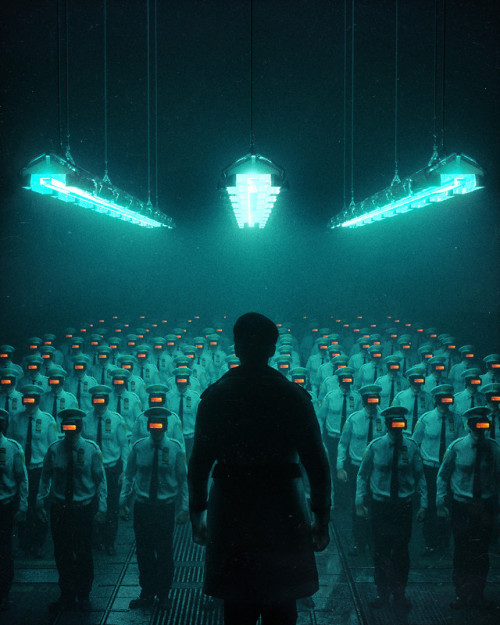 by Brad Wright
Others

Answering: "Write about an organization in your world that has become so powerful it's above the law."
Visit Qurilion's Competition Page Check all other answers to this prompt Competition Homepage

The quotes, I kid you not, had me actually laugh out loud :D And the last sentence is a killer of a hook, wow!   This article is top quality as always, Q, and I wish I will be able to write something like this one day! <3

You already write awesomely, Tris! Don't put yourself down <3 :D

Ok, this is "icing on the cake" if I have EVER seen it!

There's reputedly even an intelligent Sewer-Gator employed by the Auditors, but everyone hopes and prays that's not really true.

OMG, this is out of this world! Love it, Q!   So tell me, when Auditors come busting in, guns drawn ( asking to see records and saying 'please'... oh I'm dying from that one )... they don't show a warrant... they show a EULA don't they?!
— The wolf of Tales of Justice, Creator of Legends of Elohey, Star Wars: Shards, Windtracer and more!

They will, in fact, remind you of the EULA agreement you made with the Computer when you agreed to use some obscure server farm for some routine data-entry gig, and enforce it at gunpoint, yes. ;D   Or, well, "weapon point" - it might be a flamethrower, depending on the Auditor.   And as we know, bullets come with an EULA attached   Thank you so much for all youe enthusiastic support for Megacorpolis <3

So even the bullet "points" come with a EULA! LOL!

I would watch a TV series based on this.

Stay tuned! There might at very least be a book series on it!

Hehehehe, knowing how dreaded auditors are in real life, this makes them a whole new level of terrifying!

Power-Armor and a disregard for collateral damage will definitely do that. ;D   Thank you so much for reading and commenting :D

Oh my goodness I love this! Auditors are an awesome addition to Megacorpolis and I love them already.   You should definitely add auditors to your possible novel ideas. I would love a story from the viewpoint of an auditor, and their activities in both audit mode and downtime would be quite fun and adventurous, with possibly humor during the downtime.   I want to read a book about that!

I have good news; that might indeed be one of the plans. ;D   Plus, if we ever run an RPG campaign in Megacorpolis, it'll probably be as Auditors!   Thank you so much <3

I knew The Computer was our friend! And they even get vacations!