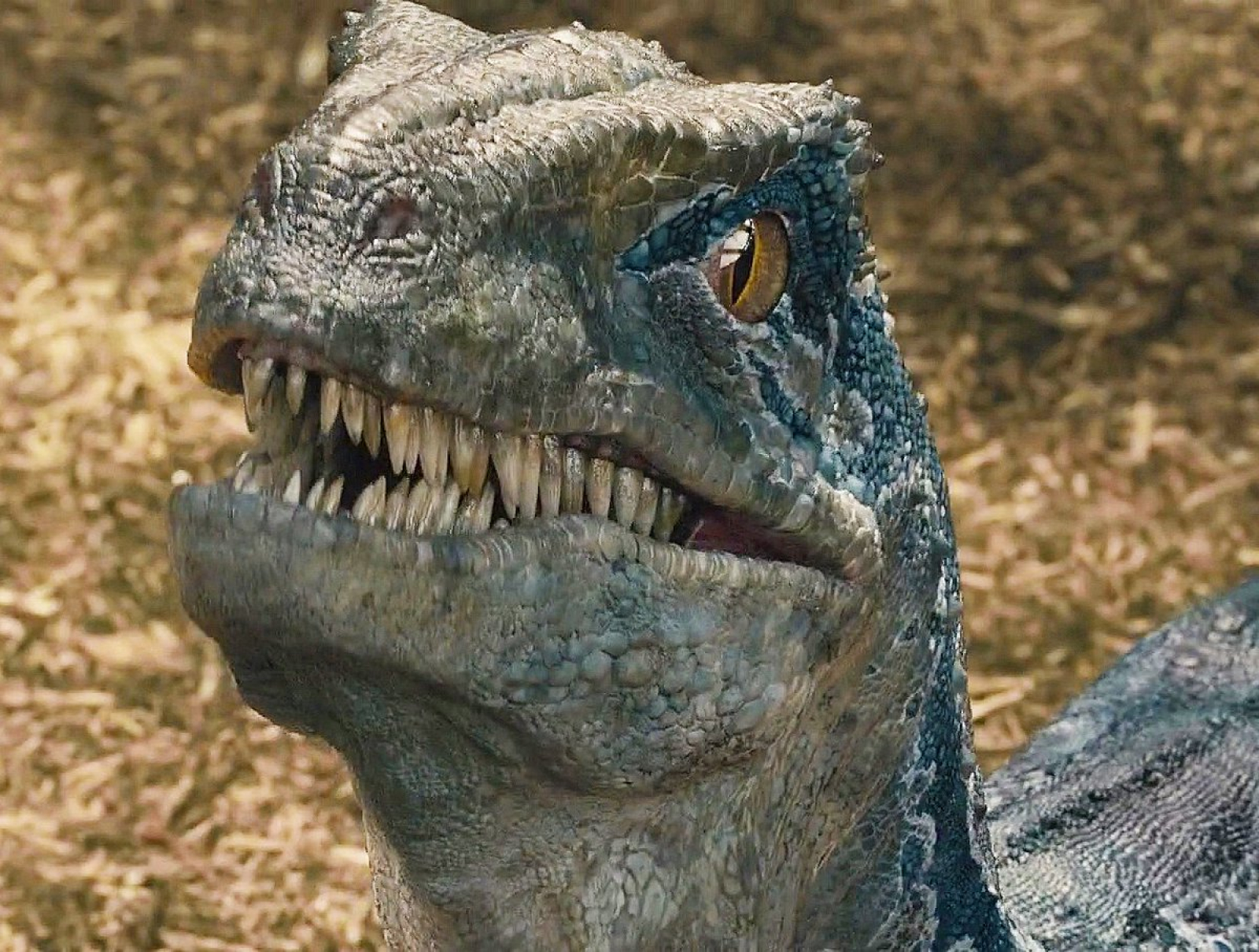 CONGRATULATIONS, CITIZEN! YOU HAVE WON A FABULOUS PRIZE!
— Raffleraptor Prime

Raffleraptors are a species of reGenesised velociraptors that have been a engineered to bring joy and fortune to the citizens of Megacorpolis. These large, highly intelligent carnivorous killing-machines make the perfect messenger to deliver good news and lottery prizes, or so the marketing team tells us.   Everyone likes dinosaurs; what could be better than a dinosaur that also tells you that you've won the lottery?

PLEASE STOP RUNNING, I HAVE WONDERFUL NEWS FOR YOU!

Raffleraptors are, for all intents and purposes, identical to the popular image of the velociraptor. It is a large lizard-like creature with long, curved talons and a vicious bite. They are genetically engineered to be smarter than their prehistoric counterpart and they are further enhanced with cybernetic implants, such as a voice-box. Most of them also carry a bandoleer of prizes and all the necessary equipment to run an impromptu raffle, should the occasion call for it.

The Raffleraptor voice-box allow them to cycle through pre-recorded lines. The voice coming from the box is generally described as "grating" and "aggressively cheerful", no matter the circumstance.

Different brands will design different patterns of scales and coloration on their rafflraptors. Although the raptors are usually fed a nutritious slurry of nondescript organic stew, they have a preference for meat. They aren't too picky about the source of it.

From the outset, the science of resurrecting extinct species was a commercial venture. At first, it was a novelty but as the technology was perfected, marketing departments around the Megacorpolis found themselves with a craze on their hand. This escalation of free-market competition lead to the full on frenzy of Dinomania in 2070, where the world collectively decided that they wanted Dinosaurs in everything - and the megacorps obliged.   Somewhere between the height of the marketing frenzy and the Dino Crisis that followed, the Raffleomatic Corporation created the first Raffleraptor. Their introduction was a smashing success and so the idea was copied by many others. The occasional mauling here and there did very little to damage the Raffleraptor brand, but with the Dinocrisis of 2085, public enthusiasm for dinosaurs in all forms were on the decline.   Today, Raffleraptors are still occasionally produced and a few holdouts among the corporation are sure that Dinosaurs will be the big thing again, any day now. They can be found across the mega-city, delivering raffle prizes and screeching congratulations to lucky citizens.

All Raffleraptors are created with a designation in the form of a 16-digit combination of letters and numbers. For this reason and because people really like dinosaurs, most Raffleraptors are given a name. This has proven to be a boon for marketing and advertising, so the practice have received official sanction and encouragement.   Since Raffleraptors do not reproduce, sharing names is the closest they get to any sort of lineage, such as with the (in)famous Janet Prime, current iteration VII. 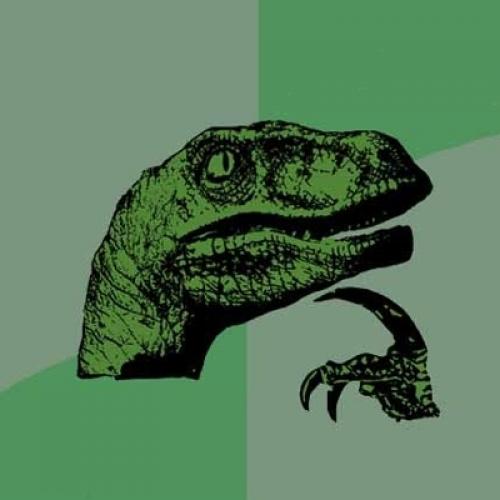 There are two types of Raffleraptors - the regular raptors and the larger, much more intelligent Raffleraptor Prime. These are pack leaders and raffle-organizers. Any behavior independent of their programming is merely a fluke and no indication of anything systematic.   Primes are smart enough to use equipment and even machinery - in at least one instance, a Raffleraptor Prime has commandeered and driven a vehicle. 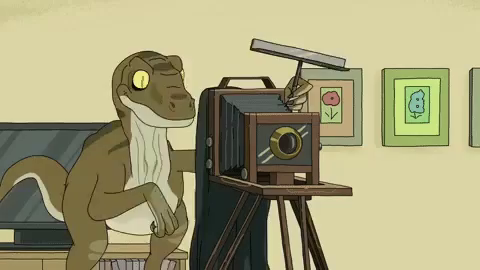 SMILE FOR THE CAMERA! YOU ARE A WINNER!

In a shocking turn of events, unrestrained greed and out of control science turned a good thing into a city-wide rampage thing. 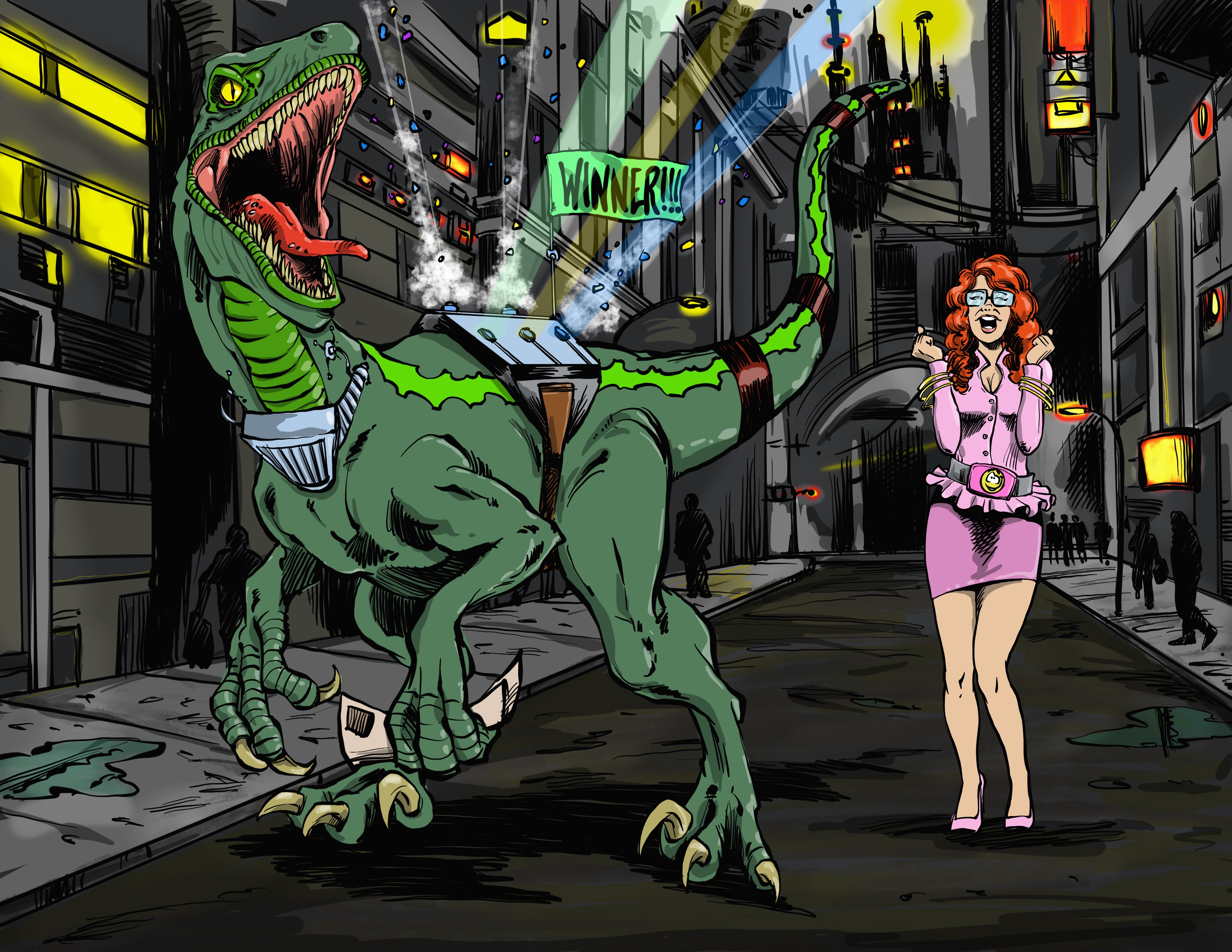 nice article. but I have to ask rethorically… really!? are you trying to pander to a certain specific audience? "wink wink"

Yep, everyone who loves Dinosaurs!

This is very amusing, I love it :) The image of branded velociraptors is delightfully weird and on-point for the setting. Also, tried saying "Raffleraptor" quickly three times, was defeated. A little confused by the quote in the "Raptor Rapture" segment, though. It kinda looks like just descriptive text, not speech. Not sure if it's meant to be like that.

Thanks! :D   And it is - I use the quote boxes for both quotes and asides. It helps break up the big blobs of text into more managable chunks - or that's the theory. :)

"YOU HAVE WON A FABULOUS PRIZE!", "to bring joy and fortune" this starts well...   "These large, highly intelligent carnivorous killing-machines make the perfect messenger to deliver good news and lottery prizes, or so the marketing team tells us." XD XD   They're clever, they speak and they run raffles XD   "Dinomania in 2070, where the world collectively decided that they wanted Dinosaurs in everything " I can sympathise...   "The occasional mauling here and there did very little to damage the Raffleraptor brand" oops XD   "public enthusiasm for dinosaurs in all forms were on the decline." :(   "such as with the (in)famous Janet Prime, current iteration VII." I really wonder what was the inspiration for that article... :p   Great article :D And the art is perfect XD

As with many of my articles, the start of it was a pun and wordplay: 'raffleraptor'. And since Janet likes to be a raptor, it was only natural to give her a cameo here :D   Thank you for reading and commenting <3