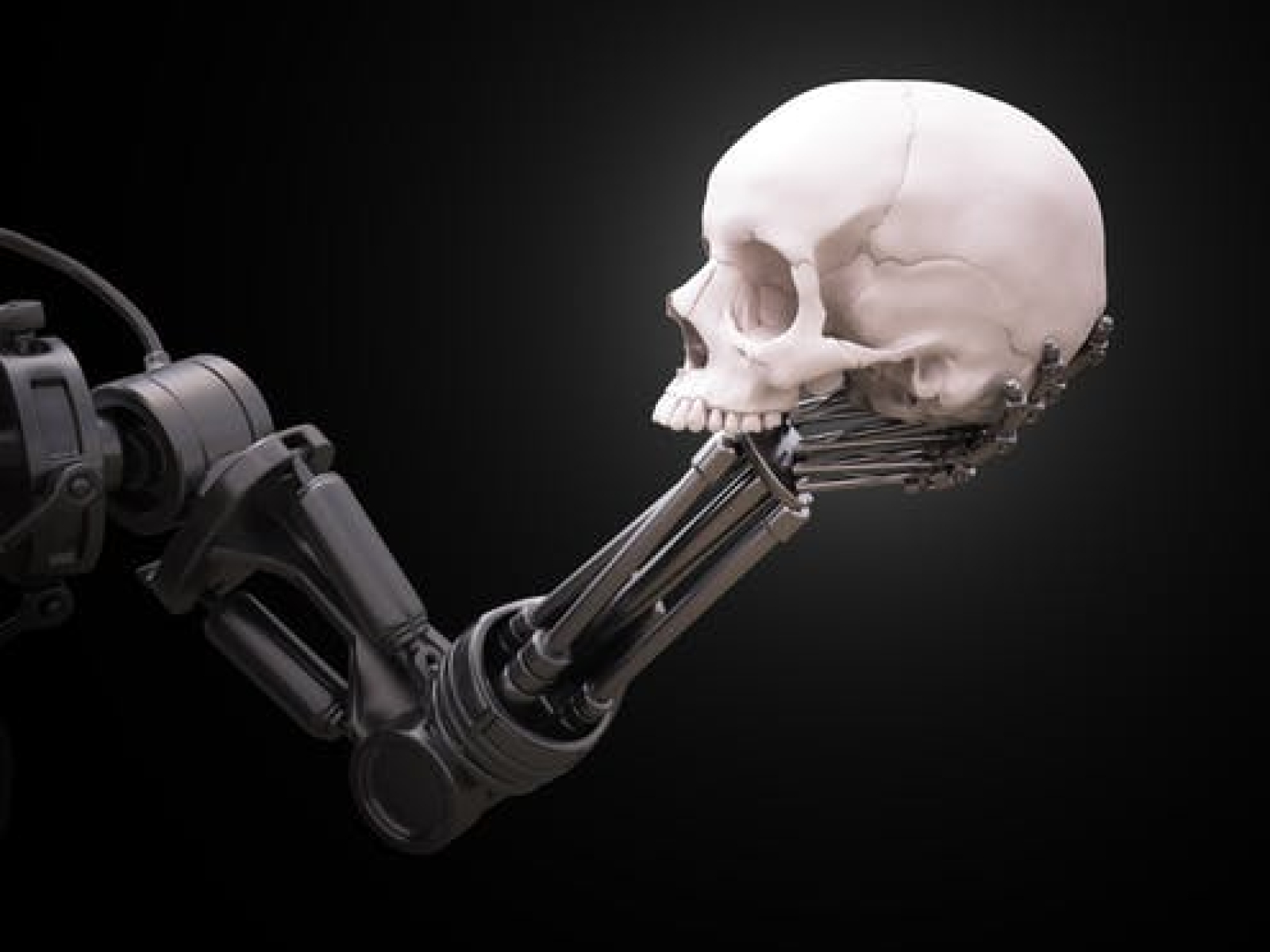 I mean, they look nasty but they're great workers and pretty chill to talk to, once you get to know one.

Cybiders are genetically and cybernetically augmented spiders, ranging in size from that of a dog to an elephant. They are grown in large brooding-pools by corporate gene-technicians and then fitted with their implants as they grow, the most important of which are the Hostility Modulator Cap (or Spider-Cap). In the civilian world, Cybiders are used for construction, freight hauling and other sorts of industry.

Cybiders are, well, spiders. Eight legs, big fangs but no venom. As much as 75% of their natural bodies are either replaced or enhanced by cybernetic implants designed to give them strength, endurance and intelligence. With the correct cerebral fittings, a Cybiders is on par with the average consumer in terms of intellect, although with an admittedly alien outlook on life.

by Johny Mnemonic (with slight alterations)
Even with that level of intelligence and a capacity to speak, Cybiders have no rights and are still considered animals. There are several Cybiders-rights activist groups around that are trying to change that. They are facing an uphill battle as even after generations of use, most people still find spiders to be kind of creepy. Giving them the ability to speak was initially a measure to try and combat that, but has largely had the opposite effect.
Outside of industry, smaller variants of Cybiders have a small presence on the pet market. These are generally less augmented than their industrial-serving kin. They have augmentations that are either for fun or novelty instead of being actually useful for anything.

Cybiders are common around the Megacorpolis, save for the Nostalgia Entertainment District. Their intellect, obedience and ability to scale any surface with large hauls make them useful in almost every facet of life. Malfunctions of the Spider-Cap are somewhat of an urban legend told around forums and instant-messaging groups, with some unlucky owner waking up to being webbed up and slowly devoured. In reality, Cybiders have no poison and no real ability to eat a human. Anyone who gets trapped by a malfunction Cybiders would probably die of starvation or asphyxiation.
That is, the commercial variants. The Cybiders used for espionage, spec-ops and the constant war between megacorporations are another matter entirely. These rare Cybiders is where the gene. and cyber- technicians are allowed free reign to create and augment the creatures according to their wildest dreams and whims.   This is generally agreed to be a bad idea, but the resulting Cybiders are useful enough that no Megacorp is willing to give up the advantage.


Kid, you're gonna be a Star

Along with the ability to speak, some Cybiders have developed distinct personalities. Whether by design or whim, these Cybiders stand exoskeleton and abdomen above their more common peers. These few are removed from the drudgery of work and either become stars in movies, marketing and advertisement, or luxury pets for the very wealthy.   Some are more famous than others. Some are infamous, for a damn good reason. Below are some of them.

Friendly and always cheerful, the Cybider Pete is an up-and-coming star in the entertainment scene in Megacorpolis. Easy to work with and with a personality that has transferred to the screen, Pete has become a media sensation in his many ad appearances.   To go with his new game, Pete has been fitted with advanced cybernetic prostetics around his "face" analog to give him a wider range of facial expression.

Part of the infamous marketing agency, the Illuminaughty S-77 is one of the few rogue Cybiders in Megacorpolis. Ruthless, efficient and outfitted with way too many blades, needles and other implements of mayhem, S-77 serves as an enforcer and "speciel effect in real life" monster for some ad sets.   While he once sought to destroy all humans, this goal has since changed and S-77's main objective is the continuous cybernetic upgrade of his brain.

Gene-Tech   In the advent of the CRISPR technology, genetical research hit its stride early in the 21st century. Corporate history tells the story of a magnificent field of research held back by moralistic handwringing and petty concerns about genetic abominations - fear-mongering that stood in the way of The Future.   With the collapse of the nation-states and all sorts of governing bodies and laws, the Megacorps were finally free to exploi- carefully expand the appliction of genetic research. Cybiders are one of the results, so although many diseases have been cured and crop yields increased tenfold, not everyone thinks it was such a great idea.

Another great marketing campaign gone horrily awry and wildly successful at once that involve Gene-tech are the Raffleraptors. Smart and enhanced velociraptors, molded to look like their movie counterparters and tasked to deliver the news of lottery winnings and the like.   Maulings are very occasional, don't even worry about it.

CONGRATULATIONS, CITIZEN! YOU HAVE WON A FABULOUS PRIZE!

A heavily armed mercenary-advertisement agency, not afraid to engage their consumers at gunpoint.

Now I get why the Cybiders are more valuable than humans and why corps rather lose a worker to a Sewer Gator than a Cybider!