The Ruby Bridge - A crystalline bridge whose scale boggles the mind. Used for fast moving trade caravans, as if one doesnt make the safety of of one of the 2 platforms before night falls, it is likely one of the packs of predators is likely to either kill you or chase you off the bridge.... and its a LONG way down.

Throne of Tyrants. - Across continents, ages, and empires when rulers turn to tyranny their throne, and throne room, starts to take on a similar appearance. Coincidence, or something more sinister?

Wayang Minstrels - They are a traveling group of bards and minstrels that specialize in shadow puppet shows, how dangerous could they really be?

Glass River - A river that, regardless of... basically everything, is always smooth on the surface and clear as glass. Well tinted glass anyway, as there is a definite purple tint to things seen through the water. Its effects extend slightly into the ocean at its mouth. Recently what appear to be cracks have begun to form in some places along the river, as if in glass that has been stressed but not broken.

Labyrinth of Locks An ancient Labyrinth where each successive layer requires the simultaneous unlocking of more locks (1-1-2-3-5-8...) as far as anyone knows no one has made it past the 6th door.

The Siege Tower scaled for Giants lies abandoned but in good condition in the middle of the plains on a continent where giant kind haven't been seen in over a thousand years.

Outh Mead The Only place to go for the best brews in the world.

The Cannon Cliffs - While many have tried to adapt the phenomena observed here into a useful technology (or at least a weapon) it should come as no surprise that they have all mostly failed. But on to the interesting part. These cliffs are home to the worlds only species of marine armadillo. They know that the tides have brought fresh food as those same tides pressurize the tunnels they are in, shooting the armadillos out over the rocks at the base of the cliffs and into the sea to hunt.

The Unwritten Library - "The Library is infinite, how else could we contain all knowledge on everything our patrons DONT know. I hope your memory is good, as note taking and map making are expressly forbidden, as is removing texts from the library, the punishment for both is death. Now, what are you interested in learning today?" - The Librarian

Oloth's Rest   "You built your capital city on top of a sleeping dragon?"   "Well, while there is an obvious downside, no one dares attack us for fear of waking it up"

The Broken Cage - "What was once contained here we may never know, but I pray that it has long since left this world" Bet 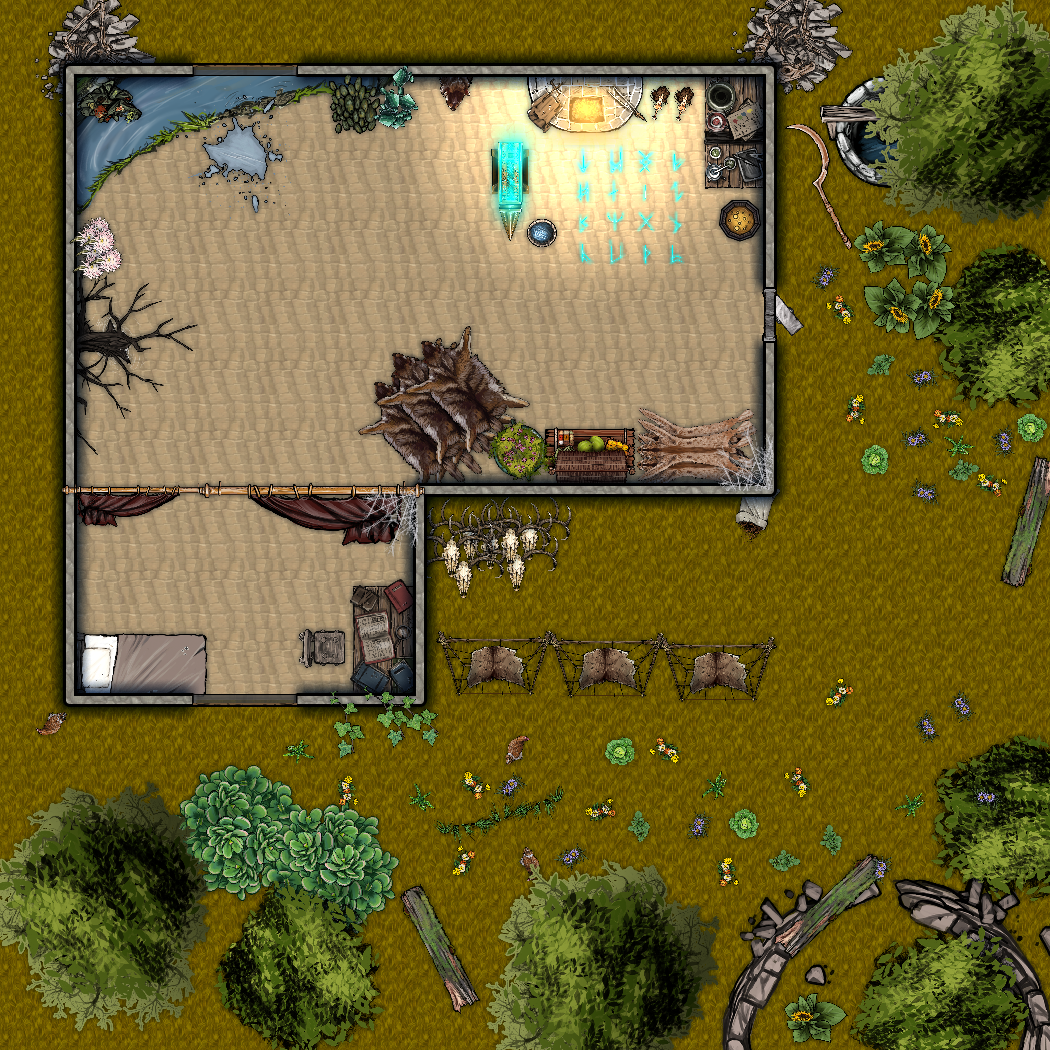 The Smith's Workshop. Not all druids are as serene as they may seem. This is where the druid known as the Smith makes weapons and armor mundane(ish) and magical. While other druids shun him (many of his methods proving lethal to animals that provide "materials") they cannot deny that his weapons have helped return the balance to world many times over the centuries.

Druid's Garden - As weird as the description may be, a druids private garden is probably the safest, most dangerous hospital on the planet.

The Estate of Ishmael Tenebris In many a vampire estate while there are bedrooms for regular, living guests, special accommodations are always able to be provided for guests with more... distinguished tastes.

Wandering Docks - You ever hear the saying "Any port in a storm?" Turns out it originated from a set of magical docks that can usually be found offering boats refuge INSIDE a storm. They have been known to take a trip to calmer waters from time to time.

Trapper's Bane - In the Ghostspider Forest, even some plants hunt with the help of webs. 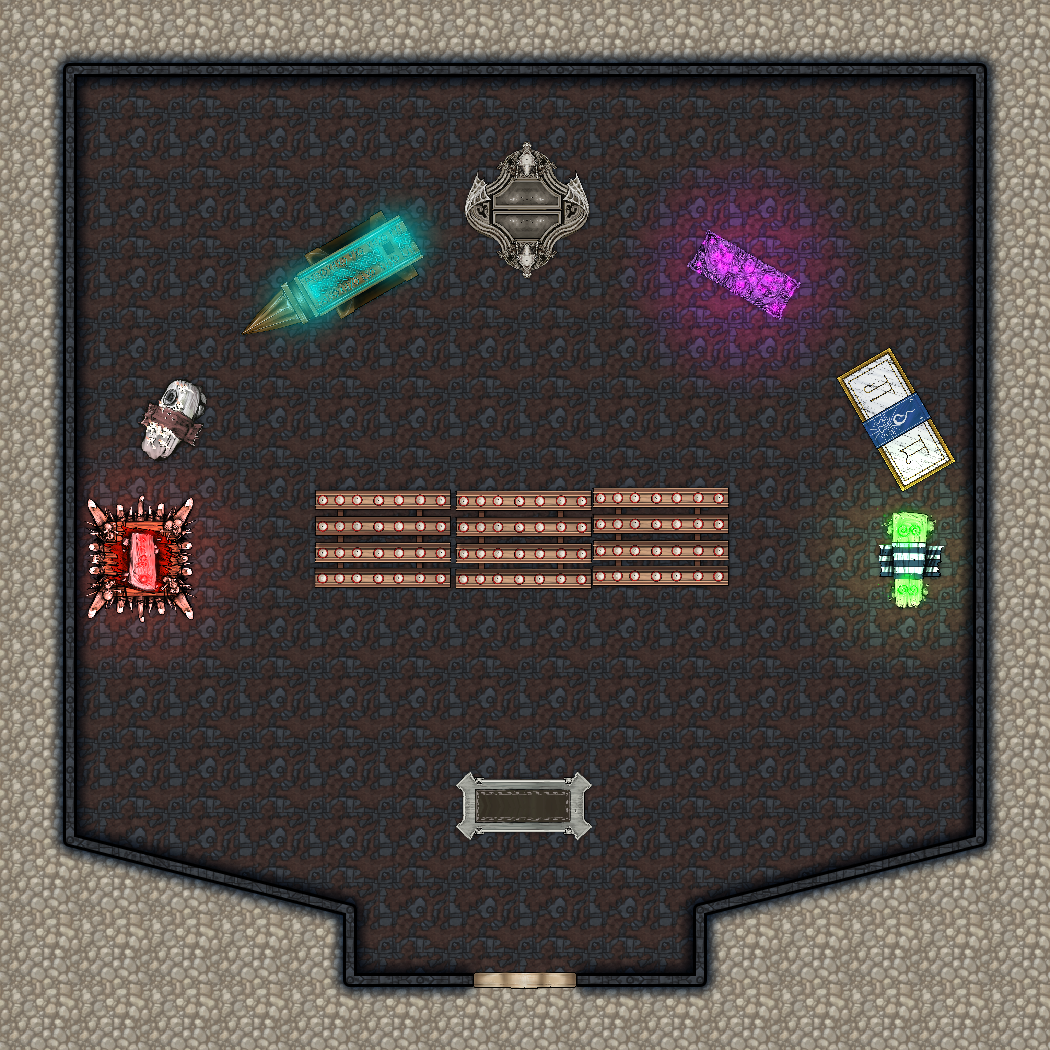 While the detail may differ, the basic form is almost always the same. After all, even the gods know "If its ain't broke, dont try and fix it."

The Assassination of Johny Goodfellow and Preventing a War....... by starting another one. You want to know how I sneaked into Narrow Cliffs, murdered a diplomat, kidnapped a prince and a Sorceress Queen and escaped from an army's worth of guards and 2 separate groups of assassins. Well then, listen closely.

Serpents Bay and the Spawning Sea Tell me, friend, What do you know of the life cycle of Sea Serpents. Where they all come from, where they go to die.

Yup, I do check up my notifications, and yup, read it all ^^ Keep keeping us up to date :3 I had been waiting for that call ! Special mention for the Altar. It good :3

Thank you for the words of encouragement. I am really enjoying this challenge and am also getting a lot of inspiration for WorldEmber, so its a win-win

Oh that is one interesting looking workshop! It seems like that druid can do quite some cool stuff will all those strange items in there.

Thank you, the character it is based on is a holdover from the days when druids had a much stricter ban on using metal in D&D and the description of items like Serpents Fang. "This single-edged magic sword is made from the scrimshawed fang of a giant serpent." So i figured there is probably a druid out there that makes weapons/armor from things found in nature that are magically enhanced... buuuuuuuut he doesn't always wait for nature to provide the materials, historically he once helped the defenders in a siege by making magic arrows out of magically enlarged and strengthened bee stingers, but to do so he killed all the bees in the city.