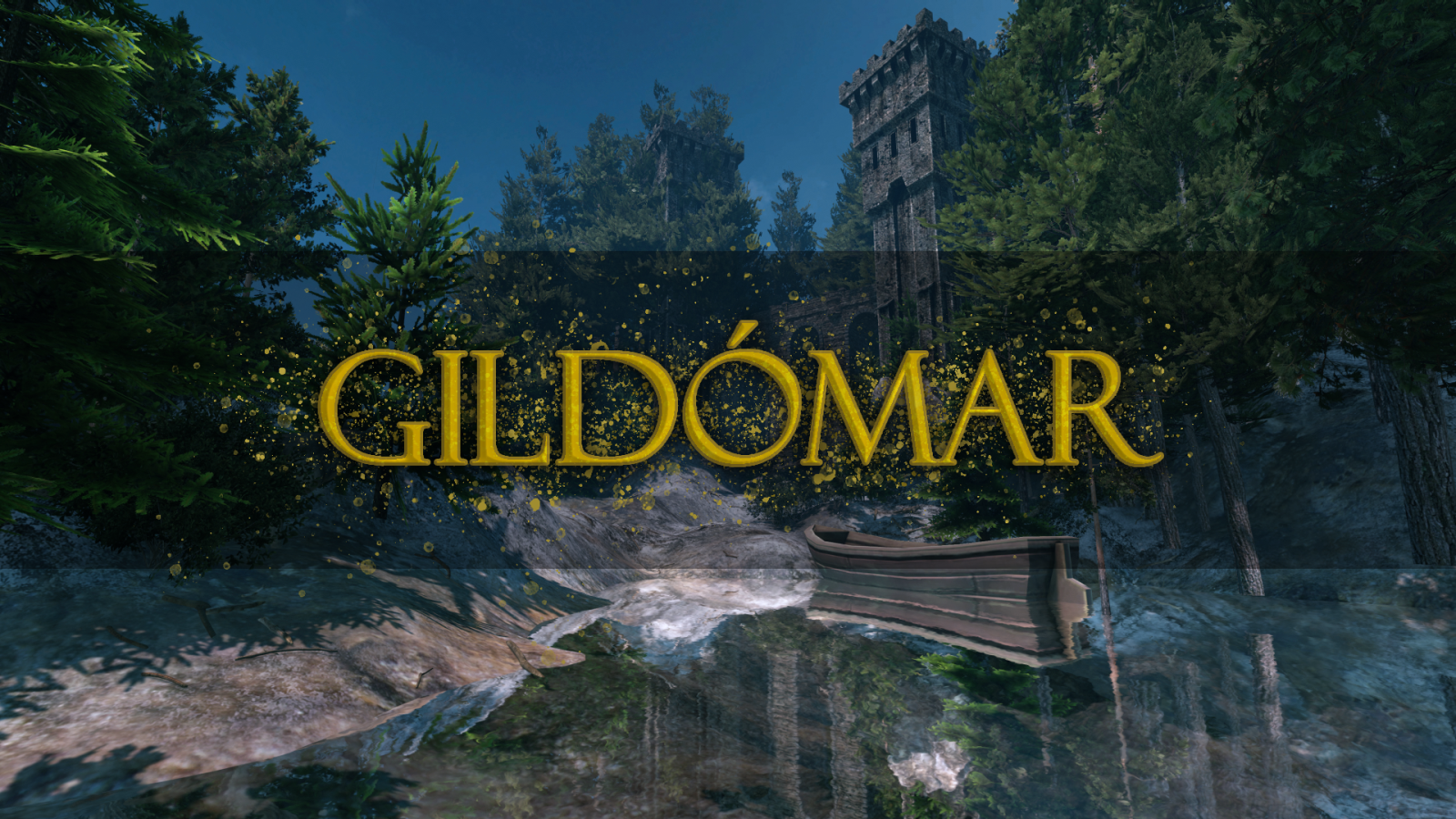 Rest ye judgement at the forge's coals. Within Gildómar, it is Torag's law you follow.
— Inscription upon the Gates of Judgement leading to Fyrneistur

The theocratic monarchy of Gildómar is one of the oldest civilisations to still exist in the modern day, a feat demonstrated thoroughly through the nation's extensive system of laws and castes that hails back to its creation at the hand of the dwarven gods. It maintains a strong economic presence in the western region of Iskaldhal and controls access to some of the richest gem mines upon the continent. Citizens of Gildómar are born into one of a number of rock, metal, or gemstone-themed castes that define their position in society, and only permission passed down from the heavens or serious achievement can allow a citizen to change caste. These castes define a number of things about a citizen's life, such as where they live and work, but are explicitly forbidden from defining marriage and love. Inter-caste marriage is uncommon and socially strange, but the existence of the goddess Bolka has ensured that it remains protected.   Outsiders are permitted inside Gildómar's borders with one caveat: their religions and laws are not welcome. Gildómar has laws that date back thousands of years and a religion persisting for even longer, and infringing on either is grounds for punishment.

It was by the might of the god Torag and his kin that the dwarves first emerged from the Heartforge of Iskaldhal, according to dwarven legend. By the hands of the gods, each of the firstborn dwarves was sculpted from the earths and metals that would define their purpose - as if written into their genetics directly. From diamond, the ruling dynasty were carved. Smiths were forged in hard metals and alloys such as iron and steel. Builders were made of honest earth. And so this trend continued for each facet of dwarven civilisation.   But the continent of Iskaldhal has never been barren of life. Fierce dragons ruled the skies as all manner of hostile wildlife stalked the snowy peaks. It was no place for a civilisation to be born, not in such a state. And so Torag's hammer came down upon an area filled with the most vile of orcs, cleansing it and clearing it. Angradd, Torag's younger brother, blessed the settlement's warriors with the frenzy of battle in their hearts - and with the strength to defend their land and seize resources from earth and enemies, the dwarves were able to stand alone.   As one, the dwarves constructed their home, beginning with the city of Fyrneist. And with the blessing of the gods, King Holmgeir Thendrótin proclaimed their nation as Gildómar.

The Golden Age of the Divines

To return to the ancient days where Folgrit would visit the women at their births! To hear the drinking halls echo with Trudd's booming laugh! When gods walked among dwarves, we were at our very strongest. No men survived the battle against us, no elves had the balls to try!

Throughout the Old Times, Gildómar flourished. Gold and gemstones came easily to the dwarves, tapping the caves and Underdark for unfounded bounties. The years were not without their hardships - natural disasters, organised attacks from Iskaldhal's other inhabitants, and the arrival of many other nations to the land lead to political challenge and war. But whilst the Thendrótin name was destroyed in these hardships, the throne of Gildómar was never empty - and never did a non-dwarf darken the throne-room as anything more than a visitor.   It was in these days that other dwarven nations began to spring up, offshoots of Gildómar that required a slightly different mindset. Though these nations - Sjarvaldir, Falthorin and Myrkvalla being three to survive in some form to the present day - were often short-lived attempts at creating separate countries, those that remained still swore allegiance to Gildómar and were often considered to be simple extensions of Gildón power.

The Dawn of Arcane Magic

The War of the Arcane took its toll on Gildómar. The very cornerstone of Gildón society - and the dwarven racial identity - was the idea that they were created by the gods; that the gods had planned for them to be certain ways. Reaching outside of those boxes was already frowned upon, viewed nationally as a dwarf fighting against his destiny. It was only acceptable if he found some measure of success or received a sign from above that his path was true - if not, he would be an outcast amongst his own kin.   The advent of arcane magic represented a complete betrayal of the trust the Dwarven Pantheon had bestowed upon dwarvenkind. Torag and Angradd featured heavily on the frontlines of those determinedly against the use of this strange new power that mortals had been unwittingly granted, and the culture in Gildómar reflected this. Those who found themselves blessed with arcane power were to give themselves up for an honourable death, or face brutal execution for breaching the nation's founding laws. Whilst most nations were hurt by the gods' choice to create Terra Arcana, those in Gildómar breathed a sigh of relief. None had liked killing their friends and family, but it was the word of the gods - and to go against that was unthinkable.   When the Worldrend struck, however, the bloodshed began anew. A new dwarven nation had formed upon Terra Arcana, and after being forcibly returned to Istralar by the collapse of their planet, the nation of Fjolkandr had no intent on merging with their 'poorly-educated' ancestors. Gildómar objected to their existence, and war erupted. It was the first truly hateful civil war belonging exclusively to the dwarves, and ended badly for both sides. Much of Gildómar's land was ruined with Fjolkan magic, and the Fjolkan people were driven to the brink of extinction. Only alliances with humans spared them as they fled east, away from their ancestral home.

There are very few non-dwarves throughout the country, though other short races find the Gildóns very welcoming if they're willing to embrace the local culture. A surprising amount of half-orcs and humans choose to settle there, preferring the rigidity of dwarven culture to the realities of their own. Whilst few exist, oreads and ifrits that choose to settle in Gildón are welcomed as honoured outsiders - and aasimar are automatically considered to be higher-caste than their fellows.

Whilst many of the nations and groups near Gildómar enjoy the benefits of alliances with the dwarven nation, tensions are often high. Arcane magic is still very much a sore point for the country, and the current dominance of the Witch-Tribes has them ready to go to war at any moment.

Honour through Service, Justice through Steel

When a Gildón citizen dies, their flesh may rot away - but their gemstone will forever line the Pathway.

A series of tunnels and sledges used for getting around certain Iskaldhal-based nations - particularly Gildómar.

Tomb of the Innocent

Those convicted and proven innocent post-mortem are, in Gildómar, remembered in the Tomb of the Innocent.

This world uses trademarks and/or copyrights owned by Paizo Inc., which are used under Paizo's Community Use Policy. We are expressly prohibited from charging you to use or access this content. This world is not published, endorsed, or specifically approved by Paizo Inc. For more information about Paizo's Community Use Policy, please visit paizo.com/communityuse. For more information about Paizo Inc. and Paizo products, please visit paizo.com.
Article template
Organization
World
Istralar
Category
Nations of Iskaldhal in The Northern Continent of Iskaldhal
Author
Hanhula
Publication Date
16 Jun, 2019
Creation Date
1 Apr, 2019
Last Update Date
21 Aug, 2022
Visibility
Public
Views
685
Favorites
4
Comments
0
Work In Progress