Fjord was a mix of both elven and ashblood orc ancestry. His skin was pale shade of grey. He had the pointed ears of an elf, but they flopped rather than point upward. He was reserved, almost shy, but blessed with innate arcane power. As a young man, he was trained by a monastic archer who stayed in Crying Leaf for a time. Fjord learned to combine both. He'd been a member of the Celwynvian Watch, and had also joined the Guardians of Golarion in their attack on the forces of darkness.   As a prisoner of the drow Nolveniss Azrinae, Fjord was the victim of a number of experiments. The end result was a metamorphosis when the phrase "Dragon Soul Rage" was spoken in Undercommon. Nolveniss hoped that this monster would be his next line of monsters, shadowing the success of his ashblood orcs. However, the Guardians were able to magically restrain the creature until Fjord was able to regain control, and Nolveniss was killed before he could make the change permanent.   Fjord and the Guardians were not done with the forces of darkness. Zalatas, the creature who had actually been behind Nolveniss and his experiments, was freed from his prison and confronted the Guardians again. This time he was able to complete the incantation that Nolveniss had started, and Fjord's orc side became more prominent. Zalatas was defeated. However, the change to Fjord became permanent. 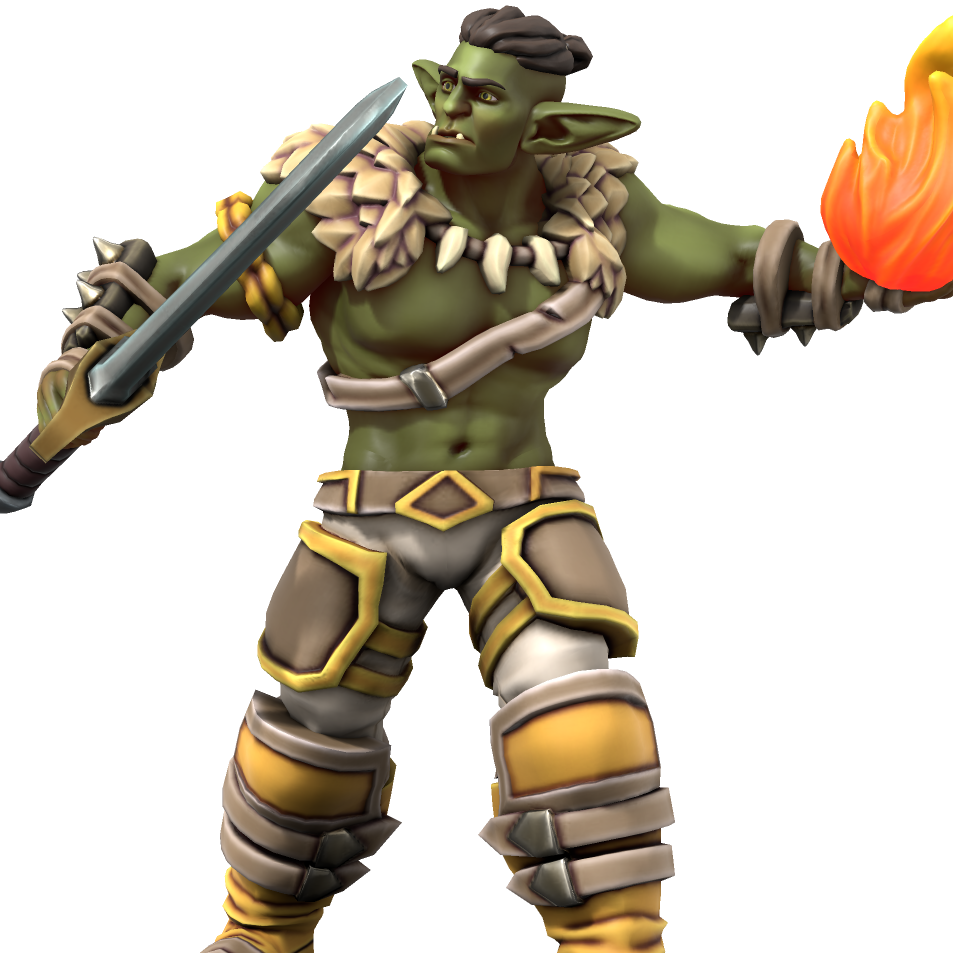 After the conflicts, the Guardians of Golarion continued on their way. Fjord opted to return to Crying Leaf to take care of his mother, while also learning to control his orcblood rage. During this time, Kwava arrived with a young human girl named Anen. Her mother had been slain by a foe of the Guardians, and Kwava wanted to be sure Anen would be safe. Fjord gave his word that he would protect the child.   It didn't take long for Fjord to notice the strong arcane power the child possessed. She, much like him, struggled with their innate power. Together they helped each other - Fjord helped Anen to become a sorcerer, and Anen taught Fjord to be a person rather than a rage-filled beast.   Anen also had an effect on Fjord's mother Gwenolyth. She began to regain her senses, the presence of the child anchoring her to the present. Fjord fought back tears the first time Gwynolyth rose from her wheelchair to embrace the young girl.   Time passed, and Fjord took Anen and Gwenolyth back to Riddleport. Maly's Wondrous Vault had regrown, but remained empty. The door opened for Anen. The totems welcomed the child home. Fjord, Gwenolyth, and Anen restarted the Riddleport magic shop. 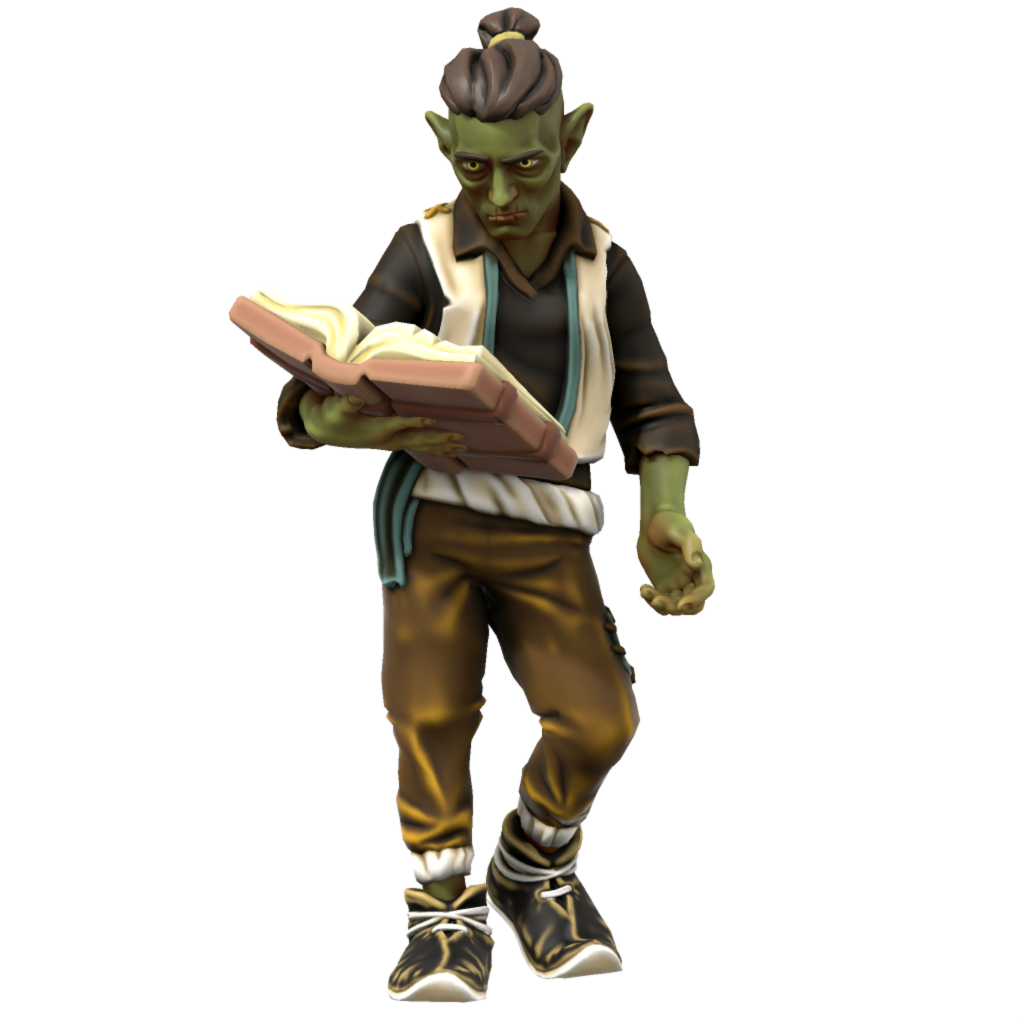 For a time, there was peace. But soon, Gwenolyth took a turn for the worse and her health rapidly declined. She passed and was buried in Crying Leaf.   Not long after, demons began materializing within the shop. Fjord and Anen fought them off. Anen said that they seemed familiar somehow, which puzzled Fjord. The Vault was protected by spirits, that much was clear. But he had assumed they'd been peaceful spirits.    Fjord began searching the shop. He'd never had cause to suspect anything nefarious, and the tree appeared to protect Anen, so there was no point in digging. But dig he did, and his search proved fruitful. A secret passageway led deep beneath the shop, beneath Riddleport itself. The passageway led to what seemed to be the lair of an old demon-worshipping cult.   In the lair, Fjord was confronted by a large abyssal abomination who revealed the truth to him. Maly had also discovered the lair shortly after Anen was born. She made a deal with the demonic forces, offering her soul to keep her daughter safe. When Maly was killed, the demons claimed their prize. Now they wanted Anen.   Anen fled the Wonderous Vault while Fjord fought the demons beneath the shop. She watched as the Vault burst into green flames. Fjord stumbled out of the shop, a frail green-skinned half-elf rather than the powerful half-orc he had been. The flames died down, the shop bearing no mark or burn. "It is done," Fjord said before collapsing.   It was months before Anen felt comfortable inside the Vault. Kaerishiel took them in out of respect for Fjord's service with the Lantern Bearers. Anen created potions to make ends meet while Fjord began studying at the Cypher Lodge. Gallefjord, as he began calling himself, found that his intellect had improved as much as his body had failed him after his battle with the abominations.   Not long after returning to the Wonderous Vault, members of the now-scattered Twilight Empire were working in Riddleport, hunting an elven vampire that had been killing drow in the region. They learned of the depowered ally of the Guardians of Golarion and decided to get some payback.   They spring their ambush late one evening as Anen and Gallefjord were returning from the Cypher Lodge. Anen used her innate demonic magic to fight them off but was struck down. Something deep within Gallefjord burst, a wall broken down by his rage and anguish believing Anen was dead. His body twisted, snapped, and grew into a monstrous grey beast. He killed the drow but rampaged out of control. He destroyed a nearby shop and began attacking guardsmen who arrived on the scene.    When it became clear that the guardsmen were no match for the goliath, Elias Tammerhawk and a handful of cypher mages came out to try and contain the beast. Elias believed the creature was the same one who had killed Satsui, one of his allies, at the Cypher Lodge years ago. Elias managed to lure the creature onto a ship and forced the ship out of the harbor. Safely out of harm's way, Elias blew the ship - and the goliath - to pieces.   The next morning, Gallefjord washed ashore a few miles south of Riddleport. His frail form had returned, but his memory of the attack had not. He knew something terrible had happened. Something wasn't right. So he snuck back into the city to try and find out exactly what had happened the night before. What had happened to Anen.   Much to his relief, Gallefjord discovered that Anen was alive. She was being tended to by a cleric of Iomedae named Alora Grasswillow. Gallefjord feared that his curse had returned if it had ever left at all. Somehow it had become worse. He wasn't safe to be around. Not for Anen, and not for Riddleport. He quietly returned to the Vault and gathered his books, then paid a smuggler he knew to take him to the Devil's Elbow. He would use Clegg Zincher's camp on the island as a base of operations and began researching ways to cure himself.    Time passed. Gallefjord conducted his research in solitude while also exploring the island. He found the ruins of the Vault of Jel'va and discovered old documents from Urthadar, as well as arcane schematics for devices to restrain himself should it ever be necessary to do so.   Every once in a while, a few remaining void zombies or other inhabitants of the island would attack Gallefjord. He would try and flee, escape, but eventually, he would find himself changed into the goliath and kill whatever had attacked him.  He came to two realizations - he was remembering bits and pieces of the events during the change, despite being unable to control himself during it. He also found it increasingly difficult to change back. The beast was slowly winning the battle for control with every transformation. If he could not find a true cure for his curse, there would soon be only one monster left on the Devil's Elbow.   Him. 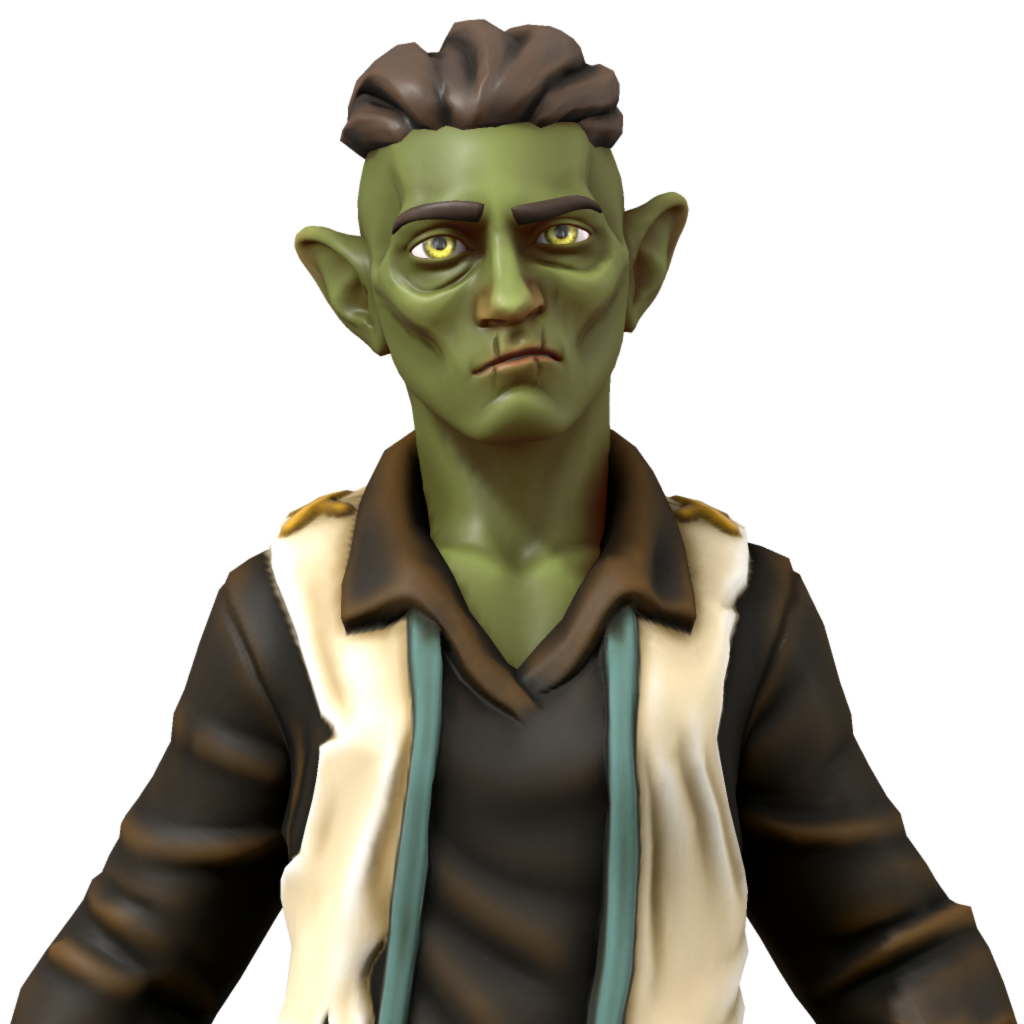