Kaerishiel Neirenar is the former leader of the Lantern Bearers, mercenaries from the elven community of Crying Leaf in the Mierani Forest.

Captain Kaerishiel Neirenar formerly led the defenders of Celwynvian. An experienced soldier and member of the Shin'Rakorath, Kaerishiel earned the respect of his troops through consistent, decisive leadership. His quick reactions might seem rash to outsiders, but he possesses unusual wisdom and the ability to quickly evaluate situations.   While experienced in melee combat, Kaerishiel favored his longbow above all other weapons. The ancient weapon traveled back with the elves when they returned to Golarion and used to belong to his lieutenant and close friend, Taisylveen. Drow slew Taisylveen the first week she and Kaerishiel took charge of Celwynvian's defense. Kaerishiel wielded the bow in her honor.   After being turned within the Armageddon Echo and corrupted by the darkness of the dragon shard, Kaerishiel could not bring himself to use the longbow. He was disgusted at what the corruption had done to him, and what it had driven him to do. Hoping for a final ending, Kaerishiel put away his prized possession and insisted on meeting his end with a sword in his hand. 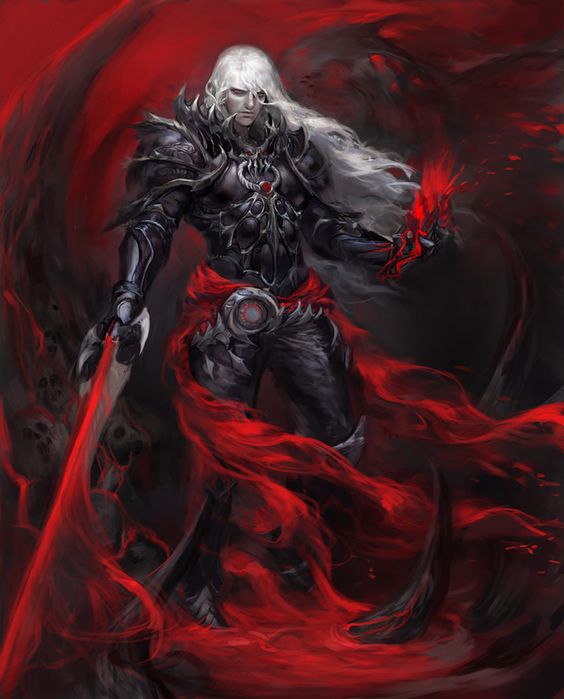 Current Location
Crying Leaf
Circumstances of Death
During his capture and subsequent torture at the hands of Nolveniss within the Armageddon Echo, he died and was reborn through the power of the dragon shard embedded within Nolveniss. The rebirth brought him back as a vampire.
Children
Hair
Long, white.
Skin Tone/Pigmentation
Pale.
Height
6'1
Weight
173 lbs
Aligned Organization
Lantern Bearers
Known Languages
Elven, Common, Undercommon.