Anen was the daughter of Maly, owner of Maly's Wondrous Vault. After the disappearance of her adopted guardian Fjord, Anen now runs the Wonderous Vault by herself. A cleric of Iomedae named Alora Grasswillow checks on her daily, and the elven vampire and drow hunter Kaerishiel Neirenar watches over her at night.

From birth, Anen spent much of her time within the protective walls of her mother's magic shop. She was unaware of the demonic totems that Maly used to protect the shop from the denizens of Riddleport. Being around the demonic totems and magic items tainted the child's blood, infusing her with arcane powers. These totems did not save her mother the night Matan'sa attempted to kidnap them. The totems empowered Maly and she tried to fight him off. Matan'sa killed her and knocked Anen unconscious.   After a week on the run, Anen was rescued by Kwava and taken to Crying Leaf. It was safer than Riddleport and a more nurturing environment. She was taken in by Fjord, and along with his mother they guided Anen in the ways of sorcerous magic. However, Anen could feel herself being drawn back to Riddleport. Fjord relented and the two returned to the restored Wonderous Vault.

Anen has no formal training or education despite being naturally gifted in the magical arts. What she has learned, she learned on her own (or with limited guidance from Fjord and, more recently, Elias Tammerhawk). 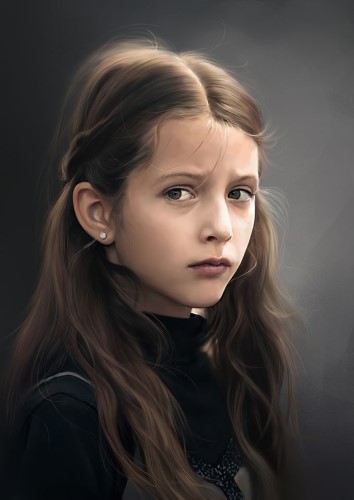