Clegg Zincher is one of Riddleport’s more publicly known, respected, and feared crimelords. Although his primary sources of income are from the city’s arena and various semi-legal (and outright illegal) activites involving groups of unskilled laborers, he meddles in numerous affairs all across Riddleport. While his influence over the city continues to rise, the amount of control he can exert directly remains frustratingly low—at least, to him it does.   The owner of Zincher's Arena in Riddleport and numerous other fighting venues around the region, Clegg Zincher runs all the gambling on these fighting matches. Zincher also runs most of the organized manual labor in Riddleport, which gives him the power to organize strikes and industrial sabotage.   At one point, Clegg had a brother, Falk, who worked as an alchemist. This brother was killed by Orik Vancaskerin after he sold the latter a counterfeit elixir of love, forcing Orik to flee Riddleport to escape Clegg's retribution.   Clegg's "trusted" allies include: 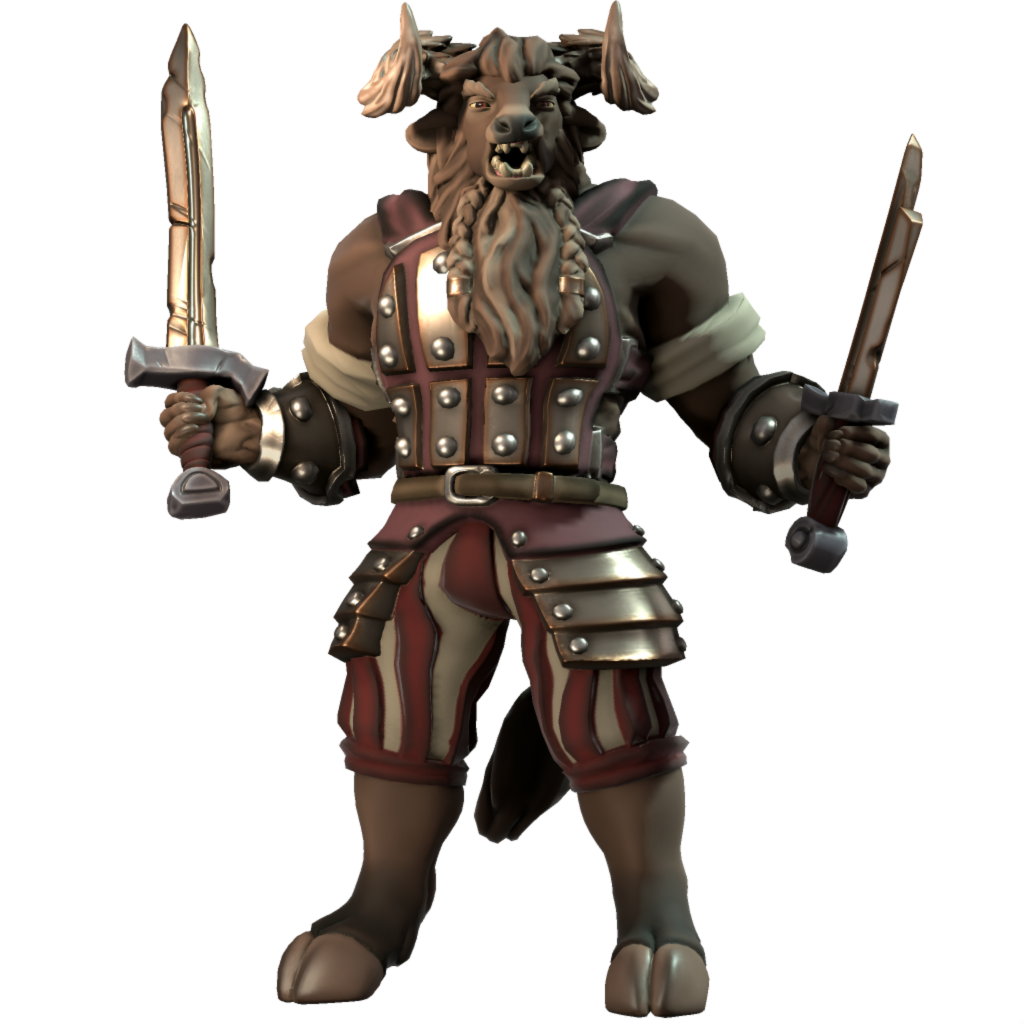 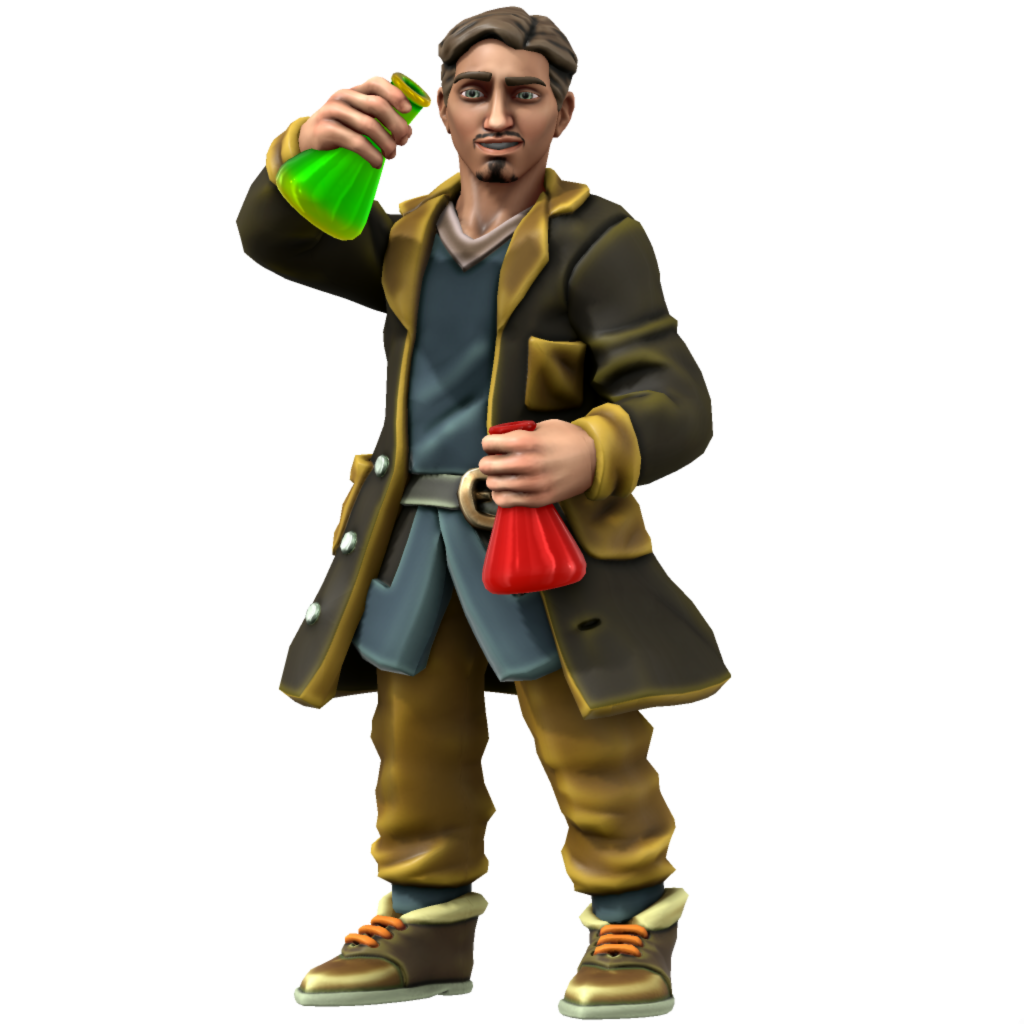 Clegg Zincher is a broad-shouldered man. He has short gray hair and the leathery, wrinkled face of a man who spent most of his youth working under the sun. His beard is short and stubbly, almost an afterthought, and he wears at all times an amulet bearing an image of a two-headed roc (few know that the amulets true value to Clegg). Zincher wears a leather cord on one shoulder, on which he has threaded several dried goblin ears—trophies from his first triumphant battle. Predatory flightless birds fascinate Zincher. They often serve in his arena as mascots (never as combatants), and he often brings along a trio of trained axebeaks on trips to serve him as guardians and companions.

Clegg Zincher owns a five-story tenement in the Leeward District of Riddleport and takes the entire top floor as his abode and headquarters. The lower levels are occupied by his loyal soldiers and capps, as well as gladiators and mercenaries in his employ. The entire building is fortified from within and virtual suicide for anyone who might suppose to openly confront Zincher here. 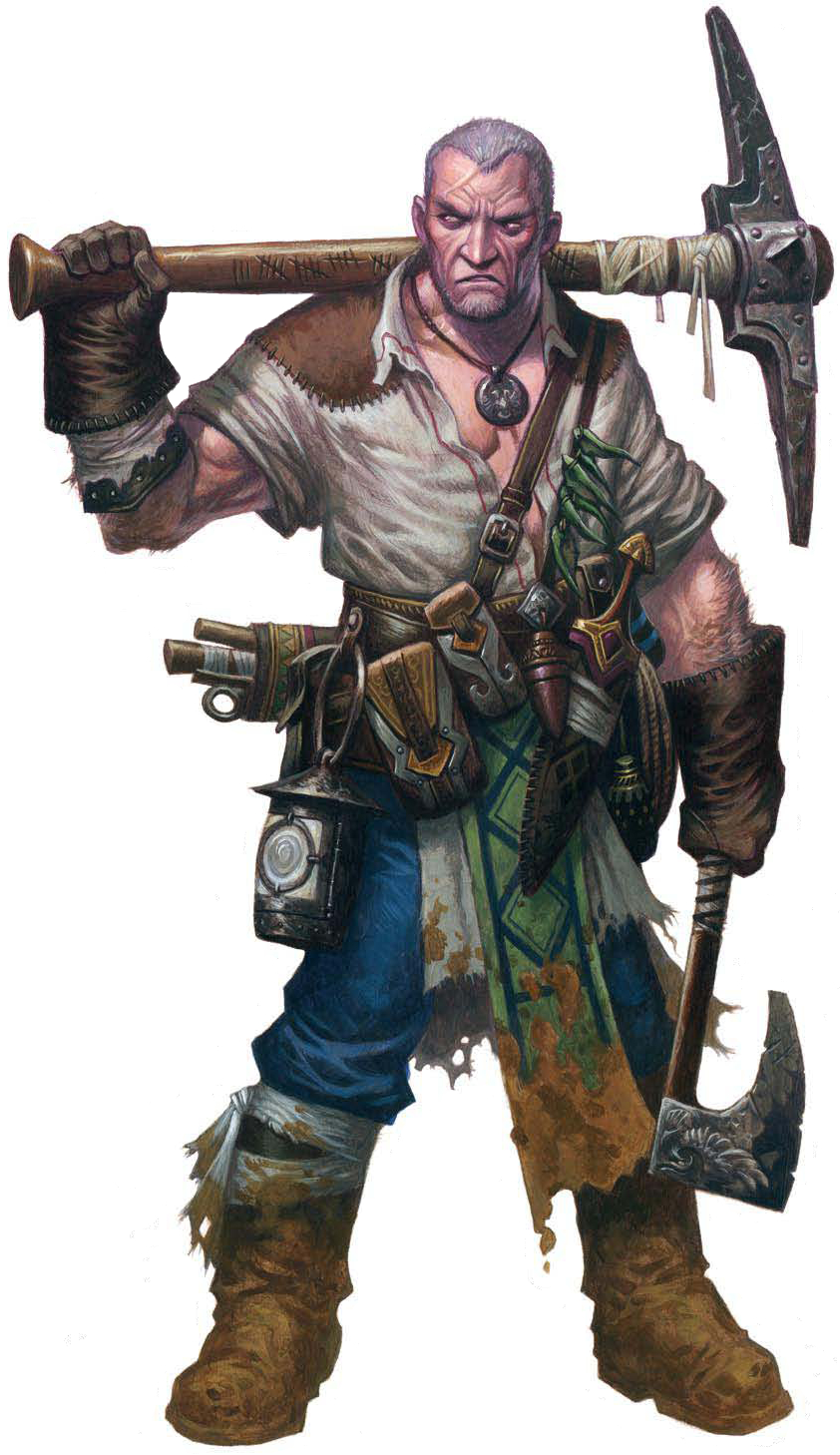