Back in town for the first time in a week, the party had little time to celebrate their hard-earned wealth before having to prepare for the next leg of their journey. From all the information they'd gathered, it was clear to all that Bianca Avon had harnessed the power of some fiendish entity known as 'Grey Hat' using the aqueducts outside of Kassædeia as her base of operations. The Fantastic Fellows would rest up, gather what supplies they could in a backwater town like Ardin, then venture east that weekend.   But first, an interview with the Treeleaf Union's foremost reporter on international adventurers Rutik Kapuscinski. Half the party didn't even bother showing up, and the other half was unsettled by Rutik's line of questioning when he ignored Phaedra's press release and started pushing them for their opinions on the political situation in the Union and their reasons for adventuring. A quick mind scan from Windred showed that he seemed to be on the level, so the party survived one of their tensest encounters in recent memory to journey another day despite the unsettling experience.   Windred spent the week crafting potions while Zan'kiri returned to his makeshift forge outside the tavern. The night after the interview Phaedra revealed her THEM affiliations to Ys and Bubbles, and while the former was disappointed at being left out of Phaedra's secret society she agreed to be supportive of Phaedra's allegiances so long as she could help her find a Handgun agent in the area. Bubbles continued to train under Jezebeth to learn more spells and improve their memory, which Ysmyrelda took as the perfect opportunity to sneak into the tiefling's room and spy on her letters. Jezebeth had some old contacts in Rakka and the Elflands from when she worked in the ruins of Kassædia, but the most interesting name of all in her correspondences was the wizard Lothar Hainaut from the Verschow's most influential ruling family.   Argus spent his time in town gathering more information from Old Man Bobbin before mending the party's relationship with Jezebeth. Even Ys tried getting a drink with her one night, but Jezebeth still held a grudge against Windred and others in the party for ruining her career. Despite the differences she was still willing to escort the party to the aqueducts to grant them a Heroe's Feast, but after the mission was over she'd be happy to never see the party again. Speaking of never being seen again, Craghan made it clear to Zan'kiri that his interests lied solely with Windred and that any type of Gith reunion would be of little value to him. 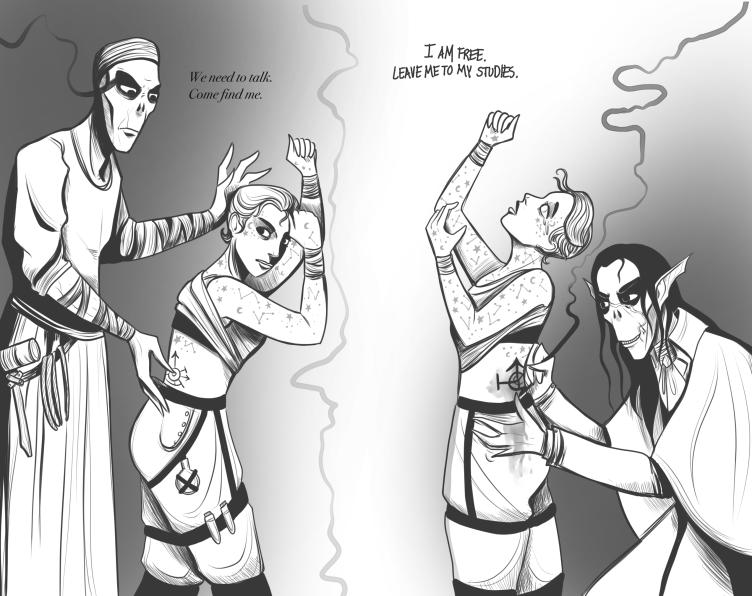 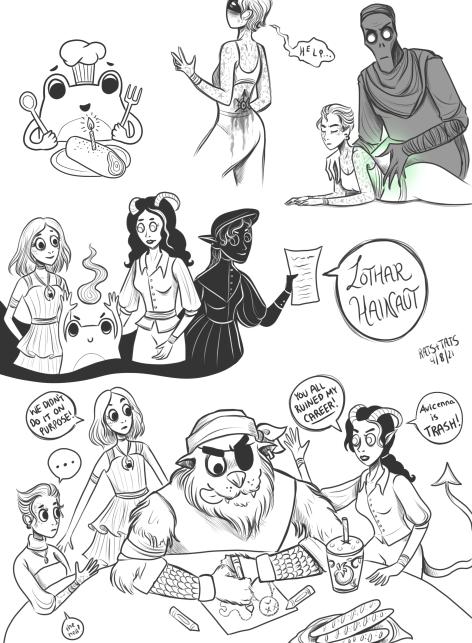