or, What to Do when Negotiations Stall. Or, you know, Honor Demands.

Dueling is a socially acceptable, if not strictly legal, way of settling disputes between gentlemen. The winner receives satisfaction for his honour and the status accorded a victor. The loser receives humiliation, grievous wounds, and ofttimes death.

When two characters are in the same place (that is, performing the same activity), a duel may take place. There must, however, be cause. Unless permitted to by the rules, any character who has cause and an opportunity to fight and does not will lose Status Points equal in number to half his current Social Level.

Judgement of whether or not there was cause is up to all the players who do not belong to the same Regiments as the two estranged parties. At any time a vote may be called for, a unanimous vote of all players not involved being required to decide that there is no cause.

Examples of sufficient cause for a duel are:

When creating a character, each player must determine his abilities. There are four abilities pertaining to duelling, each determined by random die rolls: Strength, Expertise, Constitution and Endurance.

The first three of the above abilities are found by rolling three dice for each. Endurance is determined by multiplying Constitution by Strength.

Several terms are used in the rules, precise understanding of which is necessary to comprehension of the duelling procedure. These are:

Each turn, both players will simultaneously perform an action. To enable simultaneity of actions, players will record their actions ahead of time. A player records an entire sequence (12 turns) of actions and then performs them one per turn. One action must be recorded for each turn of the sequence. Each action recorded must be part of a routine as listed on Dueling Table A. All actions in a routine must be performed in the exact order given on the table, and no routine may be begun before the previous routine is completed.

Dueling Table A: Actions and Routines

In a turn, both players simultaneously reveal their actions, consult the duelling tables, and record damage inflicted. Because in certain cases optional, previously unwritten routines are allowed (see Optional Routines), the following procedure is recommended.

Alternatively, a player may decide to use an optional routine, write it in as his move, and then call out the turn number to indicate his readiness to duel.

There are four optional routines, as listed on Duelling Table A. The riposte may only be used if the riposting player parried his opponent's lunge in the previous turn. A riposte is not allowed after an optional parry.

The surrender routine may be performed at any time. After the current turn, the duel is over; naturally, the surrendering player has lost.

If, in a turn, either player makes an attack (a lunge, slash, cut, kick, throw or riposte) his opponent may sustain damage. To determine damage, cross-index the attacker's action with the defender's on Duelling Table B. Multiply the result by the attacker's Strength and subtract it from the defender's Endurance. Note that both players may be attacker and defender in the same turn; i.e. if both make an attack. Damage is sustained by both players simultaneously.

Although the rapier is the common weapon used for duelling, players may choose to arm themselves otherwise. Duelling Table C lists the optional weapons and their different characteristics in attack. Opponents in a duel do not have to use the same type of weapon.

When determining damage from an attack using an optional weapon, follow the usual procedure, but multiply the result by the number on Duelling Table C which corresponds to the weapon and type of attack used. For example, Porthos lunges with a sabre while Cyrano rests. Porthos's Strength is 10; Duelling Table B gives a multiplier of two and Table C gives a multiplier of ½; therefore, Cyrano must subtract 10 from his Endurance (10 x 2 x ½ = 10).


* See note to Duelling Table B.

If a player fails to comply with this, and is caught, he is at the mercy of the other players. The common practice is death by stoning.

Both players secretly write their actions for several turns in advance. At the start of the duel, the player with the advantage writes his actions for a short sequence of 6 turns, while his opponent writes a full sequence of 12 turns. After turn 6, the player with the advantage writes a full 12 turn sequence, and after turn 12, his opponent writes another full sequence. The players continue writing overlapping sequences in this manner until one of them surrenders or is killed.

In the event of a non mutually fatal duel, one or both players may be wounded. Players recover from wounds at the following rate:

A player with less than 50% of his Endurance may decline a duel, regardless of cause, without loss of status (see below). If, however, a character in such a condition accepts a duel, he will gain 3 Status Points immediately, regardless of the outcome of the duel.

Characters may gain or lose Status Points as the result of a duel. Duelling Table D lists Status Point changes after a duel.

The winner of a duel increases his Expertise by one.

Characters may practice to improve their fencing ability. For every four weeks of practice (not necessarily consecutive) a player raises his Expertise characteristic by one. At any time, a character may subtract five from his Expertise to add one to his Strength characteristic. No other trades may be made, and all the above are irreversible.

Characters may practice with any weapon, but must note on their calendars which weapon is used for each practice session. If a character becomes proficient with one weapon, then switches to another, he returns to his original Expertise for that weapon. He retains, however, whatever Expertise he may have gained with his former weapon.

Characters who do not belong to a Regiment must pay crowns equal to their Expertise for each week of practice. Characters in a Regiment may practice free with that Regiment's weapon, but must pay for practice with any other weapon, as outlined above.

Regimental Table C lists the weapons of each Regiment. 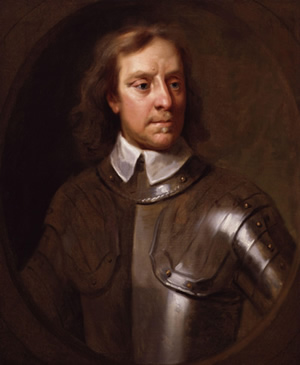