or, The Pursuit of Power for its Own Ends is Immoral (but Fun)

In the military and in the government, there are certain positions of responsibility and honour, of which capable men may make use to further their careers. Characters who meet the qualifications for such positions may seek appointment to them by the provisions outlined below.

The Military and Government Appointments Tables list the appointments available, along with other information necessary to play. The column headed Rank gives the military rank or title necessary to hold the position. To gain the appointment on the Military Table, a player must hold exactly that rank; on the Government Table that rank or higher. Min SL gives the minimum Social Level for that position. Special Requirements lists any other requirements of the post. These consist either of a specified Regiment to which the aspirant must belong, or of a modifier to the die roll needed for appointment, based on military ability as per the table shown to the right.

Appointment lists the appointment being sought. Number Allowed lists the number of players able to hold that position simultaneously (in some cases this is infinite). Who appoints lists the official who appoints the position, and who must be influenced if the player wants to improve his chances. SPs lists the Status Points received monthly by the office-holder.

Inf gives the level of the favour the player receives each season (note that some positions receive two favours). Die roll gives the number or greater that must be rolled on one die to gain the appointment. This may be modified by influence or military ability, if applicable. In addition, a player may subtract one from the die roll needed for every 3 Social Levels he is above the minimum for that office; and a player who already holds a position and seeks reappointment to it may subtract 1 for being the incumbent. Add Pay gives the pay in crowns that the character receives monthly (in addition to any pay he receives for his rank).

Notes to the Appointments Tables give the special characteristics and prerogatives of the positions.

They may try for any number of positions at once, but may only hold one position at a time (exception: see Commissioner of Public Safety in the notes to the Appointment Tables). All appointments last for one year, or until the character resigns or is dismissed from office.

If two characters apply for the same appointment at the same time, the character with the highest modified die roll gains the position (assuming he would have been successful otherwise). If both modified die rolls are equal, and would have been successful, roll again. All modifiers from the previous die roll apply. The player with the highest roll wins.

Notes on The Military and Government Appointment Tables 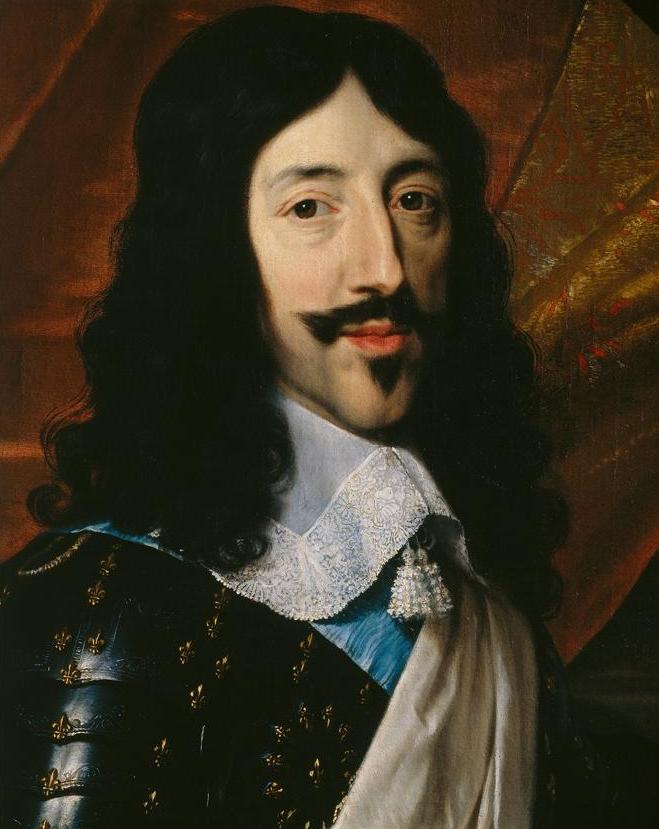 Trooper of the King's Escort

Once each month, roll 2 dice for notice by the King. A roll of 12 indicates the trooper has come to the King's attention and receives a class 9 favour. On a roll of 2, the trooper is dismissed from the Escort and is not permitted to rejoin.

Trooper of the Cardinal's Escort

Same as the trooper of the King's Escort, except that the Cardinal notices the trooper. Die rolls are the same, but the favour granted on a roll of 12 is a class 8 favour.

Ensign of the King's Escort

As per trooper, but the die roll is different: on a 12, the King notices him and he receives a class 9 favour. On a roll of 11, the Crown Prince notices the Ensign and he receives a class 8 favour. In addition the character is permitted to toady with the Prince that month at Bothwell's (the Prince's Social Level is 19 and he pays carousing costs) and will receive one favourable die roll modification should he ever apply to be Crown Prince's Aide. Again, on a roll of 2 he is dismissed from the Escort.

Ensign of the Cardinal's Escort

As trooper of the Escort, except that he is noticed on a die roll of 11 exactly.

There are assumed to be enough non-player general officers of each rank to accommodate as many players as seek such positions. For game purposes, there are two kinds of non-player generals: those with field commands and those without. On receiving an appointment as Aide the player may choose to serve with any non-player officer of the correct rank involved in that year's campaign, the player with the highest modified die roll choosing first. He then accompanies that general on campaign as in the campaign outcome rules. Aides to officers not on campaign do nothing.

A non-player general will only go on campaign the first year a player serves with him. Exception: Non-player Brigadiers will campaign if their brigades are sent on campaign.

Captain of the King's Escort 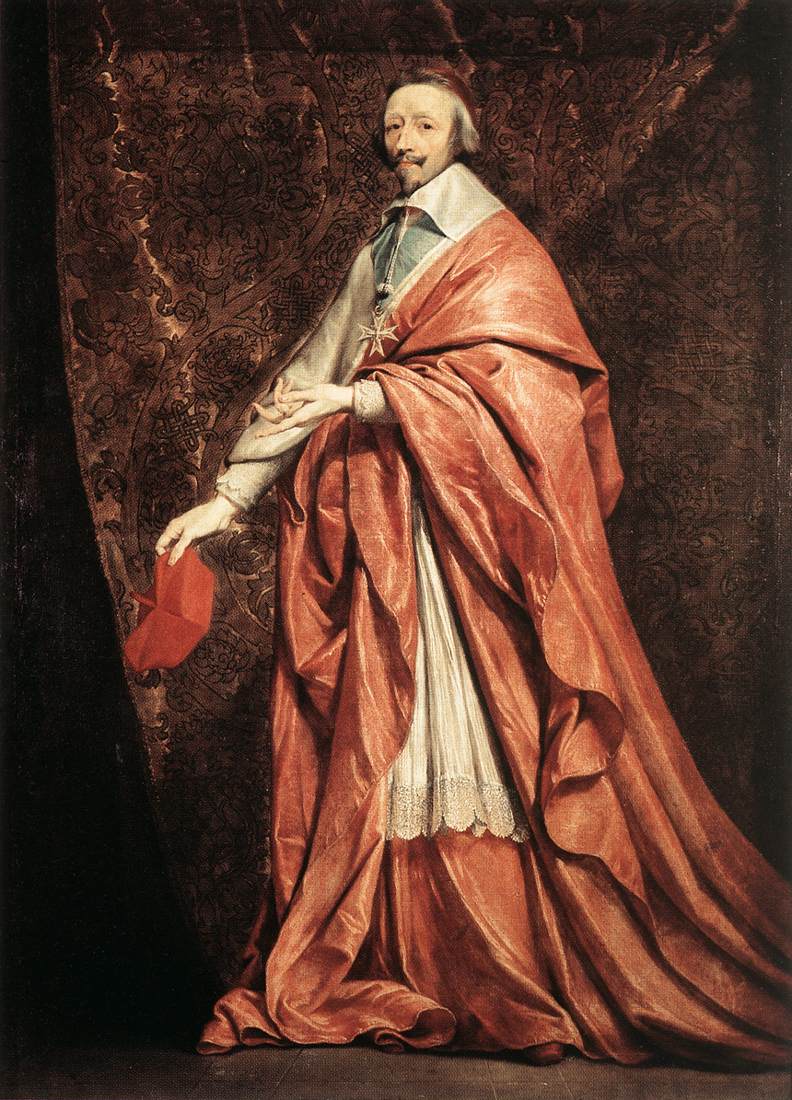 Captain of the Cardinal's Escort

Appoints troopers to the Cardinal's Escort. Once a month, roll two dice; on a roll of 11 or 12, he receives a class 8 favour. On a roll of 2, he knows too much: roll another die; on a 1-3 he is dismissed from the Escort, but receives a yearly gift of 500 crowns; on a 4-6, however, he is silenced in a more certain but less pleasant fashion. This die roll may be modified by influence.

Aide to the Crown Prince

May carouse with Prinny once a month at Bothwell's. The Prince will pick up the tab. He may bring one friend with him.

In addition to the activities noted in the investment rule (page 71), a Quartermaster may embezzle. Once per campaign, he may choose the amount he wishes to embezzle. If he rolls the number listed in the Caught column or greater, he is dismissed from office and executed on a roll of 7 on two dice. Influence may be used.

* This number is added to the army's battle result, due to shoddy equipment.

May tax the masses extortionately. Once per season he may choose the amount he wishes to extort. If he rolls the number or higher listed in the Unrest column of the table on the right, civil unrest results. If there is unrest, the governor must command a frontier regiment against the rabble. This is conducted as if on campaign on Field Operations. On a battle result of 5 or 6, the governor is disgraced.

The Commissioner of Public Safety

The Commissioner seeks out traitors to the Crown. He appoints up to two ferrets for use as spies and receives 10 crowns per month for their salaries. He may pay them whatever he desires, however, any excess coming from his own pocket. He can make up to five arrests per year, during which the victim is incarcerated for one week. He may also trump up charges against five players per year. During the first two seasons of his appointment he must trump up charges against one player character. If the player character is not convicted, he will lose the post.

The trial is based on the chart on the right if there is no player as Minister of State. Roll two dice. The player is convicted if the die roll equals or exceeds the number appearing in the To convict column. The sentence is as indicated for the player per the chart. Influence may be used.

Successful prosecution of a Minister permits the Commissioner to assume the Minister's portfolio. Half of all property confiscated is the Commissioner's. A non-player Minister accused of treason will use all influence of his Social Level and office to fight the charge. A non-player character accused will have a Social Level equal to the minimum for his position plus the number rolled on one die. Cases involving the Minister of State are judged by the King.

Witnesses will aid in conviction. A witness of the same Social Level or higher will give a -1 table modifier to the conviction column. A witness from the same regiment or an employee will give a -1. A maximum of two of each is allowed in any one trial, and all witnesses must be player characters. Of course, if the accused character really is plotting treason, there is a -1 modifier. Admissions of guilt are not allowed.

Chancellor of the Exchequer (a minister)

May embezzle public funds. The Chancellor chooses the amount he wishes to embezzle. He rolls two dice. If the number rolled is equal to or greater than the corresponding number in the Caught column, he is caught, removed from office and executed on a roll of 7 or greater on two dice. Both die rolls may be modified by influence with the Minister of Justice. The King will commute a death sentence on a roll of 7 with one die and this, too, may be influenced.

Determines the outcome of all embezzlement cases (see Army Quartermaster General and Chancellor of the Exchequer above).

Appoints the Minister of Justice, Ministers without Portfolio, Chancellor of the Exchequer and Commissioner of Public Safety. Determines Force Commitment. Instead of a die roll on the Force Commitment Table, the Minister of State may decide to either 1) choose the column on the table used, or 2) send all brigades. If all brigades are sent, consider it to be a die roll of 7 for force organisation purposes.