There is always something going on at the Rat. It gets really rowdy at times, but you know that there's always a friend to get your spirits up if you are down, or to celebrate something great!
— A patron

A small bar situated in East Village at 58 St Marks Pl. It has a friendly, but run down atmosphere. In the evenings the bar is usually packed to the brim with regulars, often until late even on weekdays. During lunch time it is busy from workers nearby grabbing a burger and a beer.

The bar consists of a single room filled with tables and a long bar. At the entrance there are two round tables to each side with 4 chairs around them. After the tables on the right side starts the bar and on the left side is a long bench with tables in front. In the back is one large table for bigger groups to be seated at. All of the tables, the long bench and bar are made of darkened wood. The chairs are a mismatched collection of wooden, metal and plastic chairs as they have to be replaced regularly.   The walls of the place are covered in stickers, posters, tags, claw marks and some stains of suspicious origin. It is impossible to determine what the actual wall is made out of. The bar features two tv screens. One on the back wall and one towards the entrance behind the bar. At the end of the room are two doors. One leads to a stair case to go up to apartments or downstairs where the bar has a small kitchen and storage. The second door is to a small restroom with a toilet and sink.

The bar is owned by an elderly couple who help out around the bar most of the time and are highly respected within the neighbourhood. The core staff consists of two bartenders, two waitresses, a cook and a manager. There is also a small part-time staff that consists of students and ex-cons that fill in shifts as necessary.

The bar is frequented by workers from the neighbourhood and the members of the East Village clan. As a result the bar is mostly known as a cop bar and doesn't have too much trouble with rowdy patrons. That being said the clan members get into brawls regularly amongst each other.   The presence of ex-cons in the staff does lead sometimes to a tense or awkward situation but the owners make it clear that conflicts are not welcome. There were only a few situations where they had to throw out one of the patrons, though they always make sure to side with the ex-cons when possible.

The bar generally has background music that is not too loud, which makes it easy for guests to talk to each other. On some days, local sports games are shown which are frequented by the same regulars. Once or twice a month, a band performs a set or two in the back of the bar. The bands that play are usually local. I'm getting the regular NY bar vibes you see in series like Friends and HIMYM and I like it! Since it is known as a cop bar, are common folk hesitant to enter it and enjoy a game of sports? I can imagine it can be intimidating to sit between all cops. ^^   Keep up the good work! I'd love to read it again when it's more fleshed out! :D

Thanks! It certainly can be, tough its probably more intimidating to sit between a bunch of werewolves! ^^

Nice and succinct. I like how they have the occasional brawls (unscheduled) and rock bands (scheduled), those tidbits help breathe life into the article.   I'd like one or two sentences about the place itself at the start, summarising some essential details about it.

Thank you for your comment! I expanded the intro a tiny bit.

Small typo I found early on: "wall and one twards the entrance ."   Short and to the point, but without coming off as list like or just a reading of facts. Nice job. Has the presence of a werewolf clan (or clans) led to any problems in NYC, with the high population density?   Is the bar marked in any way, even by smell, that keeps other supernatural creatures away?   Is there ever any tension between the ex-con staff and the mostly police clientele?

Add a sentence on your last question! As for the presence of werewolves in the city that is pretty common. This clan keeps the precinct / neighborhood save and keeps any undesired supernaturals out! They themselves are well integrated with city live and have various coping mechanisms to deal with their high energy. Though nobody is perfect so there are still more brawls than in a humans only bar.

This is a interesting take on a tavern!, I see that its in my hometown as well!, Overall it's a good article, I want to see it expanded in terms of drinks and menu and i want to know more about the staff and the patrons. but overall a good article!

Thanks! I don't feel that there is more to say about the food and drinks. Its a simple bar, there are no fancy options and the twilight wine has its own article to read up on :)   Maybe I will at some point expand on the owners, but I am not sure where I want to take them.

At first I was, hmm why the mismatch and frequent replacement of chairs, untill I came to the werewolf brawls, and was Aaaaahh yeah new chairs make sense. 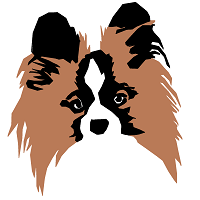 Nice article with good set of facts. The article nicely describes the bar, and it gives a good picture what kind of place it is. The article however feels bit like a list of things, and I would have wanted more explanations for why things are that way, but that is just what type of articles I like. There are so many lovely, interesting things in the article that made me want to know more of them that it was bit annoying. For example: Why is the bar named Angry Sewer Rat? How did the elderly couple get the bar? Why are the walls covered with posters, stickers etc. are they there perhaps to hide older the claw marks and stains? Overall, you have done great job of describing the bar and I really like the concept of it.

Thank you for your kind comment! The article could definitely be expanded, but as it is just a minor tidbit in the setting I didn't feel the need to go into too much detail. Leaves more room for readers to fill in the blanks!   The name is maybe from a rat infestation, which is why the couple got the bar for very cheap when they were younger and have been running it ever since!   The walls are really just mostly covered because people keep putting stuff up and its not worth the effort cleaning it all the time!

Thank you for taking time to explain things! That is all very interesting, and I really like it how the name might be linked to it how the couple got the bar. It’s true that it’s good to leave room for readers to fill the blanks and not to spent too much time on less significant parts of the world. In my own writing I know that I am often guilty of overexplaining everything.