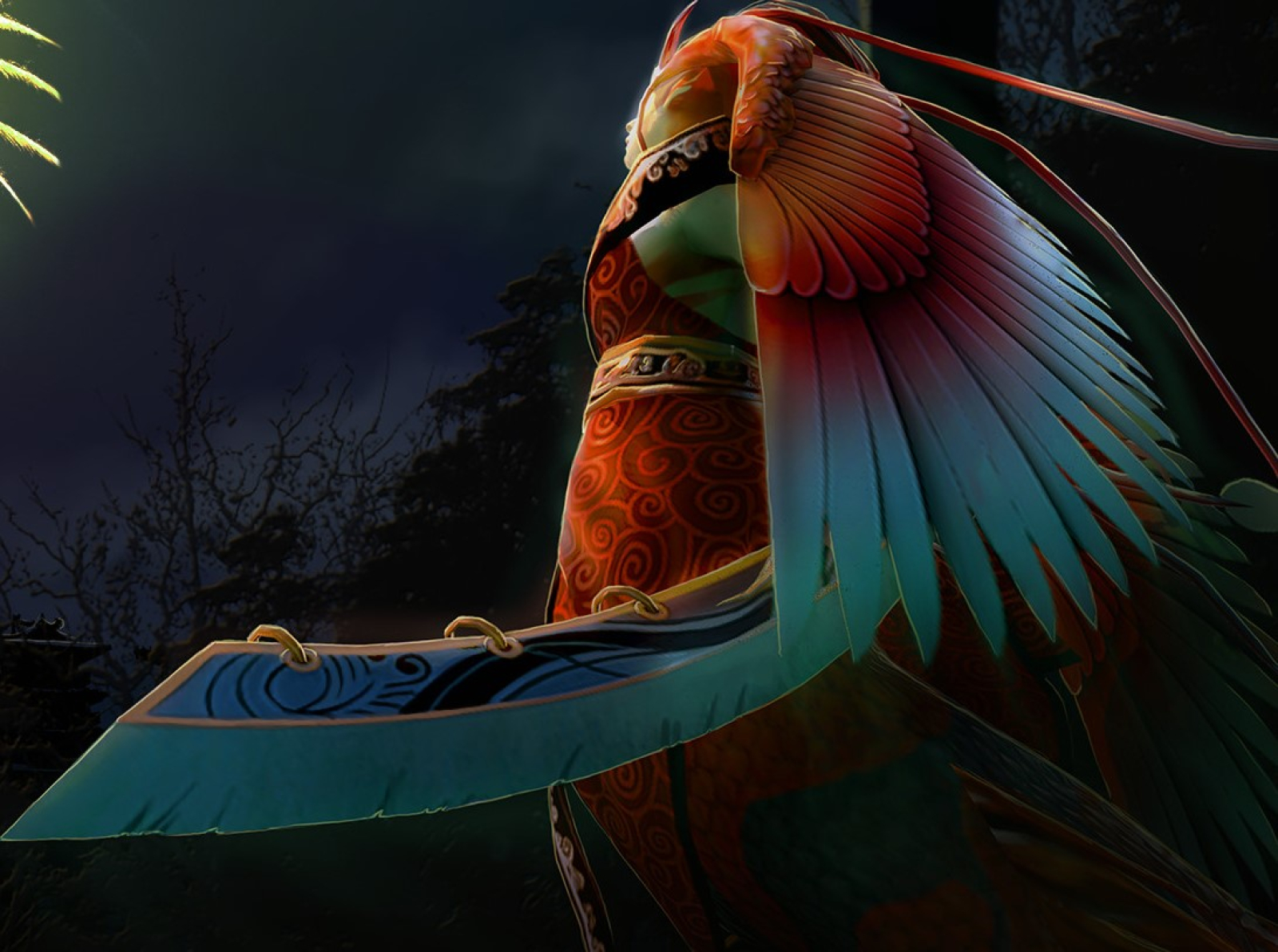 The Women's War. A somewhat accusatory and misleading name for a civil war. The women refer to the many wives of Uetzcayotl the Great and their attempts to press the claims of their own sons.   Of course, this is a huge oversimplification. In the time of Uetzcayotl, Sangsalgu as the 'place of four cities' had not really taken hold in the minds of many of its elites. Usually, by rights of inheritance, it is the first son who in inherits his father's place.   And while it was assumed by most that this would be the case here as well. It became apparent, as the time to the emperor's death grew closer, that the families of rival cities would not be content to swear allegiances and tribute resources and be regulated to vassal status; not when they can gamble for a claim of their own.

Uetzcayotl was leader of the Sang but never a Speaker. It was a time when Sangsalgu was still a vassal to Ocumtit but showed signs of being a growing economic power independent of Ocumtit's machinations. Regardless, there was no bad blood between anyone, largely because of Uetzcayotl's legendary charisma, and a solidified marriage between one of the Pointed Chief's daughters.   She would have been Uetzcayotl's third wife which was problematic to other Ocumtit nobles who thought it elevated an over mighty vassal to equal status. The fact that she was a third wife, and unlikely to have inherited Uetzcayotl's possessions, further stupefied them as to their Chief's thinking.   Ridiculously, Uetzcayotl would brazenly marry twenty more women of influential cities, within 10 years. Many sensibly believed Uetzcayotl to be a growing a coalition to oppose Ocumtit's many years of supremacy. But those of great political acclimation suspected that he was chronically over promising which would eventually circle back to his detriment.   However, Uetzcayotl would never have to address these promises because he eventually died of old age. On the third day of his death and before the Advisory Council even had a chance to make a formal proclamation, Ocumtit descented and blocked the great Causeway.

Contrary to popular belief, the emperor's first wife, Acolcayotl, did not order soldiers from the other districts to surround Ocumtit in-turn. That decision came from her great-uncle and the son who was meant for the throne. It is at this point there are three armies on the move for reasons outside of the inheritance issues inside Sangsalgu.   It should be remembered, though, that the gathering of these enemies were the end results of years of politicking involving foreign interest and domestic snubs.

The Women's War was a half year long conflict for Sangsalgu succession and it took place during one of the most torrential rainy seasons in recorded memory. A period of such random rain storm stirred the waters beneath Sangsalgu, pelted combatants and risked large masses of men to threats of lightning.

Siege of the Causeway

Worried for the potential rise of a son of Atzacualco on another strategically important trade route, Ocumtit leaders moved to barricade the causeway, line up their warriors and flank it with canoes. In response, Acolcayotl and her veteran uncle commanded the home cities of Atzacualco's sister wives to surround Ocumtit. In the meantime, Atzacualco's home guard and several of the Sang's core military orders established a front line to prevent Ocumtit from pushing into the city proper. Although, when they had a chance to do so, they opted to take control of the only land route instead.

While the orders were preoccupied, Texicot, who had been a harassing the the southern end of the lake city, took the death of Uetzcayotl as an opportunity to launch a massive incursion; using canals to travel deeper than the Teiks would normally dear. Average citizens rose to fight them off, as would be expected, but factions in the military independently determined that the Teiks were more of a threat and diverted to deal with them.

Coyoacans and Colhuacans had again started fighting each other on the water between them. Where previous conflicts had been over fish; it was now over princes, as Uetzcayotl had also married a few from either peninsular with wealth and status to be had for the winning side. Given how quickly the fighting exploded, it is a given that both sides were gearing for war well before the official opening of hostilities.

Acolcayotl was Uetzcayotl's first wife, yet the right of their son appears to have been a non-factor for the entirety of the war. This is because, while the internal obligations in Sangsalgu were slowly unraveling; Atzacualco who were suppose to muscle through their claim through Acolcayotl, were distracted by some small scale settlements punching above their weight, so were unable to send help in the war's early stages.

It is unknown to this day, whether intentional or accidental, as to how several mature heirs died (sometimes within seconds of each other) in the skirmishes with the Teiks which immediately struck everyone as immensely suspicious. It could all have been a coincidence. All the same, the heirs' mothers brought their children closer, safely in their own households and retracting their guards from the causeway and into the Sacred Precinct.   The princess Patli, fourth born daughter of Uetzcayotl and his second wife, had been in the Old Market with a few of her half siblings and rumoured Atzacualon lover, coordinating the counter attack when a contingent of guards arrived and ordered her and her extended family back to the Precinct. She refused and a scuffle broke out that led to the deaths of several of the dead Uetzcayotl's personal guard. Princess Patli fled, most confusingly, into the battle raging streets and channels. Dedicated army detachments were sent after her, but these fell afoul of a seeming rebellion that just decided to spring up unexpected.

In all the mythologies of the Red Moon; they tell of the tempers of women or the wrath of warriors. On this night, it told of both.

From the central palace, the council unsure of the deteriorating situation was trying to get as many eyes in field as possible by convincing Uetzcayotl's wives to loan their guards to the effort. The problem lay with the many captains of those guards not wanting to yield any men and making themselves vulnerable to the others.   Pointedly, the council also did not send out anymore of the Precinct's garrison for the same fear. Reports eventually started coming in describing the bloodiness at the southern chinampa and Ocumtit making a push into the city proper, but still everyone was too paralyzed to act.

Within the throne room sat a poorly carved stone chair draped in bear pelts to make it more impressive and perfumed to make working on it more bearable. Though the fighting was still far away, the bears spontaneously caught fire. No one died from this, but the event led to many accusations of treachery that culminated in a series of pitch battles within many of the Sacred Precinct's buildings. It is impossible to say who killed who and under which circumstances, but by the end of three nights, Qish'tallel emerged as the victor.

Those men who had been captured fighting for someone else, were convinced to take up arms again for Qish'tallel in exchange for a free passage home when they were out. But the plumed lady did not command them to reinforce the front still fighting and who were unaware as to what had taken place in the palaces. Instead, she had sent messages to friends in Coyoacan, entreaties to her own family and concessions to Texicot; all of which eased some of the pressure on her and diverted some stress onto Ocumtit's efforts.   Once the screams and curses had mellowed from the cityscape, then she gave the order to sweep the away the rivals who sprung during the fighting's early days.

One year after the recognized end of the women's war saw Atzacualco's focus unencumbered. During the war, the nobility heavily criticized their king for his inaction in defending his niece's son's rights and earning scorn. But by the end of Hualtla's first year, he had been ousted and an Atzacualco son put in his place without any express consent from Ocumtit.

The death of Lady Acolcayotl and the subsequent effort by the crows to write her and her son out of the conflict highlighted the strategies of pushing certain narratives first to distant or potential allies, which would be seen again to a confusing degree in the "Wars of Script and Pictures".   In the example of Lady Acolcayotl; Qish'tallel had convinced the unaligned and passive Coyoacans to swear allegiance to her cause by fibbing that members of her sister wives had secured a route for Ocumtit troops to descend on their peninsula by marching across the incomplete Dike and taking them unawares. The coyoacans eventually engaged an Ocumtit canoe force in an indecisive battle that still turned Qish'tallel's enemy away from flanking her position.

Break up the Sang's system of alliances

Survive and/or escape Sangsalgu
Conflicts
War of Script and Pictures

Answering: "Write about a conflict that shaped the political climate of your world."
Visit hughpierre's Competition Page Check all other answers to this prompt Competition Homepage