Having a naturally yellow tinged skin, Necahual only needs to paint her face with a powered tar and anoint her feet with an unguent of burned copal incense and dye.

Her hair reaches the shoulders and is twisted with black cord and wound about the head.   It is also dyed with black mud and indigo to give a shine to her hair.

She stains her teeth with cochineal and paints her hands, stomach and breasts with paint in a style like the painted tribes.   Although, not all of its designs can be seen under sang culture.

Necahual was originally taken in by Tlīltepoztli, the elderly leader of Joi, from a well-to-do family in Gein; as part of a diplomatic agreement. As per bride rearing tradition, care for the child's health and education would have fallen to Tlīlt. She, along with the other grooms and brides to-be, were not able to establish a close relationship with their 'mother' as would be expected.   Tlīltepoztli taught her the basics of homecare which included home decorations, childcare, food acquisition and management and preparation. However, Necahual was not so excellent a learner that she would garner any special attention, so she relied on a few close peers to understand the material.

Necahual left her home in Gein at age 6 as part of a diplomatic package and would never return. Though she will occasionally be visited by her elder sister during the beginning years of her rearing. Most of her childhood was under Tlīltepoztli's care in Joi, which is far more urbanized than her little hamlet in Gein.   Within Gein, she knew everyone. In Joi, she was able to integrate herself with a close knit peer group. On Sangsalgu's lake islands, the populations are even more closely packed, which often overwhelm her.

Affair with a Eunuch

Bor’n’Halle is a eunuch slave hailing from the Northern Range, captured by beron adventurers, tormented by a murtana and sold to the College of Birds as a porter, and finally purchased by Cuicacui for his skills as a herbalist in the state gardens and palace kitchen.   When on duty he is often aiding Necahual to cook in her private rooms or in managing her collections. Off duty, he is still often in her company or completing tasks on her behalf. Necahual seems to have developed a dependence on him with her husband being away for much of the time.

It has led to some suspicions of an inappropriate relationship. That she favours him too much. That he isn't really a eunuch. Though he didn't believe, or was perhaps indifferent, to such claims as saw Bor's castrated crouch himself. He eventually decided to sell him to the Snake Woman as a prophesier in dealing with an expedition near the deathpool.

As a topileh and ambassador in Joi for five years, Cuicacui would greatly befriend Tlīltepoztli and solidify a personal alliance with with her through marriage to Necahual.   Cuicacui, originated from far Tetela in Catkills, and earned his cuauhpipiltin status through extraordinary military service and international connections. He travels between the campans and the strategic provinces frequently leaving his wife to manage his estates and household servants and slaves.

Mētztlitōnal is in his final term of Cuicacalli in Cuepopan. He is on track to serve as a shield-bearers under an ocēlōmeh and is not like to see his mother for many more months at the least.

Tlīltepoztli is an elderly woman in her late fifties and de facto leader in Joi's ruling council. She has had a long-standing practice of trading children, boys and girls, in rearing for political advantages and supposed sexual favours.

These are two tells Necahual does when she is unsure of a social situation that makes her uncomfortable or is anxious about saying something.

That's two things your doing. Must be serious. What is it? Is she courted? Married? Pregnant?
— Bor’n’Halle

Necahual secretly likes cooking because it alot like potion making. It is a cooping mechanism for moments her moods turn sour. But as a noble woman, it is not an activity she is strictly permitted to do: a job for servants and an inappropriate pastime.

Weighing, measuring, tasting and experimenting; it was one of the few subjects I excelled at while in Joi.
— Necahual's thoughts

Necahual is surrounded by people who have great tastes in jewelry. Craftsmen generally make jewelry out of metal, stone, leather, wood, feathers, shells, and clay.

As a little girl, she had a speech impediment she was able to overcome. While at times, she internalized the childhood mockery, even as an adult she can fall back into internal self-loathing. Though, when in the company of close family and trusted friends, she can freely make jokes about her past lisp with them via exaggerated speech. 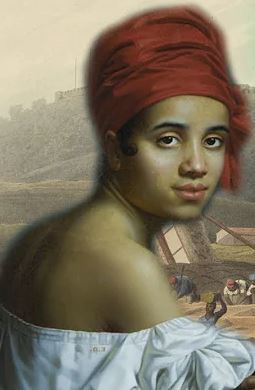 Under the Floating Manse

A nameless and informal student-run group of upper class girls of the cuepopan cuicacalli.

Remove these ads. Join the Worldbuilders Guild
In response to the prompt Create a love interest NPC for one of your PCs.... and add consequences!