As a macehualtin, Cuicac was destined to enter the Tetela Telpochcalli where he was taught the highest degrees of the sang curriculum.

Having proven his academic credentials, he was invited to attend the Cuepopan Cuicacalli to learn the finer points of martial skills and directing warfare.

A constable who owns staff in the army and is responsible for the welfare and physical training of the army porters and assistant youths. During this time, Cuicacui would serve in the logistics of the garrisons invited to defend Joi and guard the land bridge between Mist and Salt Side.

Two years after first being assigned to Joi, he was tapped to represent the will of the Sacred Precinct, in addition to Topileh duties. In the resultant five years, he would be away from Sangsalgu Proper; Cuicacui would forge some of his greatest friendships. It was also a time he would meet and marry a daughter of the Joi's ruler.

Cuicacui gained this position as a reward after successfully coordinating the army's retreat during the Sang's third mist incursion. It was the highest rank he would ever hold but not one he would ever act on because afterwards, he resigned from the army.

A class of high positions in the state apparatus. Cuicacui, specifically serviced the Snake Woman as a generic organizer for public events and personal scheduler for some of the highest personalities.

Cuicacui's first interaction with people outside the empire were the Joiy upper class and with whom he maintained several long distance relationships. These connections would become the focus of the state's efforts in displacing Krix Salt State's hegemony among the Salt States.   While browsing through the city's markets, he would carefully cultivate personal relations with regular visiting merchants by buying at inflated rates from them with in the implication that they would want to upgrade to selling outside secrets.   He would likewise coerce or befriend the lowest slave and servants, starting pochtecas and amantecas; and any family experiencing troubles. All for the promise of reward should they, by pure chance, come across anything politically relevant.

Member of the Advisory Council

As a teteuhctin, Cuicacui was twice involved in the election of the Great Speakers: Ilhuitl and Cipac. Such prospects granted him as many friends as it did enemies but his many diplomatic actions, up to and including political trading, manages to insulate him from retaliation.

Cuicacui's outsider perceptive and years of military integration is thought to give him a neutral position during private inter-familial disagreements. Accordingly, he also got a reputation of peaceably resolving domestic and international challenges. 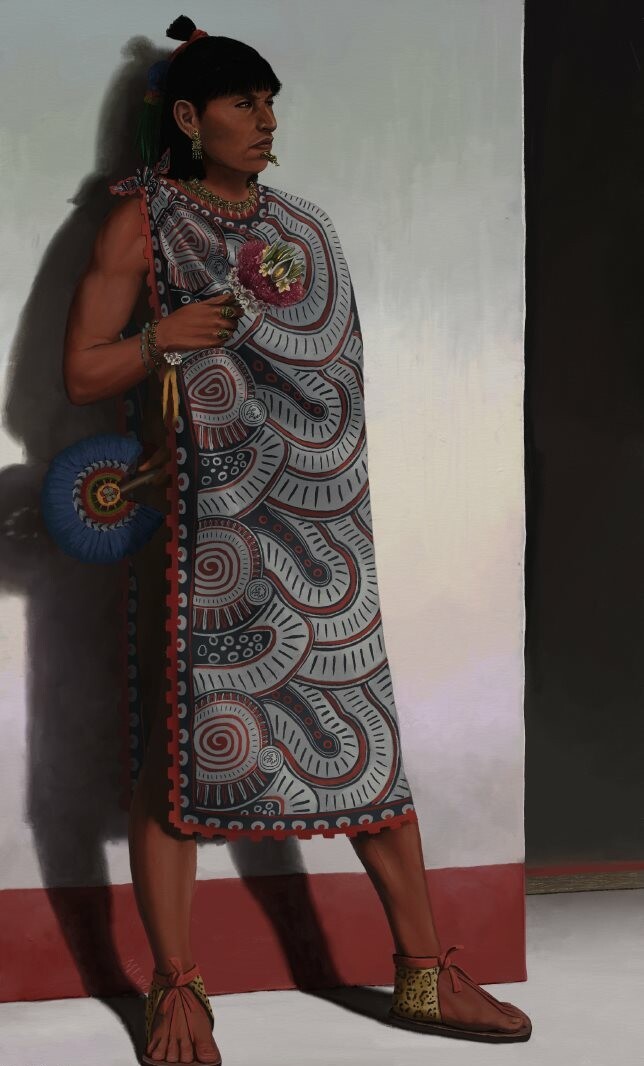 Answering: "Write about an unassuming character who secretly controls things from behind the scenes."
Visit hughpierre's Competition Page Check all other answers to this prompt Competition Homepage