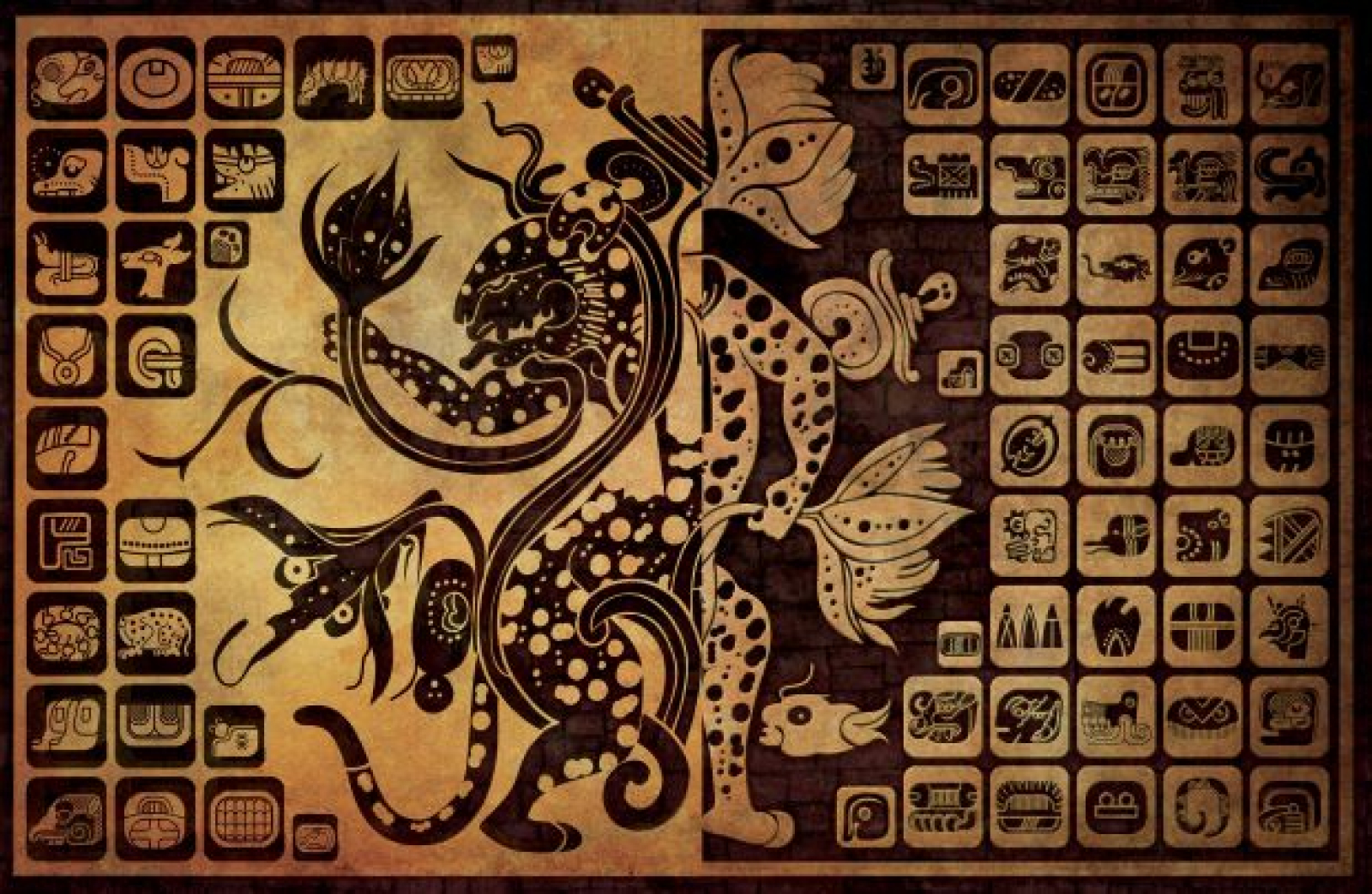 Pictograph Name
Dancing Owl
Arriving at the hill of Chapultepec
One citizen scorns another
Eating poo
Newly weds
Mother teaches daughter to weave
Exhaling Emperor
Sun covering
Meaning
Knowing a subject inside out with zero effort
When a great weight has been taken off the shoulders
Never scorn or undervalue people
A giver wants to consume again what has already left him
Showing romantic affection in greeting
To describe youth and the steps young people took towards adulthood
To describe the emperor and the importance of every word that left his lips
Death of a ruler, city, tradition or elder
Literal Translation
His nahual’s helping him
Time to bathe in Chapultepec
Never ‘belly-button’ anyone...
You can’t have your ‘cake’ and eat it
My heart becomes white, your heart becomes white
They begin to take on a face, a heart
His breath, His word
Today the sun’s covered his face

The Sang have carried their script with them to every new place they have journey to. From Atlan, their speech changed through their time in Northern Range and then Dragonsgrave, to their new home in Sangsalgu.

Tecpillahtolli is simply a distinct rhetorical style that adds to the regular words of macehuallahtolli. It is a high rhetorical style of formal oratory speech and poetical writings and a favorite technique of the high class who use this style in diphrasal metaphors, where two phrases are symbolically combined to give rise to a new metaphorical reading. Examples include:

As a sub-discipline to tecpillahtolli, a drummer slave might carry papers marked only with brush strokes. They tell the slave the rhythm to beat out with his hand on the drum as accompaniment to the poet’s recital.

It is expected for one’s body language to show the opposite of what one means in lordly speech. Especially given that there is no officially recognized written form, the grammar is extremely elaborate.   The peruser would have to be aware of the tenants of the subject as well as the intricacies of the culture of who had spoken. You could rightly point out that there is great potential for miscommunication, which happens often; sometimes by design.   The purpose then, is not just to seem more important, but for scrupulous groups to also communicate secret information in public or to purposefully provoke a war.