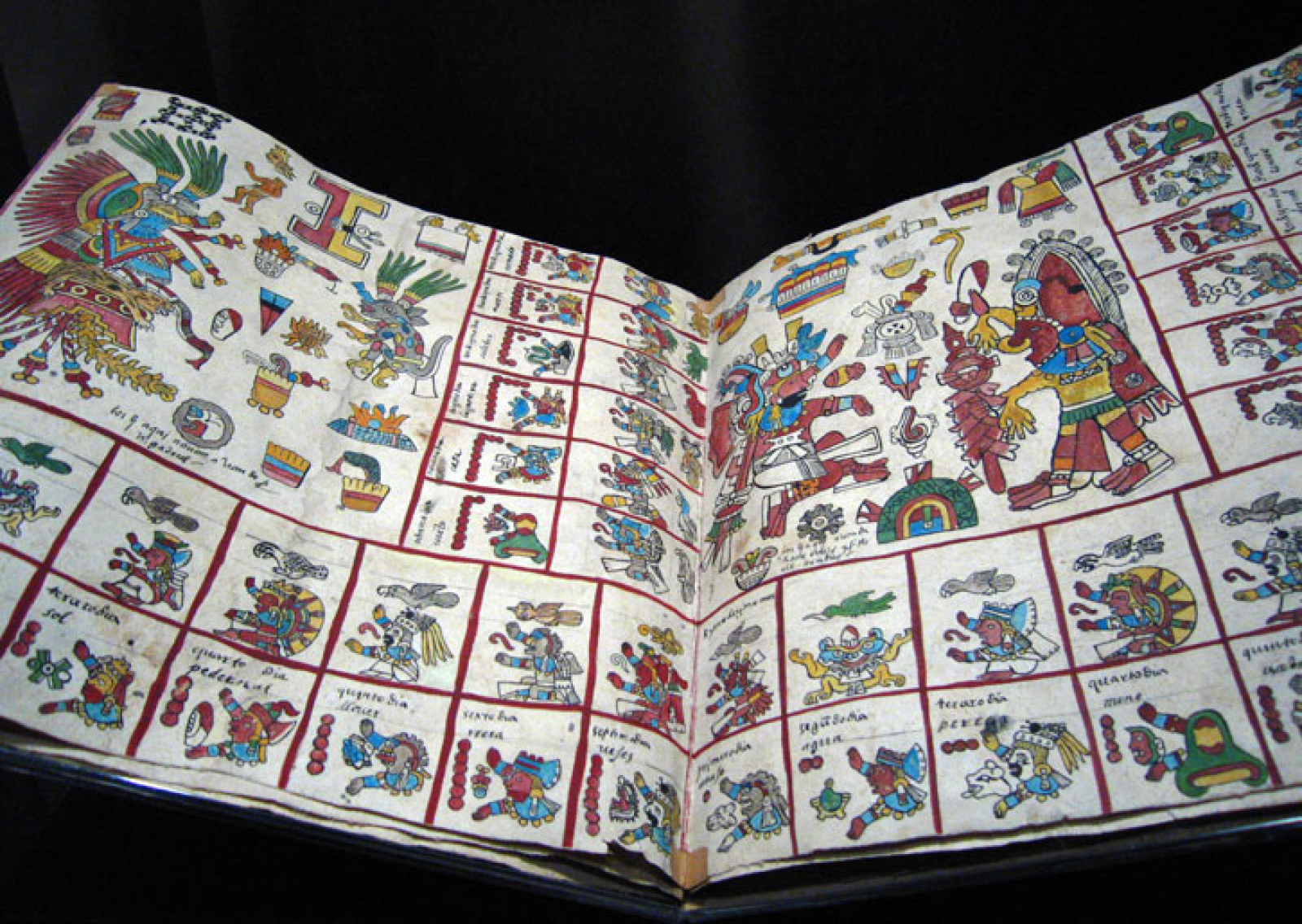 Customarily, drawings are read from left to right in blocks arranged in columns two blocks wide, with each block corresponding to a noun or verb phrase. However, some indication must be placed that the reader should do so, as to not jumble the sounds.

There is no alphabet, but puns that contribute to recording sounds. There are conventional signs for syllables and logograms which act as word signs or for their rebus content. For example:-

In instances where you need to write an inscription that must be read in some other direction—on a temple frieze or column, for example, where the architecture requires that it be read from right to left, or even from top to bottom.   When a scribe pictures two persons or two gods conversing, naturally they must be face to face. But there is one basic rule. The majority of all the characters must face in the direction the writing is to be read.

Picture writing having undergone a number of shared changes from its roots in Eeatian. In some dialects, the /t͡ɬ/ phoneme, so common changed into either /t/, as in Teek, Teik and Plain Toiks; or into /l/, as in that of the peninsula people.   Many dialects no longer distinguish between short and long vowels. Some have introduced completely new vowel qualities to compensate.   Others having developed a pitch accent, such as in Salt Side. Many still, also borrowed phonemes from the Rangers, such as /b, d, ɡ, f/.

Many of the valley's picture writing languages are polysynthetic. That is, many different prefixes, suffixes, postfixes, superfixes and subfixes to a root can be formed to the writer's will thus forming very long words.   The Sang utilize a logosyllabic system where words are composed of a combination of one logograph and 1 or 2 syllable blocks.

This takes up the majority of the writing space in the block and is representative of something in the material world.   Oftentimes, if a word is common enough, it would be shortened to only the logo glyph to be its own sentence.

These are phonetic complements to disambiguate logograms that can have more than one reading.   They could be positioned either on the far left of the logogram, or right beneath it; or both. 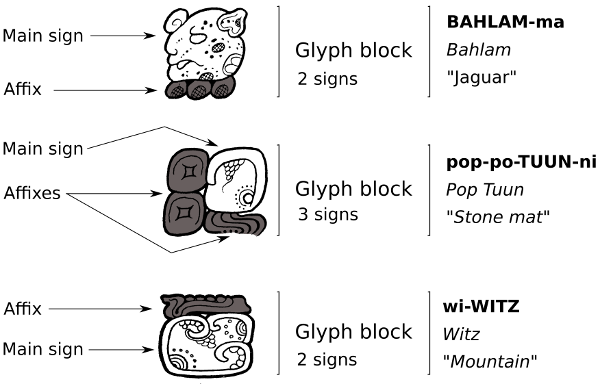 Plural forms of nouns are drawn and spoken by reduplicating the first syllable of a root to form a new word. For verbs, reduplication is often used to form a reiterative meaning or for emphasis.

Any possible orderings of the three basic sentence constituents are allowed in picture writing.   That is, it allows for sentences with omission of all noun or pronoun phrases or use them only for emphasis. Since any noun or verb in the language can be a full predicative sentence; nouns must also carry the same agreement prefixes as verbs, and so, predicates do not require any noun phrases to function as their arguments.

Simple phonological words allow only syllables with maximally one initial and one syllable consonant. Their distinct sounds are the result of the boundary cluster that forms a word or idea. Most dialects have stress on the penultimate syllable of a word and many unstressed syllables tend to disappear from words or become phonemic among certain groups. Some morphological units have two alternating forms: one with a vowel "i" to prevent consonant clusters and one without.   A common instance is the absolutive suffix "-tli" (used after consonants) and "-tl" (used after vowels). Some varieties, however, can formed complex clusters from vowel loss. Others have contracted syllable sequences, causing accents to shift or vowels to become long depending on whether a person comes from a tributary, strategic or integrated campan.

Tecpillahtolli does not have a written form. Though unofficial, there are scribes of a more creative means developed a fully syllabic script which could represent spoken tecpillahtolli phonetically, but it is largely unknown by most. And for those noble who do know of it, decry it as cheapening tecpillahtolli's artistic value. As it is used in formal prayers, private discourses of admonition and public discourses of investiture and songs.

It is common for the Sang to impose its own language onto the people they conqueror. Usually, over an extended period of time; picture writing is perceived as being of a higher status that stabilises or spreads at the expense of others that are perceived by their own speakers as being lesser.

They speak our language in deference to our superiority.

Overtime, the original the warg words were amalgamated into a common speech, while within the plain, and further changed again by interacting with their new neighbours. Being heavily influenced by the various valley peoples' use of 't' and 'i'.
Alternate Names:
Successor Languages:
Tecpillahtolli

The sang's number system uses base 20 for their 20 fingers and toes and for the number's importance in their calendar.   Any number can be represented by a series of dots within a matrix.   But practically, greater values have their own standardized symbols which can then be incorporated into larger numbers. Many multiples of 20 have other symbols of their own.

So this is basicly Nahuatl with Mayan hieroglyphs? :D Nahuatl is probably my current favourite language!