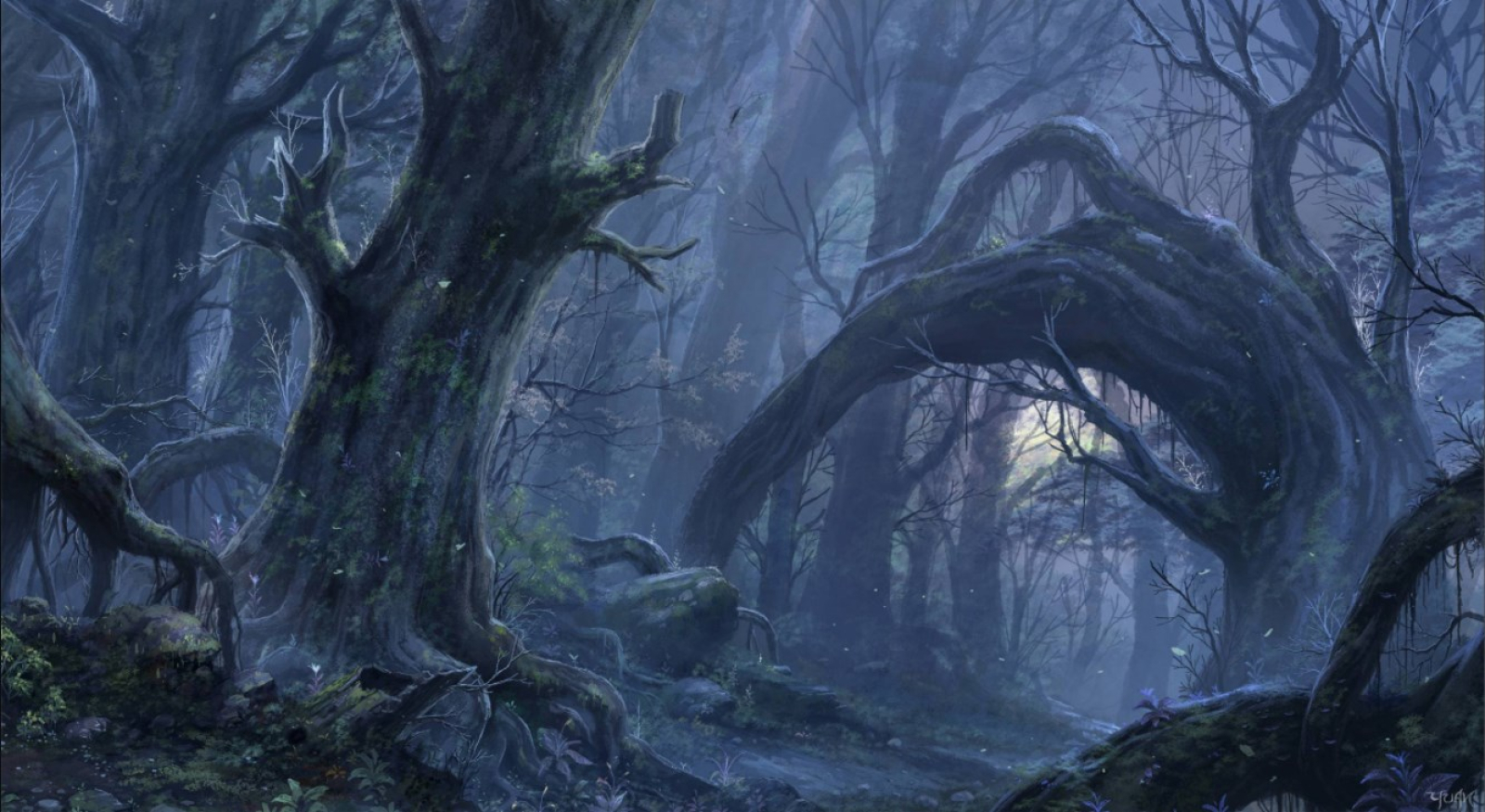 Daxu is one of the wildest planets in the entire Crucible, it is one of the only areas that has actively resisted urbanisation for any long period of time. The Encroaching grove is a testament to the tenacity of mother nature, here you will find some of the densest wildest forest on Daxu along with some of the fiercest flora and fauna you will see.   Starting from the northern pole of Daxu where the forest is nigh on impenetrable, very few souls have been to the northern pole and come back. It is called the Encroaching Grove because it is spreading, slowly but surely at maybe a rate of a few metres a month but the forest grows. It is bordered at 3 regions by the Bastion where extensive industrial efforts are ongoing to keep the forest back to protect the farming lands near the coast which are crucial to Daxian food production.   Tales are rife of hidden glades and clearings in the Grove where some ancient creatures and races still reside without access to Red Amber. Even wilder myths say that magic exists in some of the darkest deepest recesses.   The Daxian Enclave has offered up various rewards for anyone who can produce reliable working maps for the Encroaching Grove, so far Sol View Cartography Incorporated have tried but all they can do is produce satellite maps of the forest top and even that seems to shift and move every day.

At the very northernmost area there is nothing but tundra and hardy trees that can survive the cold, even the northern and coldest area is still covered in dense forest. As you get further south and towards the coast the forest becomes more populated with birch and oak and other more temperate trees, still equally as thick.   The terrain itself is incredibly pock-marked and not even remotely flat in any area, it is a winding labyrinth of hills cliffs, hidden canyons and meandering rivers.

None can truly report on what is in the grove, the Sol View satellites occasionally pick up glimmers of flying creatures perched on the canopy tops but never at enough resolution to determine what it is.   The many rivers that flow in and out of the tend to be the biggest sign of what lurks in the deepest dark of the grove when a carcass of a weird and wonderful creature washes up near the sea and is promptly taken away for study by the Daxian government.

No one truly knows what could be in the forest, some advanced scanners have determined there could be anything from minerals and ores all the way up to untapped Red Amber reserves hidden away.