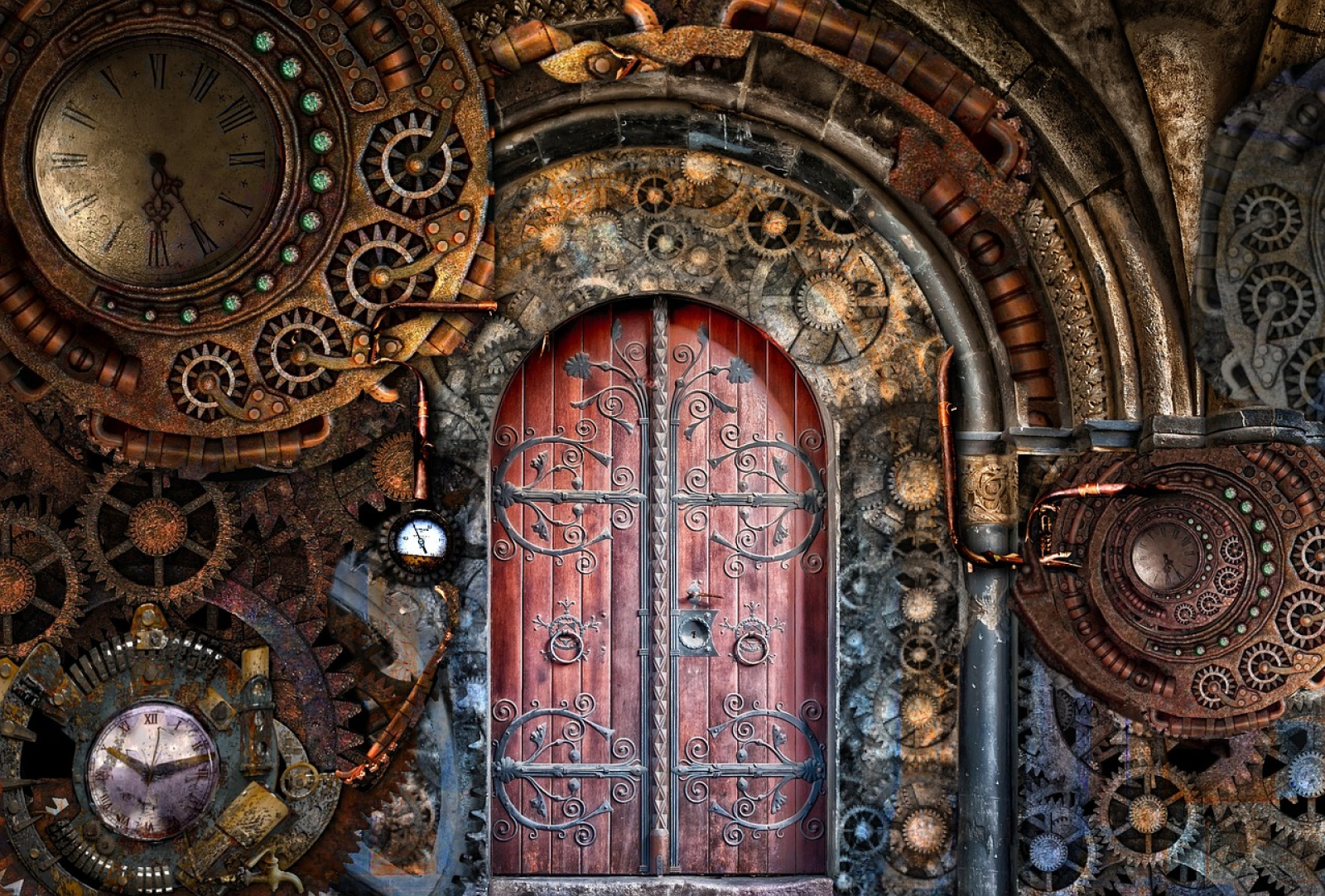 Ah, Elmazar. The gem of the Asharian monarchy. Few places in the world has more beauty than the Asharian capital city. Tall stone towers with intricate decorations of various metal types. A lot of industry, yet one of the cleanest cities in Shireon. The pinnacle of technology with the clockwork constructions.

Due to the mineral-rich mountains surrounding Elmazar, much of the city's industry is based on mining, purifying of metal, and metalcrafts. It is the only city in the world where clockwork constructions is an industry, and especially the intricate time telling machines are a popular item, as well as various curiosities as automatons and clockwork toys. These objects are also a tourist magnet, drawing people from all over Shireon.

The pinnacle of Elmazar's infrastructure is the Clockwork Gondola, travelling between Elmazar and Mandural every day. The gondola's station is the centerpiece of the Zuram Plateau, the business and commercial part of the city.

The Northpeak Miners is probably one of the most visible guilds in the city. They make sure the mines around Elmazar are run properly, and that the miners get the payment and working conditions they are supposed to have.

There are several noble families in this city trying to push their agendas both politically and financially. One of these families is the Monvern family.

For control of construction of clockwork constructions, and to keep an eye on who call themselves Clockwork tinkerers there is the Clockwork Guild.

The local lodge of the Ravenous Ravens, the Rustfeather Lodge, is sometimes noticeable, not by sight but by their deeds.

Elmazar is an ancient settlement, founded long before Asharia had claimed the region. It used to be a dwarven outpost first, since they found out how much metal it was in these mountains. Before they managed to do much with their newfound riches, the area was claimed by the old nation of Tec'lesh. The Tec'lesh weren't very technological, and although they did make mines to get to all the precious ores out of the mountain they were unable to do so efficiently.

As the Asharian army claimed the area for themselves back in 1287 the mines had barely made a dent into the amount of metal in the mountains. The Asharians quickly started mining operations to begin building up the area for their new city. The renamed the town from "whatever the Tec'lesh calls it" to Elmazar, and begun making an infrastructure that would be able to support the planned mining operations.

The mountains were richer than anyone had expected. Already by 1375 it was clear that Elmazar would grow even larger than the current capital city of Asharia - Mandural. It was then decided that the capital city should be permanently moved from Mandural to Elmazar since the current monarch liked the mining city better than the plains city. It took some years to get it done since new governemt buildings and a new castle needed to be constructed, but in 1413 the process was finally done.

As it begun to be clear for people outside Elmazar that the city had riches below the earth, a small delegation of dwarves moved to the city. They were awed by the amount of metal ores the mountain actually contained, and wanted to be part of it. By the 1600's their number had grown to over a thousand. They brought with them the patient skills of the dwarves, and opened workshops and smiths to make sure the mining business was done right.

In the 1700's the dwarves came up with a technology called clockwork. In the beginning it didn't do much, other than making small trinkets and toys, but as the technology evolved there seemed like there was no end to what the technology could be used for. In 1993 the current monarch decided that the road between Elmazar and Mandural was too long and cumbersome to travel, so he commissioned the construction of the Clockwork Gondola that should travel between the two cities, making the trip smoother and faster than going by foot or horseback. It took many years to plan and construct this gondola, but in 2087 the construction was done, and the travel time between Elmazar and Mandural was cut down by days.

Everything in Elmazar seems to be made out of stone. It's only natural, since the city is in the mountains. The small amounts of trees growing in the area needs to be used for firewood and, in some cases, roofs. Different metals are used as decorations of the houses, often in the form of beautifully crafted wall decor and discarded pieces of clockwork gear.

Elmazar is built up in the mountains of Asharia. The water from the river running through the city supplies it with some water. Since the landscape is sloped slightly downwards from the city, getting lower the further south you get, the view from some of the higher points in the city is magnificent, and one of the things that draw tourists to the city.

The mountains around the city is rich in metals and other minerals. Mines are scattered around the outside of the city. Naturally, since the city is up in the mountains there is also large amounts of stone to build from.
Type
Capital
Population
150.000
Inhabitant Demonym
Elmazarians
Elmazari
Included Locations
Owning Organization
Asharia
Related Professions

Parts of the city

Citadel of the Sky
The home of the royal family of Asharia. It's also the tallest building in Elmazar, and is surrounded by the Royal Park.

Zuram Plateau
This is the business and commercial part of the city, where most of the legal guilds in the city has their headquarters. This is also where you'll find most shops, and along the Curiosity Street you'll generally find the most interesting and unique ones. An important building in this part is the Gearport, which is the station for the Clockwork Gondola.

The Plaza of Dreams
A square in the middle of the city. This large, open space often has markets, festivals and fairs, and is a meeting point for the inhabitants of Elmazar.

Gear Junkyard
Part junkyard, part slum, this area is where the Tec'lesh live, and where all the unused or destroyed metal junk is disposed.

Citadel of the Sky

The royal castle of Asharia, located in the middle of the Royal Park in the city of Elmazar

The plaza in the central part of Elmazar, where festivals and markets are held. The home of the Time-Teller.

The heart of Elmazar's trading and business life, where most of the guilds have their headquarters, and where you'll have to go to catch the Clockwork Gondola to Mandural

Answering: "What’s the biggest city in your world, and what’s its history?"
Visit milladamen's Competition Page Check all other answers to this prompt Competition Homepage