Thieves, thugs, pirates, charlatans - the Ravenous Ravens are called many things, but they prefer to be called Ravens or Featherkin. There is a Raven lodge in every large city on Shireon, although some of these lodges are more secret and hidden from the public than others.

The Ravenous Ravens are divided into so-called lodges, which are found in most of the larger cities on Shireon. Governing all these lodges is the Nightfeather Lodge in Vobranas, which is also the oldest lodge in the Ravenous Ravens.

The Nightfeather Lodge
This lodge has a primary area of operation in Vobranas, Kupria, but it also functions as the head of the whole organization. The leader of this lodge, also called the Raven Lord, is also leader over the other lodge leaders, yet the other lodges are mostly free to govern themselves.
The Frozen Feather Lodge
The northernmost lodge is maybe also the lodge with the most freedom. The members of the lodge earn a bit less of the share than in other lodges, but the part they lose as income goes straight to bribing the officials to look the other way. Usually this means that the members have to do more severe crimes to actually be arrested here than in the other large cities in the world. Their headquarters is in the city of Niskala in Inmalenor.

The Arcane Feather Lodge
Being the local lodge in Lenthir this lodge is almost invisible to the general public. It's hard to do crime if the city guard has access to magic to help them solve cases and the like. Nevertheless, the Arcane Feather Lodge persists, although in a slightly different form and way of operation than other lodges.
The Scorched Feather Lodge
As the only lodge in Vulborim, the Scorched Feather Lodge is the smallest lodge in the main cities of Shireon. Its headquarter and area of operation is in the city of Kabaduz, and since the Vulborish culture generally disapproving of sneakiness there are surprisingly many members in this lodge - even though it has much less members than the other large city lodges.

The Stormfeather Lodge
This Lodge has their headquarters on an island in the Southern Coast. This is the lodge with the largest area of operation (if you don't count the whole Ravenous Ravens as the area of the Nightfeather Lodge) since they plunder ships and coastal towns in the area. They are also really into gunpowder.

How dare you call us thieves! I can assure you, all our intentions are honest!

The Ravenous Ravens' official agenda is to "offer protection for traders against thieves, gather information about individuals and organizations, and localization and retrieval of stolen property - for the right price". That the protection against thievery often includes the Ravens themselves, the information is gathered in slightly to highly illegal ways, and the stolen goods often is stolen by the Ravens is a whole different story and not something spoken about.

Everybody knows what the Ravenous Ravens really do, though.

The less public agenda is to try to keep a monopoly on thieving in the larger cities, to gather riches without losing their anonymity, and to recruit the best people for their deeds in exchange for certain benefits of being organized. The members, although having to give a certain share of their aquisitions with the Feathers, will get a small part of everything the Feathers collectively gather, a slightly larger part of everything they help gather, might be sprung out of jail if caught in some cases, and gets access to Featherkin-only services as fences, information and safehouses.

Although the members of the Ravenous Ravens are expected to wear the Mark of the Raven at all times, there are very few non-members who can spot a member of the organization. The Marks are still a well-kept secret of the Ravenous Ravens, and due to the many different designs there haven't been anyone who has managed to make the connection yet.

The Ravenous Ravens were founded in Vobranas back in 1394 when the first Raven Lord got sick and tired of the numerous criminal gangs and individual criminals fighting over the opportunities in the city. The members were recruited with promises of becoming the largest organization for shadowy deeds in the city, and get access to great opportunities of missions, Raven-only fences and information gatherers, and a piece of every valuable catch from the members. There were several people who were recruited through this first recruitment wave, yet many refused.

The second recruitment wave happened a year later. The Ravenous Ravens now had a considerable number of members compared to even the largest gangs in the city. The recruitment tactics weren't only to talk about all the perks of joining the organization - it came with an underlying threat that everyone not joining the Ravens would soon be out of business. Even more members were recruited, some a bit reluctantly, but they all found out that being a member had several perks far outweighing the perks of not being part of the Ravens.

The Ravenous Ravens soon had monopoly of crime in Vobranas, and other criminals were soon removed by either forcefully recruiting them, or through tipping the right officials about the non-members whenever a criminal act was done.

Slowly, the Ravens spread outside the city of Vobranas, and by the 1600s all major cities on the continent had their own lodge. The only large-city lodge from today that wasn't founded at this time was the Frozen Feather Lodge, since the city of Niskala wasn't established yet. People started slowly to remember the name of the Ravenous Ravens, and soon it was known that there were an organization by that name, but no one knew who the members were, or where they had their base. Rumors bloomed, and many stories, one more outrageous than the one before, were told in the corners of homes, inns and plazas.

In 1891 the leader of the Plainsfeather Lodge, known by the nickname the Dragon, tried to convince the other members of the Ravens that it was unfair that only the Nightfeather Lodge could have the Raven Lord. It was high time that some other lodge could get their chance to rule. The Dragon even helped with the founding of the Frozen Feather Lodge in 1924 to gain followers to his cause. As a very tenacious person, and obviously not pure human ancestry, he kept at it until 1963 when even the Plainsfeather Lodge got sick of his obsession with becoming the Raven Lord. The Dragon was stripped of his leadership and kicked out of the Ravens, while someone tipped off the local authorities and got him chucked into jail. No one is quite sure what happened to him after that. Rumors say he's still alive, and frequent both cities of Mandural and Niskala, but there are no proof.

The current Raven Lord, Oci, was made a leader in 2063 after working his way up through the ranks since he joined the Ravens back in 2050. 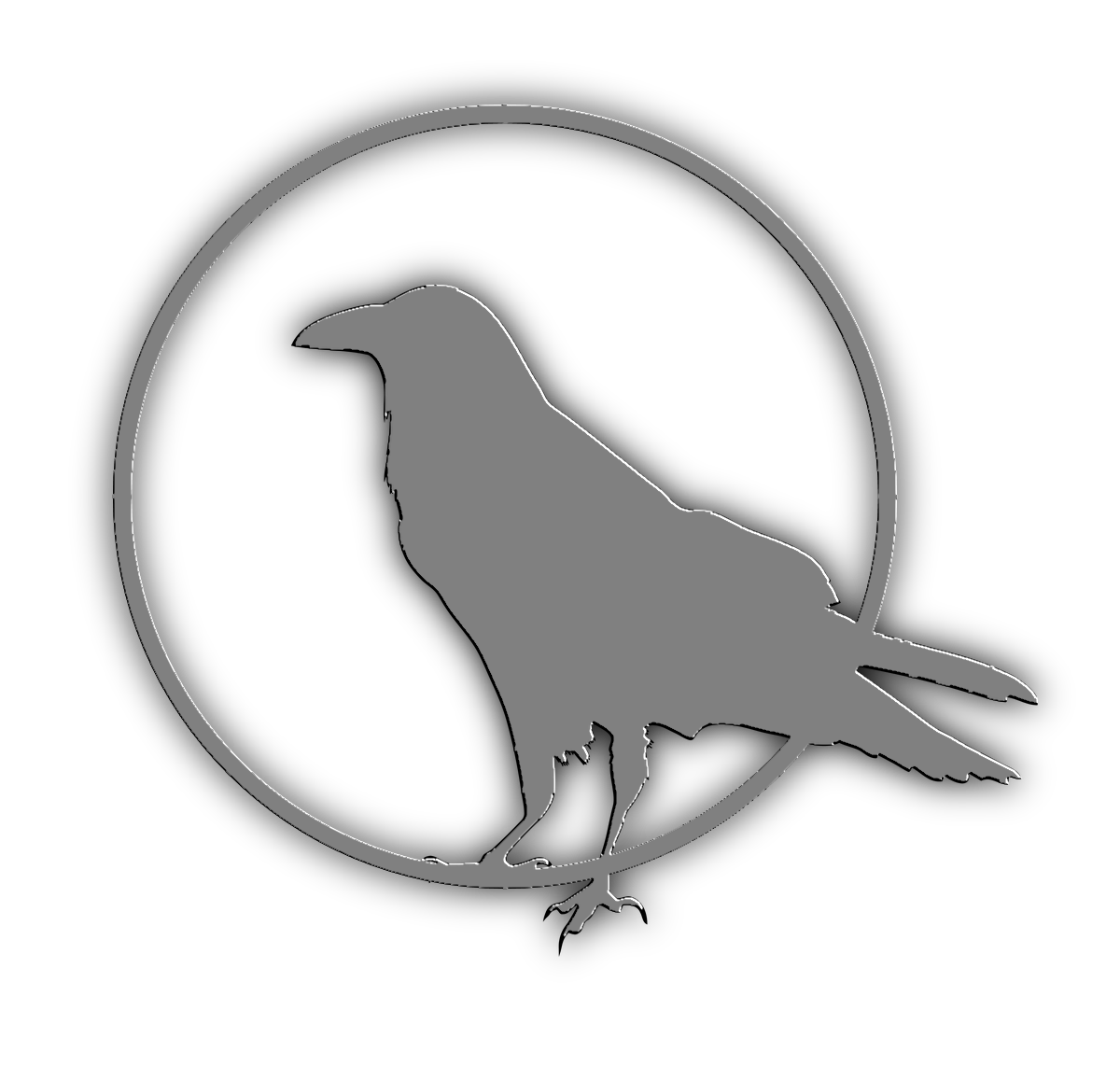 "In Shadow We Wait"

The Ravenous Ravens have their own secret language to communicate among themselves without being noticed or making sound. You can read an article about this language here:

The secret language of the Ravenous Ravens.

Answering: "Which criminal organization in your world is the most notorious, and why?"
Visit milladamen's Competition Page Check all other answers to this prompt Competition Homepage

Thanks to KyoAkashi for the name of this organization! <3

Nice layout for the different lodges, and I think "flexible views on the ownership of things" might be my new favorite way of saying "theft" :D

Thank you kindly! I'm sure I got that phrase from somewhere else years ago, so I can't really take credit for it, but it is a good way to say "theft" :3