The Empire of Lumiaron is geographically located on the penninsula of the Blutben and its surroundings. The most northern duchy is Laroche which is partially in the arctic circle. To the south of the Empire is large archipelago of islands, mostly inhabited by exiles from the Empire and the pirate type. Beyond that archipelago lies the open sea.


Nobles wear a special kind of Sash called The Noble Sash to indicate their rank and station.

Part of the marriage ceremonies of the Empire is the negotiation process with regards whose name and title the new couple will bear.   The partner whose rank will be conferred on the new couple is considered to get married (in the active sense). This is also called "giving the sash".   The partner who is taking the other's rank and name is considered be getting married (in the passive sense). This is also called "taking the sash."

Children of nobles go by the generic title of lord or lady and use the sash of their parent with gules (red) chevron hatching on the borders until they reach the age of majority when they are given their own sash.

Non-landed titles cannot be inherited.   For landed titles, the current holder may name of his blooded relatives as his heir. If the incumbent chooses not to do this, the candidates either engage in combat (lethal or non-lethal) or resolve the inheritance in some other way within two days of the death of the incumbent. If there is no resolution, the head of the local temple's monks picks the relevant candidate.

Generally speaking, tax rates are kept low as a noble who raises his taxes too high is likely to lose his tenants to other nobles. Peasant farmers are not tied to the land and are hence free to move should a noble be considered too much of a gouge. IN the cities, the guilds will collect member dues and pay not taxes but instead, give "gifts" to keep the nobles looking in the direction the guilds want them to look. Taxes are commonly applied to ensure road and town maintenance and to support the rechtshus. 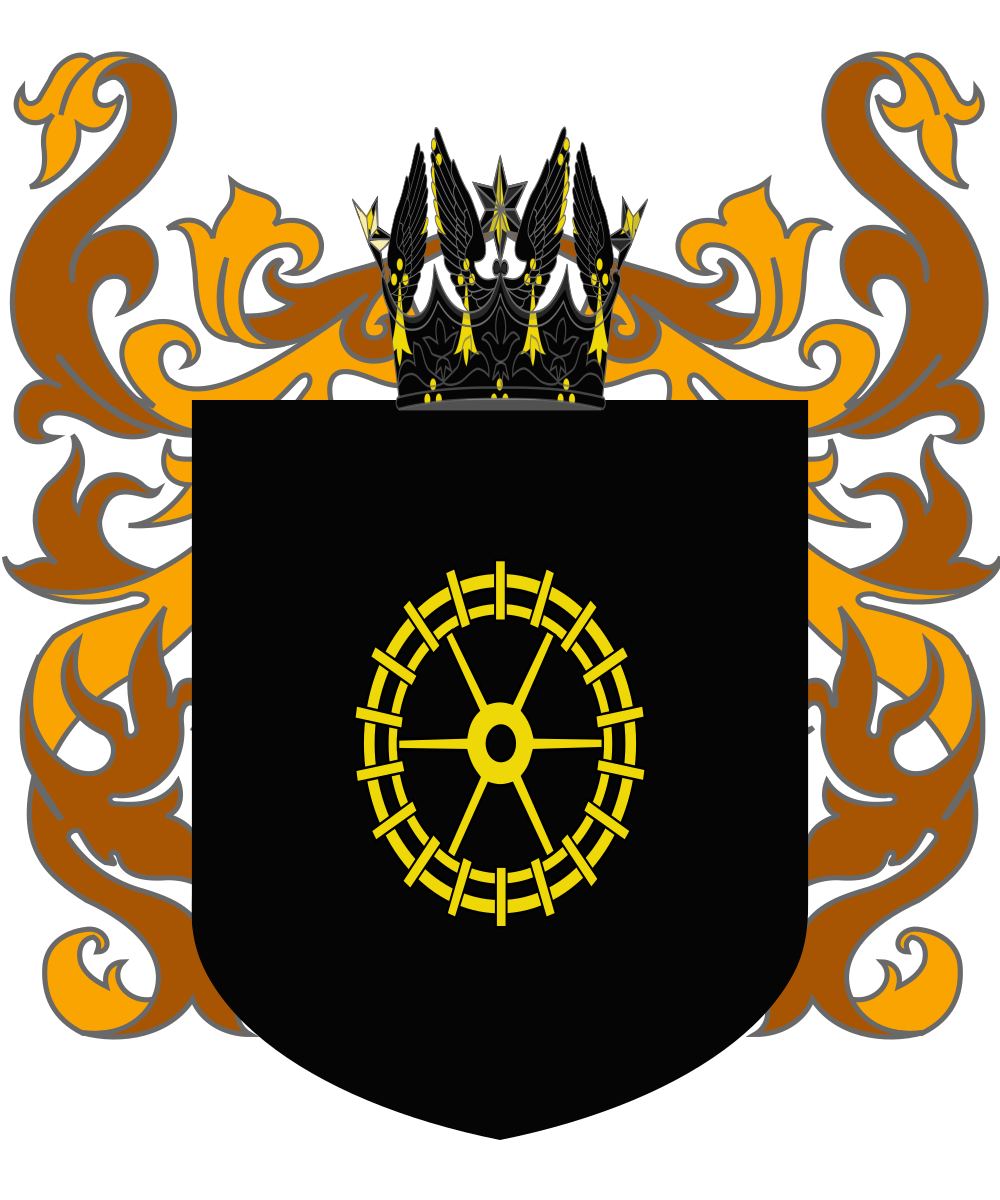 Judicial Body
The primary law enforcement in the empire is carried out through the Rechtshus
In the north, the system of Kymmyk Courts of Laroche is also used.
Official State Religion
Viero
Subsidiary Organizations
Related Ranks & Titles