Etendulat is the breadbasket of the Empire. This duchy has by far and away the richest farmland. It also contains the city of Somfaux which is the center of river barge trade as illustrated by The River Barge Way .
It is currently in a dire situation, Duke Gaspard of Eten died and he was the last person of the Line of Eten who had passed the Trials of Dusang. Eten is in a leaderless state and civil war looms.

Farmlands, the trade from the city of Somfaux, the canals dug by Gravastor, the mushroom known as Svamma 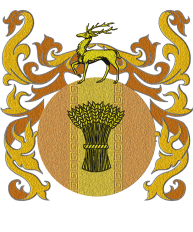