Laroche is the northern most duchy of the Empire of Lumiaron is considered something of a sleepy backwater by the rest of Empire. In fact they would largely be discounted by the rest of the Empire as "that place that lumber comes from" if it wasn't for two important attributes. The firs is that there are gems and precious metals in the mounts of Laroche.
The second is the Ducal Family of De la Roche. Widely regarded as one of the most politically adept families who excel in the Shadow Arts, the Snakes of the North as they are sometimes called are regarded by the rest of the noble families of the Empire as a dangerous and rather exotic breed.
It is known that the best (and most expensive) assassins always come from the north.

A loyal and insuler people who view the rest of the Empire with some suspicion.

Population: 3 million as of the last sensus.

The bulk of the population live in the close to Talvis, the only town of any size in Laroche. The Rullara clans that still exists in their clan structure live to the north of the Rocaille. Those Rullara clans that used to live between Rocaille and Talvis have largely adopted the culture of the mixed race Empire. 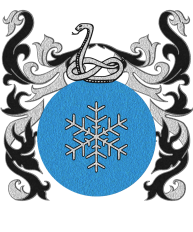