Imperial Lands is the name given to the Duchy ruled over by the Imperial Family of the Empire of Lumiaron. It is a large forested region with some of the best fishing seas available. The great capital city of Lumeax is located here.

Very proud of being the Emperor's own lands.

Population: 12 million as of the last census, a million of which live in Lumeaux. 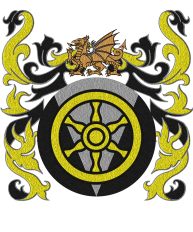