Named for the rebellious little sister of the first Emperor, Claudine, the little sister duchy is known for it's somewhat touchy nobles who have a penchant for leaving their The Noble Sash behind and going raiding.
The duchy shares the trait of limiting the role of woman in combat with Tranchelag. As they border Treval this has led to some diplomatic misunderstandings in the past.

A people fond of dueling and raiding with a bit of a chip on the shoulder.

Population: 11 million
Evart Town is a free city in Petiser 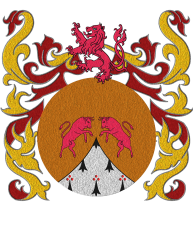