Famous for its foresters, scouts and the fact that only woman are allowed to own land, Treval is the westernmost duchy in the Empire.

An insular people who love their woodlands and marshes. They are aware what the rest of the Empire thinks of their tradition of excluding men from holding lands and they don't care.

Scouts, the giant welks from which purpure dye is made, Fishing, Svamma and silver 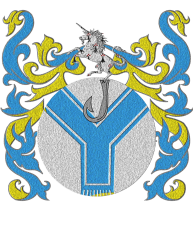