Guardian Mage (She, her)

Claris is one of the oldest members of the Crystal Circle and is the Guardian of the Crystal of Light. She is a short woman with grey, wiry and slightly wavy hair to just above the shoulders. In any other context than at Crystal Circle Island, her slightly hunched back and often shuffling as she walked, she could simply pass off as another old citizen of Bezélan.   However, if she had to draw on her power then she was a sight to behold. Or run from.

Despite her age, her eyesight was still near-perfect due to always carrying the Crystal of Light everywhere she went. If she was ever separated from it, her normal vision would be degraded significantly, though this would not be at the quality of eyesight as you would expect from a woman of her age.   The Elemental Crystals were powerful, but being able to harness their energy did not come solely from possessing it. A Guardian Mage would, in effect, be chosen by the individual Crystal and a link created between them. Thus, in Claris' case, the Crystal of Light improved her sight, while she remained alive and linked to the Crystal.

Far-Sight was a special gift from the Elements and while variants of it were not unique to the Crystal of Light (see that article and skip to Light Shards for more information), the way Far-Sight worked under its influence were hugely different.

As the name implies, Far-Sight enabled Claris to see across a vast distance, second only to that granted to users of The Lens.

If the Crystal required her to see something beyond a building or mountain then Far-Sight made that possible. As the Guardian of the Crystal of Light she could also will herself to see through such obstructions. Unlike the other Five Elemental Crystals, Claris' worked in both directions, a symbiotic relationship between the Element of Light and the Guardian Mage.

One aspect of the Crystal's nature was beyond Claris' control was that of seeing aspects of the future. She could initiate the vision through incantations, but after that, it was the Crystal and the Light that governed what she saw. It was one such vision in 534AFD that led her to warn the Crystal Circle that a Second Destruction would come, confirming what was said by the unnamed Mage present at the end of the First Destruction. However, Claris was never certain about when what she saw would come to pass. This led to most of the Crystal Circle disbelieving her with a couple even ridiculing her certainty over an uncertain vision.
^ Section Menu

See Ormàkai - the Crystal of Light, which was homed in a simple, roughly-carved staff. This also doubled-up as a walking stick, which she usually required for walking, not as a simple disguise for a mystical focus.
^ Section Menu

While members of the Crystal Circle were not strictly employed by Qal'ath they were funded, in the most part, by the Royal Treasury. The Circle's role was always the protection of the Realm, an early-warning sign or shield from dangers, designed to make military action one of the last resorts, where such a response was appropriate, anyway.   But the Circle did not see their role as a job, but a duty and one they carried out loyally. Claris was no different in this.

Claris is accredited with - if that is the correct term - reminding the Realm of the so-called Prophecy of the Seventh after the Crystal of Light granted her a vision of a flock of Ravens heading towards the Realm. That her vision was ridiculed by some also places this in the "embarrassments" category, though not as a failure. Her resolve was strengthened and from that moment, sought more signs of the Prophecy's fulfilment, in the hope of preventing or forestalling a Second Destruction.

Claris did not endear people towards her in any way, shape or form. She had a mission, or a purpose and made that her focus. This has led to her discussions with those in high authority, even King Carnael, to seem overly informal, when she simply wished to speak candidly. She had little time for those who ran amok on others, or cared little for their wellbeing. As, at AFD553, this included the King, a former friend, the Four and the Royal Guards often observed at the roughness of language she employed when speaking to him.   Her age and general societal exclusion - some of which was by choice - means many perceive her as gruff and grumpy. While there is an element (with a small 'e') to that, her mind is usually in multiple places at once and the burden of that has a tendency to push people away.   Those who truly knew her, however, were acutely aware of how loyal she was to the few who could claim to be close to her.
^ Section Menu 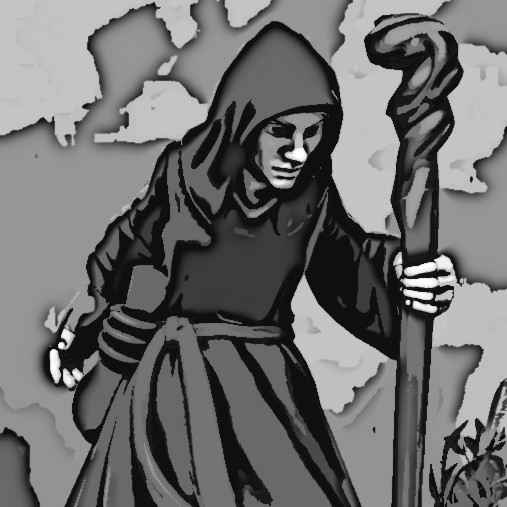