Nirryi Isle is an Island found at the Northern end of Lake Paxeux (article coming soon), which lies immediately East of Bezélan. Its only connection to the land is via a bridge to Bezélan Minor, though this bridge can only be accessed by walking along the South-Western wall, rather than from Minor itself.

Records from Qalathian scouts from the Founding at 350BFD reported intelligence regarding "Nànirryi Island". It seems it was previously named "the isle of everything".

Nirryi is a Foyiitùn term that, as with many "words" in that language, is made up of components: Therefore it could translate as "there's only nothing here" or "uniquely, nothing here".

Since the Foyiitùn Language Ban was brought into force, Carnael II had attempted to rename the many locations written in the language of the Woodsmen. And, as with most of these attempts, had little-to-no bearing on the official naming of the Island.   That said, citizens of Bezélan were never sure if a spy or soldier for the King were nearby and, if they had to mention the Island, called it "The Deserted Island". This did, through morphology of language, serve the king, since it became an object of humour when referred to as a "desert island", despite it only having one stretch of "beach" - and that was a pebble beach.

Lake Paxeux is fed by both the Blanànousii and Aszilousii, though the flow of former is guided West to The Well, meaning much of which surrounds Nirriyi Isle is from the latter.

The importance of this will now be explained:

The main reason that Nirriyi is such a verdant island, despite being mostly made of rock than Erdé (though the debate around which materials do and do not stem from Erdé will likely boil on for many generations) is because the Aszilousii flows from the Woodsmen island refuge of Elorah, whose lake is especially blessed by Erdé, Ethkiel and Orma. 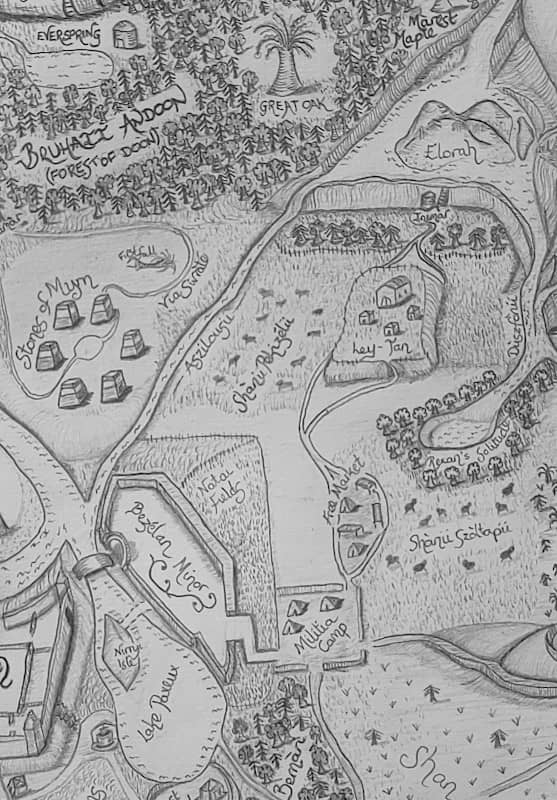 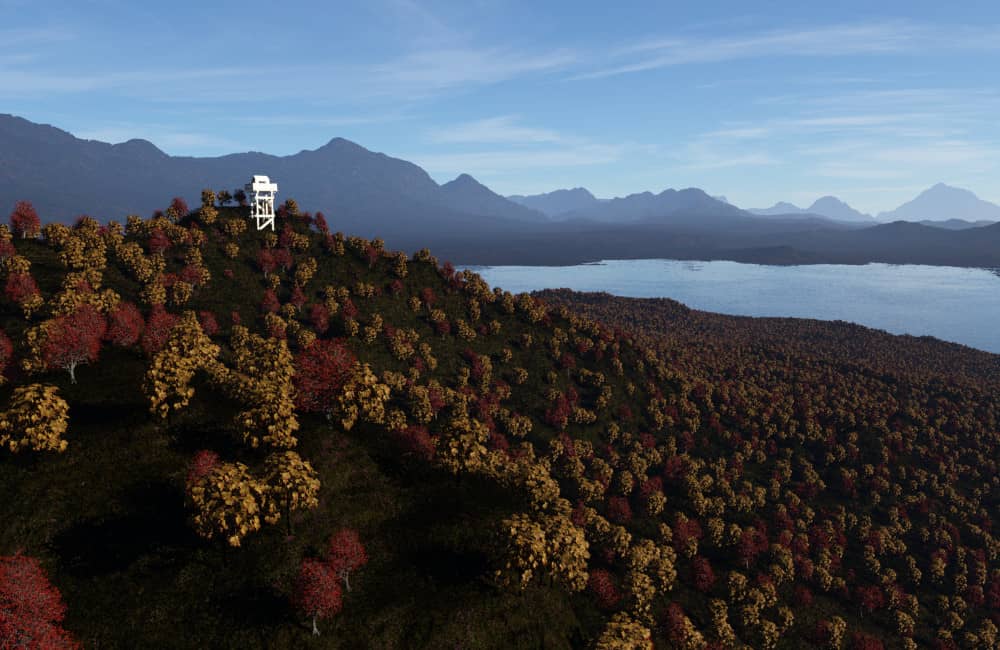 So, in terms of Nirriyi Isle, the Elements seem to have blessed it in much the same way as Elorah itself. A discussion of Elorah will have to wait for a separate piece or ten of parchment.   The Isle has no official residents, though both Claris and Jakarrn of the Crystal Circle have lived here for short periods, on and off, over the years between 524AFD and 533AFD.

It is a hilly island, comprised mostly of rock. While the ground does boast a range of grasses and flowers, there are no trees save a very small wood at the Southern tip that surrounds a run-down shack.

What make this island stand apart from other islands in the Erdàn Savànii is that plant life appears to spring from the very rocks themselves, even when no soil exists for it to grow in. While mosses and the like would be expected in such situation, that tall grasses and vibrant flowers would sprout with no root - and survive - has been the subject of discussion for scholars of the past. Nowadays, not only is Nirriyi Isle the "Deserted Island" but also the mostly "Forgotten Island". The only upside to this is that Erdé has had free reign, making Nirryi a true escape for anyone who sought it, for while it was left undamaged, an unnatural peace overcame most people who ventured here.

While Lake Paxeux draws many a tourist to Bezélan, this is viewed either from the walls or from the shore and no Raft Ferry service is provided to the Island itself. The reason for this was largely political and reputational. For if one were to climb to the summit of the highest of the hills, a view of Bezélan Minor would be plain to see. While you could not see the people from that distance, it did not take too discerning an eye to spot the mud and dirty-wood homes present in Minor.   As stated elsewhere, the entire "Social Filtering" system of tunnels through and under the Capital was designed to ensure visitors did not see the less-than-picturesque quarters of Bezélan. Thus did the last two Kings of Qal'ath, especially Carnael II seek to deter all who would come close to seeing the realities within Bezélan Minor, even from a distance away.

As a purely natural island with no clear settlement or inhabitants, Nirriyi Isle formed part of the attraction of Lake Paxeux as seen from the Capital or its shores. Potential property-buyers, or influential trades people would be greeted with Lake Paxeux and Nirriyi Isle in the distance to relax and calm them, in order to make them more amenable to generous terms.   But in terms of direct tourism, as stated above, no official way to reach the island was available to visitors from the Capital itself. 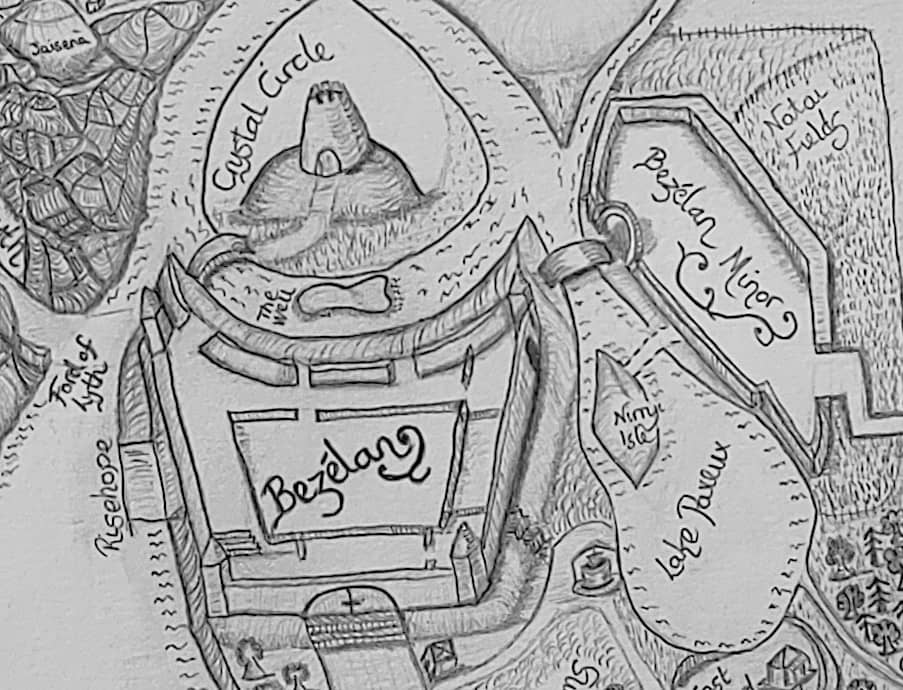